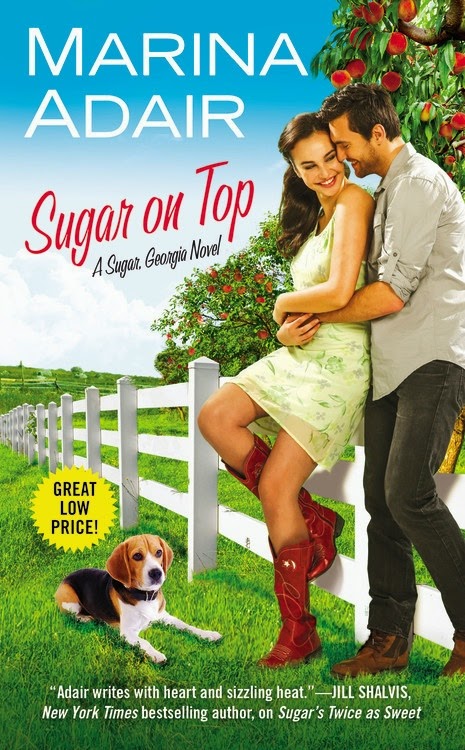 SUGAR ON TOP by Marina Adair (April 28, 2015; Forever Mass Market; Sugar, Georgia Book #2)
She's sassy and sweet
The last thing Glory Mann wants is to become chairman of the Miss Peach Pageant in Sugar, Georgia. Spending months hearing nothing but the clinking of pearls and judgment? No thank you! But when Glory is forced to take the rap for a scandal she didn't commit, the judge sentences her to head the committee. Even worse, her co-chairman is rugged, ripped . . . and barely knows she's alive.

He's ready and willing
Single dad Cal McGraw can't take any more drama in his life. After a difficult divorce, his little girl became a boy-crazy teenager and his hands are full. The last thing he needs is to spend his down time with the town bad girl. Glory is pure trouble-tempting and tantalizing trouble. But he can't deny the strong chemistry between them-or how her touch turns him inside out. Now as squabbles threaten to blow up the contest and the town of Sugar itself, Cal must risk everything on the sexy wild card to get a second chance at love . . .

SUGAR ON TOP is one of the best small-town books I’ve ever read.   From the first page talking about grand theft auto I was hooked!

Glory is pretty much from the wrong side of the tracks.  She’s the town’s bad girl that has a bad reputation and caused a lot of drama in the past.  She lands in trouble and is sentenced community service in the form of co-chairman of the of the Miss Peach Pageant with no one other than Sugar’s most eligible bachelor Cal McGraw.

Cal McGraw is a single dad trying to navigate the recent change in his daughter.  She’s not longer a little girl always needing him but a teen interested in boys and makeup.  When he’s assigned as co-chairman of the pageant he knows he doesn’t need any more drama in his life so he must stay away from Glory.  Except there’s one problem… he can’t.

**
“How do we go from charts to discussing my bedroom?”

His dimples flash and he said, “Sweetheart, any conversation with you always ends up with me thinking about your bedroom.”

Holy hotness this book was good.  Glory was so feisty and strong and she honestly made the whole book.  Her past was anything but fair or nice.   She was loyal to a fault and it made her so relatable and likeable.  She is the perfect heroine to read about in a story.

“Sometimes we do things out of desperation, tings that feel right in the moment but aren’t,” Glory said quietly.  “But one bad decision… doesn’t have to define you.”  And Glory truly believed that now.

Cal was also the perfect southern gentleman.  He was bold and strong and reliable… everything Glory needed and deserved.   His struggle with raising a teenage daughter and his need to protect her was endearing and so entertaining.  I loved everything about him.

“You, Glory Mann, are my world,” he said quietly.  “You make me laugh, make me question what I know, and you don’t take my crap.  You force me to be a better dad, a better man, and to try new flavors even when I am convinced they can’t be better than vanilla.”

SUGAR ON TOP was a happy, feel good romance.  The writing was effortless and entertaining to read.  I devoured this book and I’m so excited for the next one.

4.5/5 FANGS
**Complimentary copy provided by publisher in exchange for an honest review. 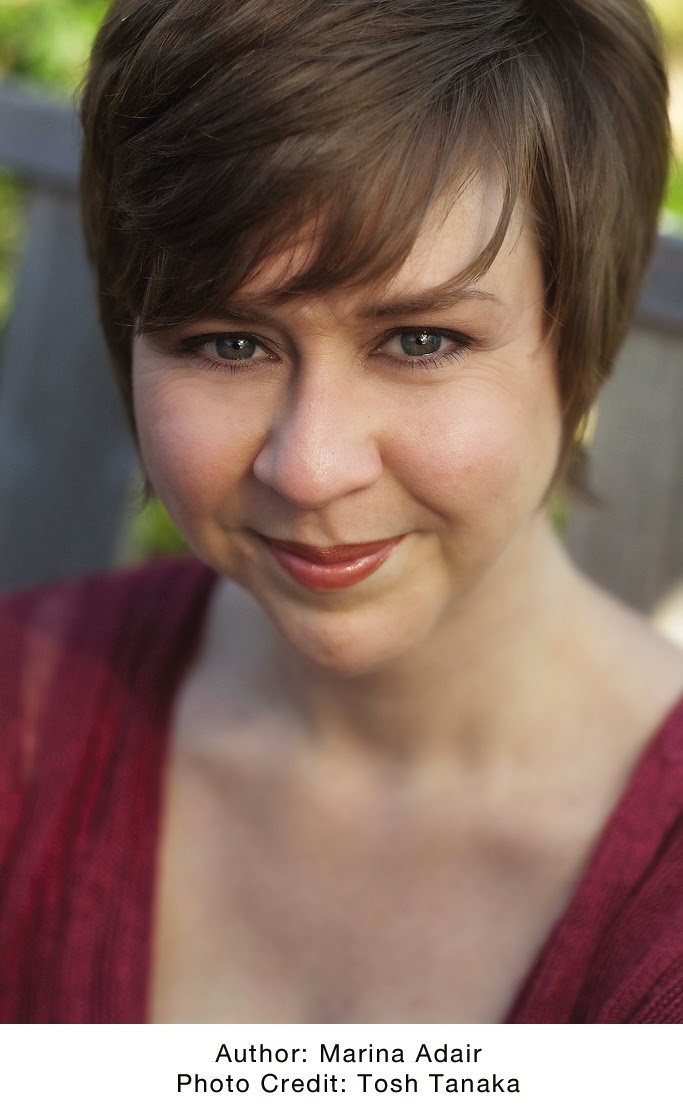 Marina Adair is a lifelong fan of romance novels. Along with the Sugar series, she is also the author of the St. Helena Vineyard series and the upcoming Shelter Cove series. She currently lives in a hundred-year-old log cabin, nestled in the majestic redwoods of the Santa Cruz Mountains, with her husband and daughter. As a writer, Marina is devoted to giving her readers contemporary romance where the towns are small, the personalities large, and the romance explosive. She also loves to interact with readers and you can catch her on Twitter at @MarinaEAdair or visit her at www.MarinaAdair.com.