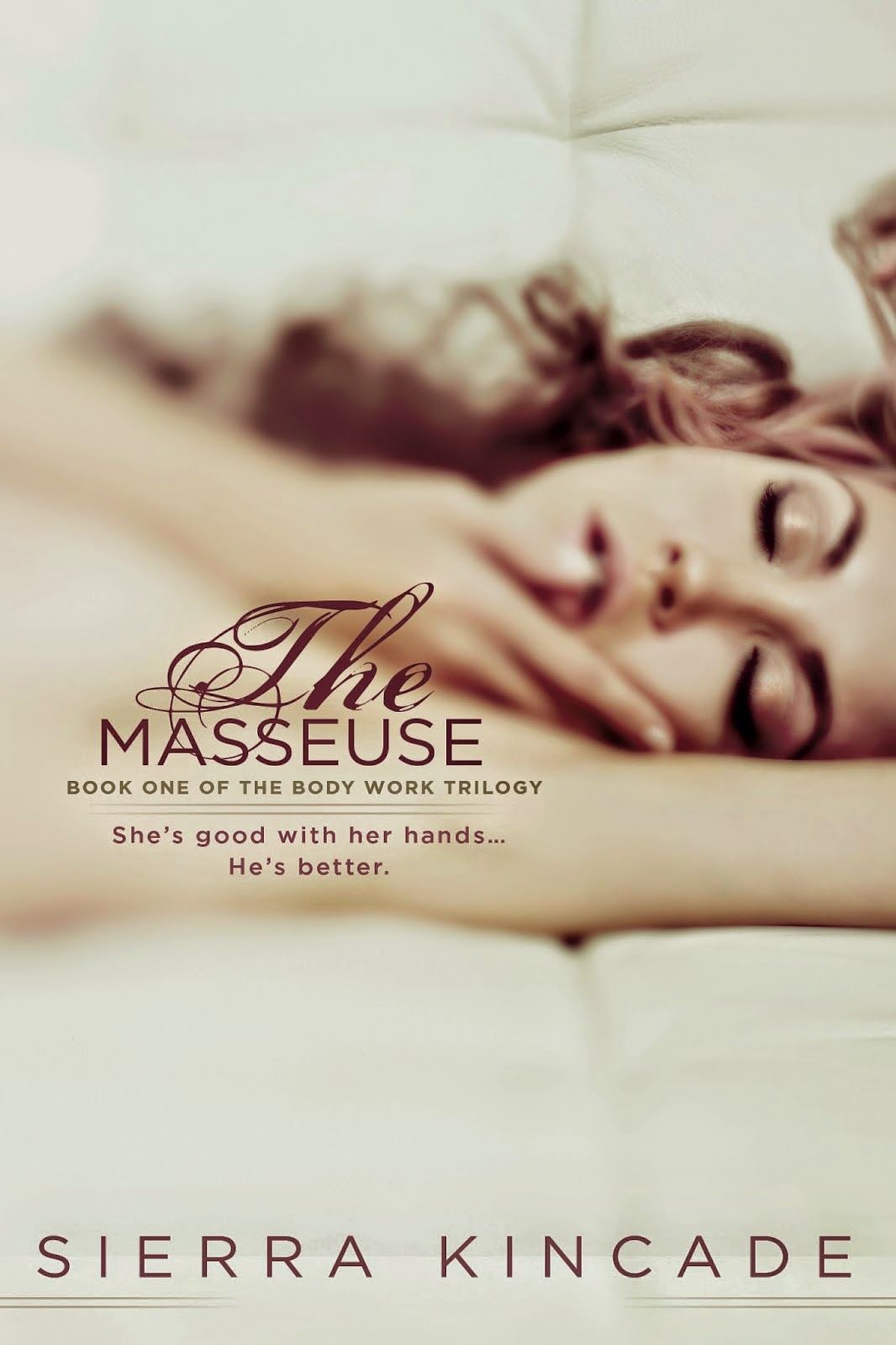 The Masseuse
By: Sierra Kincade

First in the sexy and suspenseful Body Work Trilogy
Anna Rossi lives by one simple rule: don’t get attached, don’t get hurt. But Alec Flynn doesn’t play by the rules…
Anna never takes on a massage client without screening him first, but the paycheck offered by billionaire Maxim Stein is too good to turn down. Stein is the richest man she’s ever laid her hands on, and despite the risks, she trusts that she can take care of herself. After all, she’s handled difficult clients in the past. What she isn’t prepared for is getting caught in a compromising situation by Maxim’s tall, dark, and gorgeous bodyguard—or the desperate desires he awakens in her…
Alec is dangerous. The mysterious, hard-bodied man is completely irresistible and won’t be refused, no matter what walls Anna puts up to protect herself. But as Anna falls fast for his careful ministrations and mind-blowing skills, she begins to realize that giving herself over to a man with so many secrets isn’t just putting her heart at risk—it’s endangering her life…

Anna has a fear of being left, so she stays in charge by always being the first to leave.  Moving around from state to state, never staying in one place for more than a few months, she ends up in Florida with her best friend.   Her friend helps her get a job at a local salon as a masseuse.  A local billionaire requests Anna for her services and she cannot turn down the money.   Arriving a bit early, she parks away from the enormous house to get her nerves under control.  That’s when she meets “Neighborhood Watch”- AKA- Alec.

Alec is a total mystery.  He’s tall, attractive, and a total alpha.  Even though her instincts are telling her to run, the physical connected between the two of them is too strong to ignore.  The only problem is that Alec is hiding a secret, or several secrets, and he won’t let Anna in at all.

Despite the secrets, Anna can’t resist Alec.  And slowly, she tries to break down his walls and get him to open up.  Little does Anna know, the secrets he’s so desperately holding on to could destroy them both.

I really enjoyed this book.  It was a bit different and the writing was entertaining and flawless.  I felt the connected between Alec and Anna come alive on the pages.   Alec was a hot alpha male and I loved everything about him.  This book does end on a small cliffhanger.  Nothing major or stress inducing,  but enough to make me want to jump in the next book right away.

***Complimentary copy provided by the publisher in exchange for an honest review.