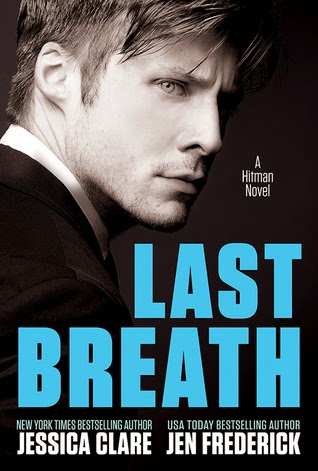 MrsLeif's Review
Regan Porter wishes the last two months were nothing but a nightmare. She has been kidnapped and sold. Now, she is in a brothel in Rio, until Mr Freeze says so. The things she has had to endure would break anyone, but Regan is a survivor. She will fight until the end. She had developed a reputation as a "bitter",  but who could blame her.  When she is told to leave with an American, she has nothing but contempt for him until she realizes he's here to help her and he is the only one who can keep her safe.

Daniel Hays has a one track mind. He wants to find his kidnapped sister or die trying. When he is told by his friend to find Regan, he can't walk away. After visiting so many brothels and seeing so many broken women, he feels responsible to help her. Meeting Regan throws him for a loop. She is different and he can't seem to leave her. He also realizes he will kill anyone who interferes with his plan to keep her.

This book was awesome. I love both characters and I just don't know how Regan was still standing and not crying in a corner with a broken spirit and banging her head on the wall.  I can't begin to tell you how grateful I was that Danny was there for her. She needed an assassin and he was perfect for the job. I also loved the humor which I felt was missing from the first book in the series. The book is action packed and the only thing I was rooting for is for them to be able to leave Rio asap.

"Until my last breath"

Oh goodness… this book has to be one of the best books I’ve read in a while.

Last Breath picks up right where Last Hit ends.  Daisy and Nikolai are never allowed to return to Russia again, so they send their friend Daniel to search for Regan.  Regan was sold into sex slavery after being kidnapped just for being a friend of Daisy’s (Read Last Hit to get all the intense details).  Regan has endured more than anyone should ever have to endure.  Being given to men who have thought of her as an object instead of a human is how she has lived the last two months, until the smart mouthed American comes in the door wanting to buy her.  At that moment she knows things are about to change.  She will either die soon by the hand of this American, or finally be free of the life she has been living.

Daniel is on a mission.  After his sister Naomi was abducted from Cancun he has been searching every brothel he can for the last 18 months.   When his “friend’s” girlfriend’s friend is kidnapped, he agrees to help search for her while he is searching for his sister.

This book was truly amazing.  I really liked Last Hit but I LOVED Last Breath.   Regan was such an amazingly strong character.  She has been through so much and is truly a survivor.  Even though she had her moments of fear, she was still so up beat.

He gives me a speculative look.  “Do you promise to stop crying?”

For some reason, this makes him laugh.  “I think we can manage that.”

Daniel was also a great character.  He was so helpful with Regan and everything she has been through.  He also brought a lot of the humor into every situation, which Regan needed.  I am so happy I decided to read this one.  I laughed, I cried, I felt all the things I needed to feel.   I can’t wait for the next book to come out!