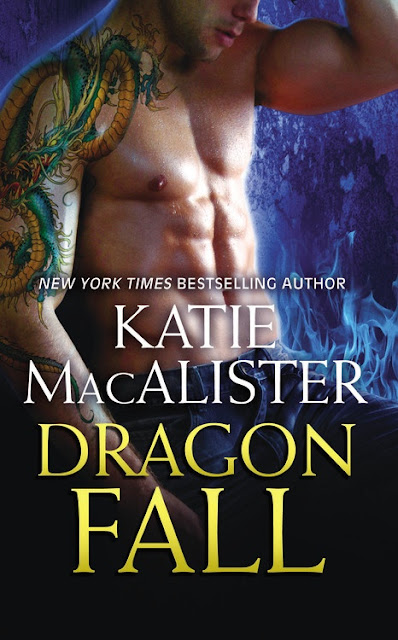 For Aoife Dakar, seeing is believing-and she's seen some extraordinary things. It's too bad no one else believes that she witnessed a supernatural murder at an outdoor fair. Returning to the scene for proof, Aoife encounters a wise-cracking demon dog-and a gloriously naked man who can shift into a dragon and kiss like a god. Now thrust into a fantastical world that's both exhilarating and terrifying, Aoife is about to learn just how hot a dragon's fire burns.

Kostya has no time for a human woman with endless questions, no matter how gorgeous or tempting she is. He must break the curse that has splintered the dragon clans before more of his kind die. But his powerful attraction to Aoife runs much deeper than the physical-and there may be more to her than even his sharp dragon eyes can see. To survive the coming battle for the fate of his race, he needs a mate of true heart and soul.

Aoife Dakar must be dreaming. She witnessed when her date died and then after calling the cops, the man shows up without a scratch on him. Of course the cops think she is crazy and she's taken to a mental hospital. Before her date "died" he had given her a ring.

Fast forward a couple of years and Aoife is out of the mental health facility. She's sure that  the supernatural doesn't exist. Therapy and electric shock treatment have assured her of it. However, this doesn't last long once she is almost ran over by a talking demon-dog and a naked man lands on her beach proclaiming he's a dragon.  Aoife can't believe it, she is not crazy after all!

Kostya is a black dragon. He's in search of a way to break the curse to stop the war between dragons. Falling in love is not on his list. He can't have a mate, his ex- girlfriend had made him leery of taking one. But, Aoife with all her questions might drive him crazy but he can't deny their connection or his desire for her.

This is great book to read when you want something fun. It's has silly parts, the drama is non existent. I would categorize it as a romantic paranormal comedy. For me, it hit the spot. I wanted something light, to make me smile. Jim, the demon dog made me laugh every time he talked.
I liked Aoife. She was nice and sweet. She was super tolerant of Kostya's broodiness. For someone who had spent two years in a mental hospital she was not angry or traumatized.
Kostya's denial of his connection to Aoife could have bothered me in another context but since Aoife took it in stride I let it slide too.
My understanding is that this is a spinoff of Aisling Grey: Guardian series. If you are a fan, Aisling is present in this book too.


A complimentary copy was provided by the publisher  in exchange for an honest review.

For as long as she can remember Katie MacAlister has loved reading, and grew up with her nose buried in a book. It wasn't until many years later that she thought about writing her own books, but once she had a taste of the fun to be had building worlds, tormenting characters, and falling madly in love with all her heroes, she was hooked.

With more than fifty books under her belt, Katie's novels have been translated into numerous languages, been recorded as audiobooks, received several awards, and are regulars on the New York Times, USA Today, and Publishers Weekly bestseller lists. A self-proclaimed gamer girl, she lives in the Pacific Northwest with her dogs, and frequently can be found hanging around online.