Blog Tour, Review and Giveaway
Call on Me (Loving on the Edge #8)
by Roni Loren 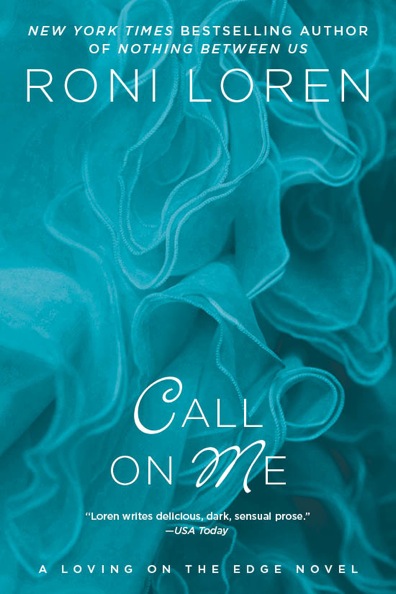 Oakley Easton wants two things: to be a good mom to her daughter and to ditch her less than ideal night job. Hooking up with bad boy drummer Pike Ryland? Not on the agenda. She needs a promotion. Not sex, tattoos and rock ’n’ roll.

Pike isn’t about to let Ms. Prim and Proper shut him down so easily, especially when he stumbles upon Oakley’s sexy night job. She’s only playing a role on those late night calls with strangers, but when he gets her on the line, all bets are off. He won’t stop until that sultry voice is calling his name for real.

But as they move from anonymous fantasies in the dark to the flesh-on-hot-flesh reality of the bedroom, the risk of falling in love becomes all too high. And the safe, quiet world that Oakley’s worked so hard to create is about to be exposed to the one person who could ruin it all.

Oakley Easton is a single mother to her high functioning autistic daughter Reagan. Years ago she used to be a singer but she left her career behind when she got pregnant. To make ends meet, Oakley takes a second job as a telephone sex operator.  This has made her jaded in regards to relationships. No man can stir any passion in her. She takes the phone calls at night while she does her daily chores like cleaning, laundry, cooking.  Everything changes when she meets the sexy drummer Pike Rylan. Worst of all he soon learns her secret!

Pike has a successful career and he has good friendships but his life hasn't always been that good. He carries baggage and the last thing on his mind is to fall in love like his friends have until he meets Oakley and Reagan. Little by little this sexy guy starts falling for the woman and his daughter. Instead of running away, he moves forward.

“Are you always this cocky?”
“No, it’s dialed down right now. I can get way worse.”
She stirred her drink. “Not. Possible.”
His lips spread into a menacing smile. “Challenge accepted.”

I have to admit I have only read one novella in this series. However, I don't think you need to read the other books to enjoy this one. If anything it made me want to go back and read the rest of the books. I'm guessing there is some BDSM theme since The Ranch seems to play a big part in this series. Not so much in this one.
Pike has some dominant characteristics but I wouldn't label him a Dom. He learned what he liked with Oakley and it work for them.
Oakley was a strong heroine. She wasn't going to mess up her daughter's life by bringing someone over whom she couldn't trust. She liked Pike and she tried to avoid him in the beginning. She had been burned before and I respected her for trying to put some distance between herself and the sexy drummer.
When Pike was trying to win Oakley, he won me. He was a great guy, hot, smart, tender, and had a dog. Best combination ever! I enjoyed his camaraderie with the rest of his friends.
After I finished reading Call on Me, I know I won't miss out on any other Roni Loren's books.

“So I’m wooing you over to the dark side?”
She smiled. “Maybe. I don’t know if the formal stuff would be my thing. If you made me call you sir, I’d probably want to punch you in the throat.”
He laughed. “No worries. Supreme Master of the Universe would work just fine.”


Excerpt
She startled and stiffened, instantly yanked out of her less than PG thoughts. “What?”
He leaned back in his chair, vague confusion on his face. “I asked if wanted to keep working in that back room? We could rehearse at the studio once they’re close to being ready to record. But until then, it’s probably more trouble than it’s worth to cart everyone over there. It’s not that big of a place.”
“Rehearse in the back room?” she repeated, running the words back in her head to make sense of them. “Oh, right, yes, that’s fine. I’m sorry. I thought you said something else.”
She eyed the small bellini she’d ordered with her meal. Maybe that had been a bad idea. She was hearing things now.
Screw in the bathroom? How the hell had she gotten that out of what he’d said? Of course, now all she could think of was him doing just that—taking her by the elbow and leading her to that dark alcove at the back of the restaurant, pushing her up against that wall with the faded Italian flag on it and putting his hands all over her. She licked her top lip, tasting the sweet remnants of her drink. Pull it together, woman.
Apparently, once her libido had been brave enough to peep its head out, it had decided it was Groundhog Day and needed to run around, declaring spring was coming early. She hated to break the news, but nothing and no one was coming anytime soon.
“What did you think I said?” Pike took a long sip from his drink, his snake charmer eyes never leaving hers.
She followed suit, hoping the fruity drink would cool off more than her throat. “Doesn’t matter.”
His lips twitched. “You’re all red.”
“I think it’s the bellini. I don’t drink very often.”
“No way.” His expression turned smug. “You thought I said something dirty, didn’t you?”
“Huh?” She smoothed her napkin in her lap, trying to loosen the tightness in her voice. “No. Why would I think that? You’ve been very professional since we got here—which I appreciate by the way.”
His gaze slid lazily down her body, like butter melting over toast, and goddamn it all to hell, she could feel her nipples go hard and obvious beneath her bra. No wonder he’d figured it out. Her body was waving all kinds of flags in his face. Hey! Over here! Horny girl, booth eight!
“I am capable of being professional, you know,” he said, but his tone was all sex and sin. “I’m also more than happy to turn that off when the occasion calls for it. So why don’t you tell me what you thought you heard and why it’s gotten you all flushed and nervous?”
“I’m not nervous.”
He grinned.
Dammit. She schooled her face into a stoic expression. “The music is too loud in here. I thought you propositioned me to defile the restroom.”
Hie eyebrow ring twitched. “Now you’re just trying to turn me on with those big, stiff words of yours.”
All she heard was big and stiff at first, but she managed to rein in her temporary insanity. “We’re so not going to do this.”
“Well, probably not here, you’re right. I saw those bathrooms. But—“
“No, I mean, any of this. Flirting. Teasing. Whatever this is.”
He leaned onto his forearms, looking all too pleased that he’d gotten a confession out of her. “You got a guy?”
“No,” she said before she could get wise and fib.
“Then why can’t we do this?”
“Because I’m not interested.”
“Liar.”
She huffed. “Are you always this cocky?”
“No, it’s dialed down right now. I can get way worse.”
She stirred her drink. “Not. Possible.”
His lips spread into a menacing smile. “Challenge accepted.”
About the Author 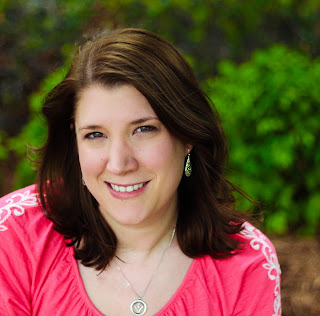 Roni wrote her first romance novel at age fifteen when she discovered writing about boys was way easier than actually talking to them. Since then, her flirting skills haven’t improved, but she likes to think her storytelling ability has. Though she’ll forever be a New Orleans girl at heart, she now lives in Dallas with her husband and son.

If she’s not working on her latest sexy story, you can find her reading, watching reality television, or indulging in her unhealthy addiction to rockstars, er, rock concerts. Yeah, that's it. She is the National Bestselling Author of The Loving on the Edge series from Berkley Heat.


Custom 4-Pack of Brownies from Wicked Cupcakes (US ONLY), a $25 Gift Card will be sent if winner resides outside of US. 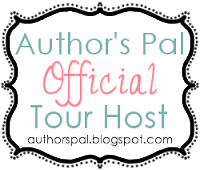