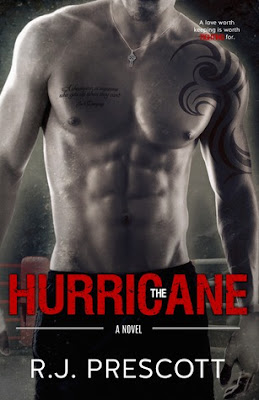 I don't know where this book has been my entire life, but I am so glad it somehow found it's way into my life. I must have been in the perfect mood for this book, because I could not put it down. My thoughts were consumed by this book, and I needed to keep reading it. It was impossible for me to put this book down. R.J. exceeded all of my expectations with this book. I loved everything about this book! The character, the plot, the action, and the dialogue were all fantastic.

Their romance was great because it was not just based on sex. Do not get me wrong, there were plenty of steamy scenes that I loved in this book, but there was more than that. The relationship between Emily and O'Connell was built on friendship, respect, and trust. Their relationship helped both of them over come their own personal demons. It was beautiful to watch the two characters grow stronger with the help of one another.
“Each time you let down another one of those barriers, I know that you’re a bit closer to being mine. One day, when the last one falls, you’ll be as much mine as I am yours.”

One thing I will say is that I felt like Emily's past should have been more significant on her personality than it was. I feel like the trauma that she faced in the past should have tarnished her view of sex a little more, because that would have felt more realistic.

Another great aspect of this book was the cast of side characters. The secondary characters added a lot of depth to the story. They were all so humorous and lovable. There wasn't a character in this book that I didn't fall in love with (except for the villains, of course!).

I definitely recommend this book to everyone and anyone. I am in love with this book, and I plan on buying a physical copy for my bookshelf. This book was fantastic, especially for a debut novel! I cannot wait to see what R.J. Prescott has in store for me in the future!

Emily McCarthy had a rough past. She is now living on her own and working in a diner  while attending school at the same time. She doesn’t trust men and she is scarred of them too. She has developed a relationship with Danny, the owner of Driscoll's Boxing Gym and coach to a bunch of guys her age. He offers her a job at his place. He needs someone to help him with his books. She loves math so she can’t turn away this opportunity.

Cormac “The Hurricane” O’Connell is devoted to his boxing career. Although, he parties too much and plays the field non-stop. Everything changes when he meets Emily. She makes him want to be better. His party days are over . He’s determined to show her that he can be the man she can trust and care for.

“You kissed me,” O’Connell called after me. “Friends don’t kiss.”
“I’m reliably informed that’s not the case. Kieran and I kiss all the time,”

This was a beautiful story. I could relate to Emily’s pain and distrust. The person who was supposed to protect her above all failed her miserably.

What I liked the most about Emily was that she was able to overcome her shyness and distrust with the help of a bunch of tall, dangerous looking men. By the end of the book, she felt comfortable in her own skin and she was able to put them in their place too.

Cormac had a dumb moment. Just one. I forgave him as soon as Emily did. He tried to show her his love for her in many ways. He was patient and sweet. He was protective and respectful.
The best part of this book is that I want to read the rest of the guys HEAs. They need one. Maybe bridal store girl and Kieran can get one??

“There really wasn’t any point in continuing to pretend that our relationship was just friendship. For some crazy reason, O’Connell had chosen me, and like the hurricane that he was, he’d blown into my life whether I was ready for him or not.”