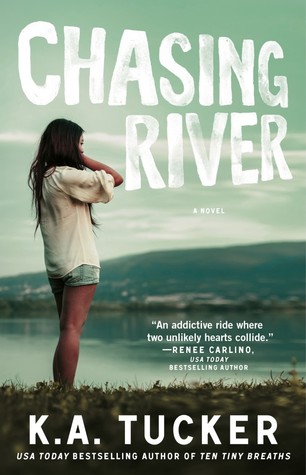 Armed with two years' worth of savings and the need to experience life outside the bubble of her Oregon small town, twenty-five-year old Amber Welles is prepared for anything. Except dying in Dublin.  Had it not been for the bravery of a stranger, she might have. But he takes off before she has the chance to offer her gratitude.


Twenty-four-year-old River Delaney is rattled. No one was supposed to get hurt. But then that American tourist showed up. He couldn't let her die, but he also couldn’t risk being identified at the scene—so, he ran. Back to his everyday life of running his family’s pub.  Only, everyday life is getting more and more complicated, thanks to his brother, Aengus, and his criminal associations. When the American girl tracks River down, he quickly realizes how much he likes her, how wrong she is for him.  And how dangerous it is to have her around. Chasing her off would be the smart move.

And River isn't the kind of guy she'd want to catch. 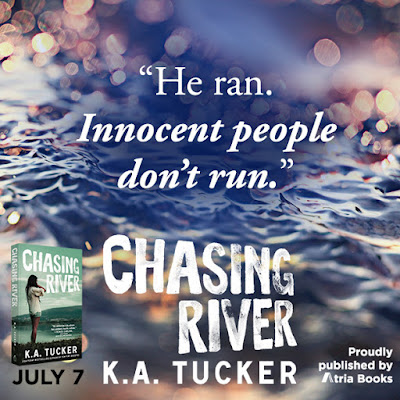 I inhale sharply, the air hissing through my gritted teeth. I watch him lay the long cylindrical tube down in the grass with careful movements and dread washes over me.

Hopping to his feet, he snatches up the satchel and charges toward me, his cell phone in his palm, his head revolving as he scans the emptiness around us. I square my shoulders and brace myself for a collision with his temper, as swift and nasty as a black adder’s bite.

“Are you insane?” I bark when he’s within easy earshot.

The glint in his eyes—the color of an overripe avocado, beginning to rot—would suggest exactly that.

“You said no one would get hurt.”

“Do you see anyone around to get hurt?” he snarls, continuing past me, punching keys into his phone. “You’ve got exactly sixty seconds to get the fuck out of here, River.” He takes off at a light jog, not waiting to see if I’ll follow.

Because I always have.

Oh, fuck me. A current of adrenaline shoots through my core. I glance down at my watch. One minute. Less, now. Fifty-five seconds, give or take. The muscles in my thighs twitch, ready to tear after Aengus because there’s nothing else for me to do. But a lot can happen in just sixty seconds. My conscience keeps me grounded, my wild eyes scouring the paths around me for signs of life. A jogger bobs along in the distance, so far away that I can’t be sure whether it’s male or female. Otherwise, I see no one.

I glance at my watch again, my heartbeat doing double time with each second that passes. Only forty-five remain before I look damn guilty to whoever finds me here. Unless I rat out Aengus— which will never happen—I’m as good as locked up for this.

I need to run.

Except . . . that perimeter set isn’t wide enough. If someone should come around the bend, cut across the field . . . But what can I do, really?

Thirty seconds. Beads of sweat trickle down my back. I need to get the hell out of here. Now.

I turn, intent on going back the way I came. But movement catches my eye and my stomach drops as I watch the very thing I just feared unravel before my eyes. A girl runs through the field, her attention alternating between her wrist and the unfolded map within her grip, her brow pulled tight with worry.

She’s clearly late for something.

And she’s heading directly into the blast radius of the pipe bomb that’s about to explode. 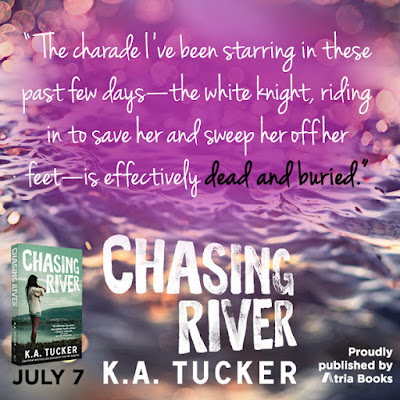 KA Tucker sure knows how to write them.  I loved this book.  Her characters in this series are realistic. No one is completely white or black. Grey everywhere.

The book begins with our heroine Amber Welles arriving to Dublin and sightseeing. But, instead of joining her tour guide at the park she is almost killed when a bomb goes of. Thankfully, she's saved by an Irish hottie. Her savior doesn't stay. Nonetheless, she is able to track him down.

River Delaney's life has been nothing but trouble since his brother Aengus started hanging out with the wrong people. He is continuously putting their family in danger and recently an innocent american girl almost lost her life this time. When said american girl shows up at his bar,  it's hard for him to stay away from her. He knows she is only here for a few days but it seems impossible to let her go.

I thought Chasing River was a great addition to the series.

Amber is a straight arrow kind of girl. She knows what's right and what's wrong. She is very much her father's daughter. I can feel her conflict towards being with someone who hadn't walked the same path as she has. Someone who's not squeaky clean as she is.

There was no way I wouldn't fall for River. He had a great heart, he loved his family, he never played games with Amber. When it counted he was truthful and he wouldn't let Amber get hurt. All positives in my book. His dilemma was even worse than Amber's. How to protect your own blood or how to let him go? How far and how bad do you let things go?

In regards to the secondary characters, Sheriff Gabe Wells is still a favorite. I was surprised how much I love River's brother Rowen and Ivy. I hope we will see both characters again. 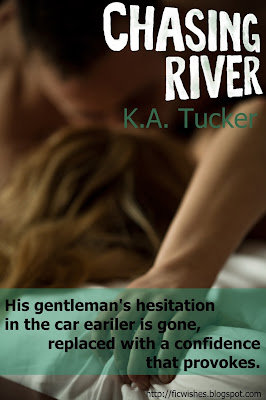 And don’t forget BURYING WATER and BECOMING RAIN, the first two books in this thrilling series… 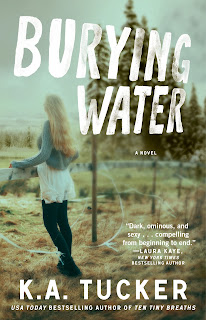 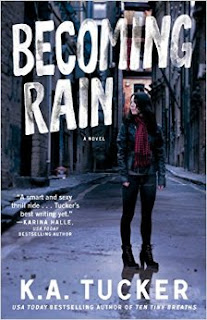 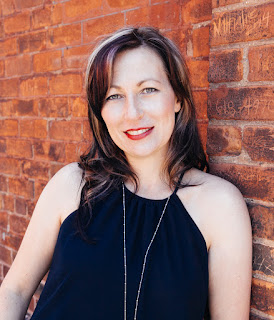 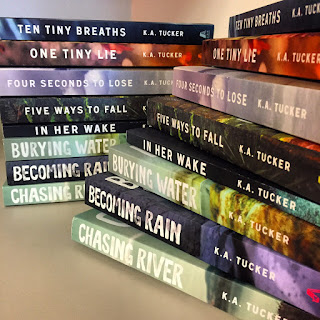