Ella Wade knew working at a website called The Daily Scandal might lead to an interesting summer job after graduating college. She did not know that one big mistake would pull her into the heart of a sleazy world of publicity where truths are worse than lies and a murderer is on the loose.
When Ella gives into temptation and sleeps with her stepsister Madison's ex, her world flips upside down. It doesn't matter that Madison is dead or that Jaxson Cole wasn't, in fact, her boyfriend but a publicist's stunt to link two of the hottest catwalk models romantically in order to feed tabloid curiosity. The damage is done and with deadly consequences.
Even worse, Jax definitely knows things he won't say. Falling for his epic hotness could mean one good screw will screw Ella for a lifetime. 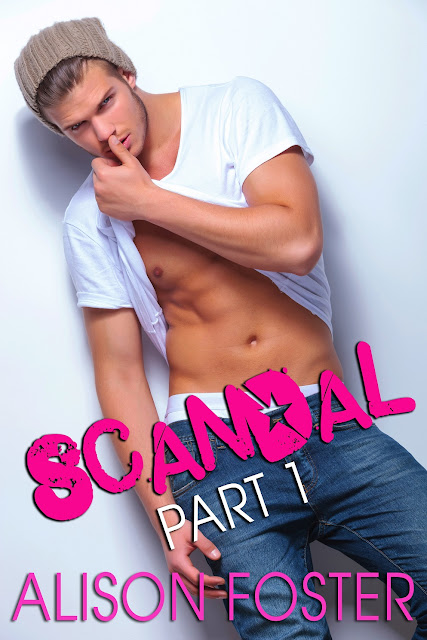 Jaxson opens his door to get out and circles the car to open mine. I welcome the cool, fresh air that enters my pores and nostrils. He takes off his jacket to wrap it around my shoulders. He takes my hand and we walk through the empty park until we get to some trees.
Jaxson pushes me backward until my back is up against a tree trunk. “You’re so beautiful, Ella. So courageous,” he whispers in my ear.


And there, in the midst of the turmoil and uncertainty we have created, Jaxson kisses me again. His strong, muscular body crushes onto mine, literally pushing me into the tree.
His hand cups the back of my neck as he forces his tongue deeper into my mouth, searching to reveal all the secrets of my blood.


I curl my arms around his neck, unable to pretend a second longer. He has created a perfect symphony of sounds and sensations inside my body and he has a right to enjoy the results.


Our mouths stay glued for a while and we kiss and tug at each other’s lips, licking, sucking, devouring. Pure ecstasy courses through my veins, arousing my most sensitive spots.


“We should go back,” I whisper with a groan because I want him so bad and I can’t exactly have him here in the park. I need to get behind a closed door and take his clothes off.
“Don’t you want to feel alive?” he says, his eyes gleaming with possibilities and promises.


I nod, biting on his earlobe gently. “I do. I feel alive, Jax.”
“No,” he says. “You don’t know the thrill of being really alive. I used to own it but now I only get glimpses of it. You make me feel alive more than anything else in a long time.”
My senses go numb and my knees weak. If he keeps talking like that, I’ll collapse in his arms. There’s something hypnotic about his voice and the way his eyes dig into me, scraping away my defenses.


I reach out and take his hand to hold it in mine. “What do you want to show me?”
He grins and a tickling buzz shoots through my belly. “How to be really alive,” he says, folding the fabric of my thin dress in his free palm to bare one leg to the hipbone.


His fingers graze against my inner thigh, stealing a whimper from my lips. “Not here,” I say with desperate need in my voice. 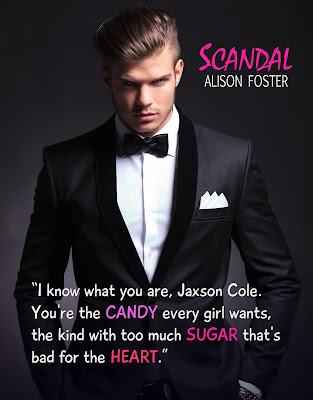 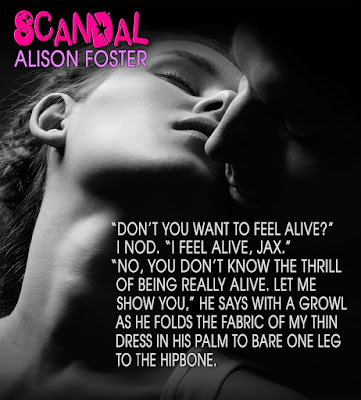 Alison Foster loves reading a good love story almost as much as she loves writing one. She spends her time dreaming up strong heroes and even stronger heroines and she enjoys finding unexpected strengths within her characters when they are in the most unexpected places.
She believes that passion makes the world go round and that a sexy grin is as sweet as candy. She loves interacting with readers, so feel free to drop her a line. 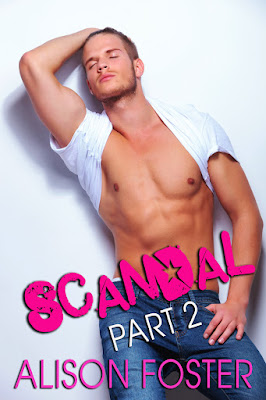