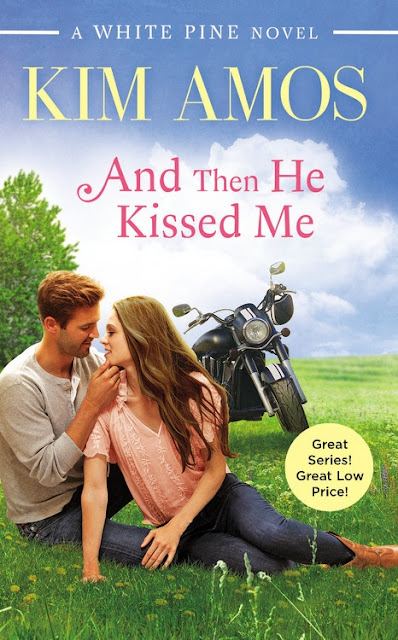 Five years ago, Audrey Tanner flung caution to the wind and herself into the arms of an emerald-eyed bad boy biker she met at the White Pine Asparagus Festival. Two blissful weeks together convinced her that Kieran Callaghan was The One-until The One blew town without a word, leaving her brokenhearted. Now, starting a new job at the new Harley Davidson showroom, Audrey is floored to meet her new boss: Kieran. He's still hot as hell, but she won't fall for his sexy smile again. This time, she's calling the shots.

Kieran never thought he'd return to White Pine, Minnesota, much less see Audrey again. Gorgeous and smart as ever, she's just as irresistible as he remembered. She still doesn't know why he had to leave-or that he's missed her every day since. But he can't deny he wants more than the no-strings fling Audrey proposes. As things between them heat up, Kieran must choose between the secret he's sworn to keep and the woman he never stopped loving.

Audrey Tanner is starting a new job. She was a high school coach. Her new job will be as a model for the Harley Davidson showroom. The last thing she expected was to see the man who walked away from her five years ago. He is not only in the story but he is her new boss!

“Five years ago, he’d ridden a Harley into White Pine during its annual Asparagus Festival, fallen head-over-heels for Audrey, and then left after two weeks.”

Kieran Callaghan's life is on track. He has a good job. Going back to White Pine, Minnesota was not in his plans. His boss on the other hand, is making it clear he doesn't have a choice. Kieran wants to forget what happened the last time he was there. He hurt Audrey and he doesn't know how to be in her life again.

This is a new author for me. As soon as I saw the cover I knew I wanted to read it.
The story is based on a small town, it was cute and I enjoyed it.
Some things bothered me especially Kieran's behavior at the beginning. As her boss, I found him lacking. Only when he realizes he still likes her, he starts to change making him more enjoyable to read.

A Midwesterner whose roots run deep, Kim Amos is a writer living in Michigan with her husband and three furry animals.