Licked by the Flame (The Forbidden Realm #2)
by Serena Gilley 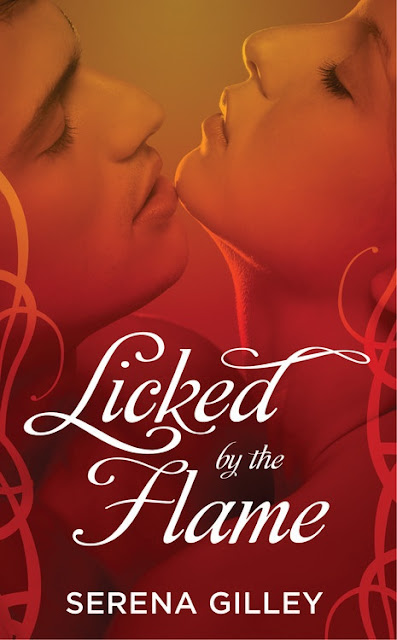 Synopsis
One hot kiss from a smoldering dragon and all her thoughts go up in flames . . .Lianne McGowan is a scientist on a mission. As brilliant as she is beautiful, she believes the key to the Earth's future is a new energy source. To find it, she'll delve deep into the fiery heart of an imposing mountain-and take on an even more imposing man: the sinfully seductive Nic Vladik.
Shape-shifting dragon Nic has sworn to guard the secret to his brethren's insatiable power. He must stop Lianne's search, yet the moment he feels the soft silk of her skin, his soul is set on fire. Unable to resist, Nic and Lianne submit to desire, and experience an exquisite passion unlike either has ever known. But their pleasure is short-lived. Lianne has made a discovery that endangers herself, Nic, and all Dragonkind. With his world at stake, will Nic save his clan-or the woman he loves?

"Which one of these buildings are you staying in?" he asked as they stepped out into the chilled night air.
His touch was light as he helped her down the wooden steps onto the chipped gravel pathway that connected this modular to the others. It was late and the windows around them were dark. Aside from the wind, the only sound she could hear was the droning hum of generators and heating units.
And now their footsteps as she led him toward the boxlike building where she was staying. Would anyone see them? She hoped not. Maybe common sense would tell her to stop, to send Nic off and ignore the burning want in her core or the smoldering promise in his eyes.
She paused on the pathway and gave common sense about three seconds to chime in.
"What is it?" Nic asked. His voice was deep and hot and as intimate as if he breathed into her ear.
"Nothing," she replied. "Come on."
She reached the steps leading up to the main door of her modular. A porch had been constructed there to give the place a homey, welcoming feel. She took a heady breath and Nic's scent filled her senses. Her legs felt like jelly and she stumbled a bit on the stairs. He put his hands on her waist to steady her. She nearly melted under his touch.
"I'm okay, thanks," she said, steadying herself and realizing that she'd never before actually felt dizzy from pure desire. His hands practically burned through her clothes, yet she couldn't wait to get even closer to him.
She fumbled with the key card they'd assigned her. Finally the lock clicked and she pushed the door open. Nic was at her side, but he didn't follow as she stepped in. She held the door, confused by his hesitation.
"You coming in?" she asked.
"Are you sure that's what you want?" he asked.
Hell. Her heart pounded and her body threatened to burst into flame at any moment now. Yes, it was what she wanted! The fact that he asked made her remember how serious this was, though. She'd come to do an important job, not get herself tangled up with the resident bad-boy. Would she be jeopardizing her ability to get things done? Would she lose the team's respect if they found out about this? Would she ever forgive herself if she sent him back to his room now?
She contemplated the answer. When she finally spoke, her reply hung like a mist in the crisp air between them. She couldn't take it back if she wanted to. Which she didn't.
"Yeah. It's what I want."
He smiled at her. Those damn eyes were black and fiery all at the same time. She fell into them, trapped by his intensity and aching for something to quench the heat burning inside her.
"I know what you need, Lianne," he said as he reached for her.
She pulled him into the homey modular and practically slammed the door behind him. "Good. Then you aren't going pretend this has anything to do with the job or any kind of relationship or fluffy rainbow dreams for the future, right?"
He gave her another of those boiling hot grins just before he pulled her into his arms. "I was hoping it was about really hot sex."
Yeah, she was damn sure hoping that, too. She felt good, pressed up against him as his body literally sucked the cold night chill out of her. She'd left her sweater back in the computer room, but the way she was heating up now, she'd never need it again.
The man might be an ass, but he certainly knew how to give the right answers. From his cocky attitude to his smoldering eyes, broad shoulders, and tight, grabbable ass, he seemed to have everything that she wanted. At least for one night. She was getting really good at taking life one night at a time.
They were making out in the lounge area of the VIP guest house. There was a small kitchenette behind them, plus two bedroom suites, one at each end of the building. She was the only VIP staying here right now so they'd have the whole place to themselves. Not that she expected they'd use much of it. The way he was touching her now, pressing his lips to her neck and murmuring in—she guessed—Russian, they might not even make it to the bedroom.
"Just be sure you're out of here long before anyone on site wakes up and sees you," she admonished, knowing she'd better talk now before his kisses turned her brain to complete mush.
He scooped her up into his arms. "Which bedroom is yours?"
As if that really mattered. She'd settle for any place with a flat surface right now. But for the sake of propriety she pointed to the door at the east end of the modular where she'd stowed her suitcase and freshened up after arriving. He marched forward like a man on a mission. Maybe she'd regret it in the morning, but right now she was perfectly content that she was his mission. 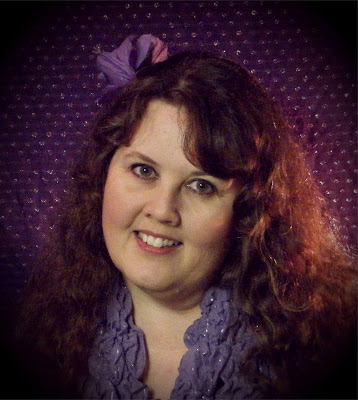 Serena Gilley grew up reading fantasy and fairy tales, and believing there was a distinct possibility that both of them were real. Somewhere. Even all these years later, Serena's belief in magic and mystery hasn't diminished. In fact, She is living out her own happily-ever-after with a handsome prince in a beautiful castle, taming dragons and granting wishes every day.  Okay, so the prince is a regular guy, the dragons are really just teenagers, and the wishes she grants are as spectacular as frozen pizza on Friday night, but it's a fantasy world just the same.

Email ThisBlogThis!Share to TwitterShare to FacebookShare to Pinterest
Labels: Review Licked by the Flame, Serena Gilley, The Forbidden Realm #2