A Lush Reunion by Selena Laurence 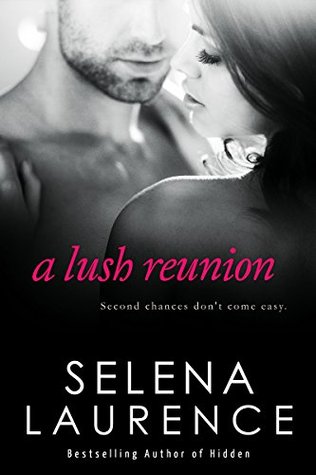 Ten years ago Lush bassist Colin Douglas met the love of his life. Then she broke his heart. Now, in a small Texas town, in the midst of the breakup of his band, Colin has found Marsha, and he has no idea what to do with her.

Marsha O’Neill hasn’t had it easy. Since losing Colin nothing's gone right for this east Texas waitress—except for Sean, her six-year-old son. She’s worked hard to give Sean what he needs—the best of her. Then a hot bass player walks into her bar and she knows the world isn’t done screwing with her yet.

What happens when life gives you a second chance? Can you learn to trust again, live again, love again? Colin and Marsha are about to find out that second chances don’t come easy. 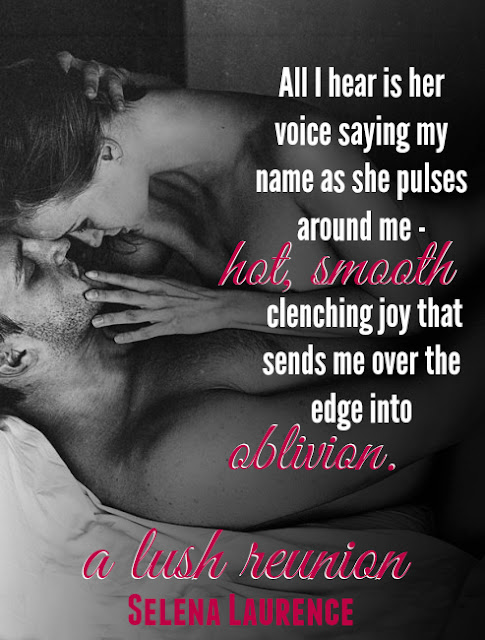 She looks down, fiddling with her bracelet, taking a deep breath. "It's hard I guess. Imagining you with other people. All these years you've sort of been stuck in my imagination as my boyfriend. I never saw you with other people, didn't have to go through that, so when you showed up here it was like being tossed back ten years. I don't know who you were after you weren't mine anymore."

"Yea, that's a good way of describing it. Like all those years never passed. The feelings are all still there. I guess we never dealt with them, did we?"

She shakes her head. "Have you forgiven me?"

"Excuse me?" I ask, thinking I heard her wrong.

"Have you forgiven me? Or do you think you ever will? I've wondered all these years if you ever forgave me. And if you did, could we be friends or something. And now you're here, and we're talking like civilized adults, and I just wonder if that means you've forgiven me?" 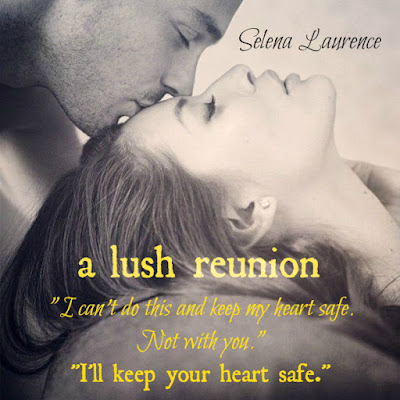 
The Origin of Lush

Ideas for stories come to writers in all sorts of different ways. And for me it’s been different each time I’ve written a book. I started the Hiding From Love series after I dreamed the first book. It went through some different iterations after that initial dream, but the core of the story remained the same.

The Lush series, appropriately, originated in a song. Long Black Veil was a song originally written by The Band in 1968, then made famous by Johnny Cash. It was covered by Dave Matthews Band a few decades later, and that was the version I first heard.

Long Black Veil tells the story of a man who is accused of killing his best friend in an old west town. The accusation is sketchy and the justice is swift, ending with the man’s execution. But the song tells us that he had an alibi he didn’t use. His alibi was his best friend’s wife…who he’d been having an affair with.

So, we have a story where the wife and her husband’s best friend are in bed together while her husband is out on a street getting shot. When her lover goes to trial, the woman doesn’t step forward, and even though he was cheating with his best friend’s wife, the main character has some integrity left, and he won’t reveal the widow’s infidelity.

The chorus of the song is this:

She walks these hills in a long black veil
She visits my grave where the night winds wail
Nobody knows, no, and nobody sees
Nobody knows but me.

(Those of you who have read the first book in the Lush series, A Lush Betrayal, should recognize significant elements of the story by now).

Long Black Veil is a short little song, just three verses and the chorus, but as any well-written words can do, it raises powerful emotions and issues. Those emotions and issues were what sparked the idea of the Lush series, and they carry on throughout all four books.

When I listened to Long Black Veil what I thought of was, “is there a way to take this and give it a happy ending?” See, I hate sad endings (hence the whole romance writing gig), and this one crushed my heart. So I set out to take the idea—two friends—as close as brothers, one woman, a horrible mistake, and the ideas of guilt, consequence, repentance, and forgiveness. From that was born the story of Joss, Walsh, Tammy, and the band that loves them all.

My newest release, A LUSH REUNION, gives the whole group the happy endings that Long Black Veil couldn’t. I hope you like reading it as much as I loved writing it!

The Lush series is about a rock band, the story originated from a song, and music has been a very important part of writing the books too. Here is a playlist of some of the most important songs (according to me!) for each of the books in the series. Take a listen and tell me if you see story or character elements from Lush when you hear these songs:

From Eden
Amber
Walk Tall
Back to December

a Rafflecopter giveaway
Posted by MissDaemon at 7:00 AM