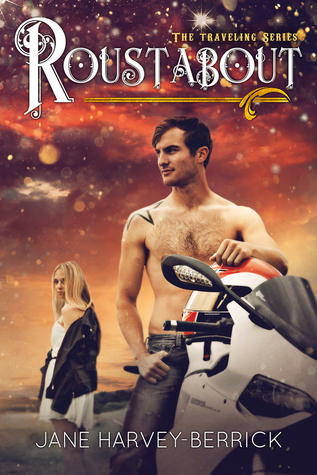 Twelve years ago Tucker McCoy walked away from the hell that was his family with not much more than the shirt on his back. No regrets. Never once looking back.

Living his life as a roustabout turned stunt rider with a traveling carnival keeps a smile on his face. His new family are the people he’s chosen to be in his life, the people who travel his road. Kes, Zach and Zef don’t share his blood, but they share his hopes and dreams. Understand his fears and know what makes him tick. They’re his brothers, his real family.

If you keep moving, no one can catch you—it’s a simple rule. So when Tucker crosses paths with Tera Hawkins, he knows he should move on. There’s no woman that’s ever been worth breaking his rules for. Besides, she’s off limits, untouchable. He knows stronger men would walk away, but dammit, he’s always been weak.

All he can offer her is a night she’ll never forget, but will that one taste be enough?

'Roustabout' is the third book in the Traveling Series. Although you will meet characters from the first two books, this is a standalone story featuring one-third of Hawkins’ Daredevil stunt riders, Tucker McCoy.

I lived in London for over 10 years and have a love affair with New York. It's only since I have moved to the countryside, that the words have really begun to flow.I live in a small village by the ocean and walk my little dog, Pip, every day. It’s on those beachside walks that I have all my best ideas.Writing has become a way of life – and one that I love to share.