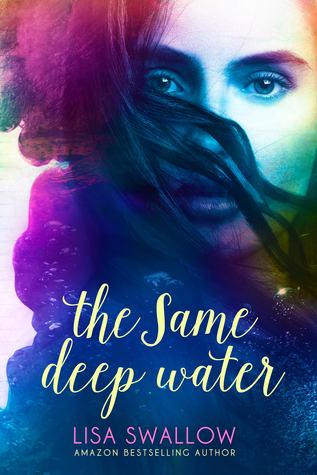 Once, I wanted to die. That was the night I met Guy.
The strange man with flowers stepped from the shadows and saved my life.
Guy. Dimpled smile. Body of a surf god. Smart and funny.
Running out of time.
We became travelling companions through life, ticking off items on our bucket lists. I’d hidden from happiness for years and kept my life under strict control. Guy showed me how to step into the world and experience more. He brought light into the shadows and helped me through the darkness.
I became Phe again. I lived.
There’s just one problem.
We fell in love and this wasn’t part of our plans.
I thought I could cope with our uncertain future until Guy revealed a secret. His betrayal changed everything.
Sometimes, believing the lies we tell ourselves is easier than dealing with the truth.
The Same Deep Water is a new adult romance set in Australia. This is the story of two people living in the present and accidentally creating a future neither of them can see, and learning ten things on a bucket list are just the edge of the world they could have.
*The book partly deals with mental health issues which may include triggers for some readers*

Before going into this book, I would just like to warn everyone that this book does touch on some tough subjects that might be hard for some people to read. This book does have a lot of sad elements, but it does have some equally happy parts as well. I would just like everyone to keep that in mind before reading this book.
The plot of this book was very emotional. There was a sense of almost dread this entire book, because even though there were happy parts, sadness was always lingering in the background. This book made me cry, but it also made me smile. I tried not to get attached to the characters, because I was worried my heart would get broken. However, I couldn't help but fall in love with the characters. I ended up becoming extremely invested in them and I was rooting for their happy endings. I especially wanted a happy ending for the romantic relationship between Guy and Phe.

I really enjoyed the main characters of this book, Guy and Phe. I thought they were both very well written characters. They both seemed so real. I was able to relate to both of the characters on different levels. Both characters made me fall in love with them, and they both broke my heart. I felt so bad for both of them. However, they both had moments that made me laugh out loud and smile. They put me through an emotional roller coaster that kept me up all night. I was completely invested in their stories. I especially liked Phe, and I just wanted to reach out and hug her. I really connected with her character, and I enjoyed her character development through out this book.

I thought the romance was wonderful. There were so many romantic and tender moments between Phe and Guy. At the beginning of the book, it seemed like their attraction and desire to be together seemed way too sudden. However, over time, I wanted them together so badly, and I was so happy once they finally got together. They had a rough relationship at times. I understood why it was that way, but it was still frustrating. I just wanted them to be honest with each other. Guy kept some huge things from Phe, and I was so angry about that. I understood why Lisa did that, and I was happy with how the made up. However, it still made me angry as it was happening. Their relationship was heart warming yet heart breaking at the same time. No matter how many times they frustrated me, I still loved them together.
"The waves fought me today, elusive and frustrating, but I refused to let the ocean win."

I loved this book and hated it at the same time. It put me through so many emotions. Lisa's writing was truly exquisite. I wanted to hug the characters and strangle them at the same time. This book was super sad at times and very happy at other times. There was a sense of dread through out the majority of the book, which was a little bit of a turn off for me. However, I still really liked this book. I thought Lisa did a great job of tackling very tough and emotional topics. The book was very moving, and I definitely felt all of the feels. I enjoyed this book, even when I wanted to pull my hair out.
I would recommend this book to anyone who is looking for a deeply emotional romance. Lisa is a wonderful author, and I am excited to read more of her books in the future. 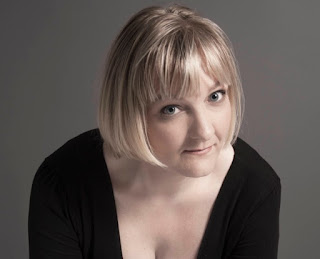 Lisa is an author of new adult romance and writes both paranormal and contemporary, including the best selling Blue Phoenix rock romance series. In between running a business, looking after her family and writing, Lisa sometimes finds spare time to do other things. This often involves swapping her book worlds for gaming worlds. Lisa is originally from the UK but moved to Australia in 2001 and now lives in Perth in Western Australia with her husband, three children and dog.