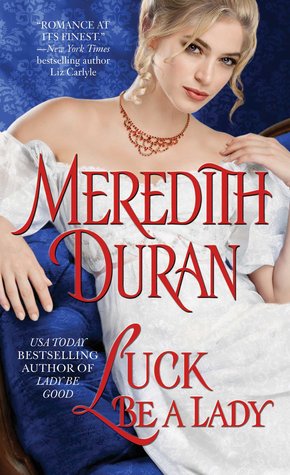 LUCK BE A LADY in this fourth sexy novel in the Rules for the Reckless series!

THE WALLFLOWER
They call her the “Ice Queen.” Catherine Everleigh is London’s loveliest heiress, but a bitter lesson in heartbreak has taught her to keep to herself. All she wants is her birthright—the auction house that was stolen from her. To win this war, she’ll need a powerful ally. Who better than infamous and merciless crime lord Nicholas O’Shea? A marriage of convenience will no doubt serve them both.

THE CRIME LORD
Having conquered the city’s underworld, Nick seeks a new challenge. Marrying Catherine will give him the appearance of legitimacy—and access to her world of the law-abiding elite. No one needs to know he’s coveted Catherine for a year now—their arrangement is strictly business, free from the troubling weaknesses of love. Seduction, however, is a different matter—an enticing game he means to ensure she enjoys, whether she wishes to or not...


“This flawless novel in the Rules for the Reckless series, set in 1866 London, pivots seamlessly to Catherine Everleigh and Nick O’Shea, lively characters who won readers’ hearts in Lady Be Good…These intelligent, multilayered characters embody the best aspects of this wonderfully indulgent series.”
—Publishers Weekly STARRED REVIEW for Luck Be A Lady

“Hot on the heels of Lady Be Good comes Catherine Everleigh’s story, and readers know they’ll be in for a fun, sexy and poignant roller coaster ride. Well paced, simmering with sexual tension and peopled with memorable characters, this is a love story to be savored.”
—RT Book Reviews gives TOP PICK HOT REVIEW for Luck Be A Lady

—The 2015 RITA Award for Historical Romance has been awarded to FOOL ME TWICE, 2nd in the Rules for the Reckless series by Meredith Duran!

Buy Luck Be A Lady

Catherine Eveleigh needs a husband to be able to keep the auction house her father left her. Her brother is trying to take over and he wants her to marry someone he feels is convenient to his plans. But, Catherine is not going to go down without a fight. She enlists the help of the underground crime lord Nicholas O' Shea. Someone who has the means to help her defeat her brother.
Nicholas had a tough life. He knows what hunger is and he fought hard to obtain the power and wealth he has now. He committed whatever crimes were necessary to ensure he will never feel hunger and desperation again. He has watched Catherine for a while and when she asks for his help it is a dream come true.

What I liked best about this book was that this couple behaved like they were equals. They both had things to overcome and they helped each other achieve them. Catherine wanted to keep the auction house because it was the only thing she had left from her father. Her brother instead of protecting her just hurt her. I was glad she had Nicholas in her corner. Their chemistry was insane and I love how O'Shea melted the Ice Queen. 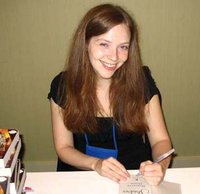 MEREDITH DURAN is the author of eight previous novels, including The Duke of Shadows (winner of the Gather.com First Chapters Romance Writing Competition); Wicked Becomes You (included on the Woman’s World List of Best Beach Reads for Summer 2010), and the USA TODAY bestseller Fool Me Twice. She blames Anne Boleyn for sparking her lifelong obsession with British history, and for convincing her that princely love is no prize if it doesn’t come with a happily-ever-after. She enjoys collecting old etiquette manuals, guidebooks to nineteenth-century London, and travelogues by intrepid Victorian women. Visit her at MeredithDuran.com, or catch up with her on Twitter: @meredithduran and Facebook: AuthorMeredithDuran.