The Affiliate by K.A. Linde 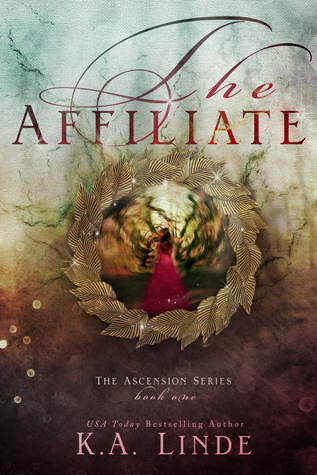 On the day of her Presenting, in front of the entire Byern Court, seventeen-year-old Cyrene Strohm's lifelong plans come to fruition when she's chosen for one of the most prestigious positions in her homeland—an Affiliate to the Queen.
Or so she thinks.
When Cyrene receives a mysterious letter and an unreadable book, she finds nothing is as it seems. Thrust into a world of dangerous political intrigue and deadly magic, Cyrene's position only grows more treacherous when she finds herself drawn to the one man she can never have...
King Edric himself.
Cyrene must decide if love is truly worth the price of freedom.

I am a sucker for YA Fantasy books, so when I had the opportunity to read this book, I knew I couldn't pass it up. It took me a little while to submerse myself into the world K.A. created, but once I got into the book, I couldn't stop reading. It took a while for me to understand the world, but it was eventually fleshed out in the book. I was so thankful for that, because I was really confused as to the dynamics of this fantasy world in the beginning of this book. I thought the world K.A. created was really unique and interesting. I would still like to learn more about the world. I am also intrigued by the magic in this book, and I would like to see how that develops in this series. My favorite thing about this book was the fact that everyone wore long ball gowns. It created beautiful visuals in my mind.

One of my major complaints about this book was the fact I couldn't connect to any of the main characters. I liked Cyrene's best friend in the book, but I didn't like Cyrene or her male counterparts. I enjoyed how strong Cyrene was, and I thought some of her snarky comments were funny. However, I thought she was rude, unlikeable, and annoying at times. I really was annoyed that she seemed to excel at everything, and everyone was in love with her. I understood that she was beautiful, but I couldn't understand why everyone loved her so much. However, I really liked her whenever she was with her girlfriends in the book!  I admired how brave and strong she was, but I just could not get attached to her. I was just confused because she was always weirdly smirking or being rude, and everyone loved her!

When it comes to the romance, I am still on the fence about how I feel about it. I was annoyed that every male seemed to love Cyrene. When Cyrene started to fall for the King, I was just confused. I felt like it was randomly done to cause angst and drama. When Cyrene and the King talked, it was obvious they had chemistry. I found myself forgetting about the reasons why they couldn't be together. However, when I stepped back and looked at the situation, I got annoyed because THE KING IS MARRIED. I know the Queen is horrible, but I still felt weird rooting for the King and Cyrene to get together when he was married. As I said though, they definitely had chemistry. When I wasn't thinking about why they shouldn't be together, I enjoyed their romantic moments. However, I am still not 100% behind the romance.

Overall, I thought this book was an okay book. I enjoyed the world, and the plot of this book. However, I am not sold on the romance or the characters. I do think the characters have potential to grow into character I love in the next books. I still think K.A. Linde is a wonderful author, even if I didn't absolutely love this book!  I will probably read the next book in this series, but it is not something I am dying to get my hands on.
3 / 5 Fangs
*This ebook was given to me in exchange for a honest review.* 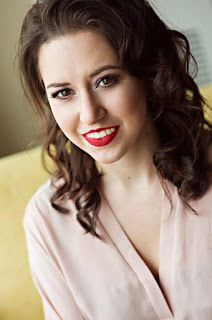 USA Today bestselling author K.A. Linde is the author of The Affiliate, the first book in the
Ascension Series.  As a military brat, she traveled the world with her family, imaginary friends, and
ever-increasing supply of books.  She has spent much of her life dreaming up new worlds and
characters and forcing them into uncomfortable, usually life-threatening scenarios.  After graduating
from the University of Georgia with a masters degree in political science, she began spending every
waking hour putting those characters onto paper.

When not writing, she spends her time dancing, collecting paperbacks in the hopes of filling a Beauty
and the Beast style library one day, traveling to visit her friends who live all over the country, and
still reading anything she can get her hands on.  She currently resides in North Carolina with her
husband and two puppies, Lucy and Riker, where she is hard at work on her next novel.