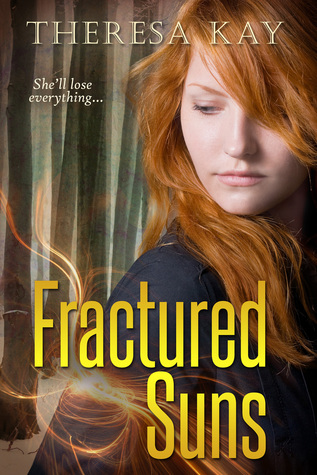 We came in peace. Lie.
We had no role in the Collapse. Lie.
I have always been honest. Lie.


I never lied to her. Truth.

Reunited with her brother, and surrounded by Flint, Peter and her new-found grandfather, Jax Mitchell has still never felt more alone. The choice to follow Rym back to the city to find answers and see Lir is an easy one, but their reunion is cut short and Jax is forced to leave Lir behind. She finds herself traveling with some unexpected companions and heading back toward a place she’d hoped to never see again.
After being imprisoned—and tortured—on the orders of his uncle, Lir hasn’t seen daylight or linked to anyone in weeks. After a lifetime of connection, the pain and loneliness is almost too much to bear. Elated that Jax actually came, Lir finds renewed hope and strength to continue fighting his uncle's influence over the E'rikon, even when things look hopeless and Lir’s been branded a traitor by the very people he’s trying to save.
While Jax and Lir fight separate battles, their missions have more in common than they realize. It’s a race against time to stop men driven only by greed and power. But the people they trust the most might be the very people working against them—and "family" doesn't mean what it used to. Will they recognize their friends from their enemies in time to save the people they love or will they lose each other in the process?

I was so excited to start reading this book. I was completely obsessed with the first book in this series, Broken Skies , and I raved about the book to everyone. When I got my hands on this book, I dove right into it. I was happy that this book started right where the first book left off, which I was very thankful for.
I was actually kind of disappointed with this book. One of the most disappointing things about this book was the plot. I liked the very beginning of this book and the very ending of this book. I just felt like the rest of the book was slow moving and it made it seem like this book was just a filler book. The worst part of the book was that it had one of the most annoying troupes in it. The main couple was separated in this book, and it was so annoying. I was missing the awesome romance that I adored from book one. When they had their moments together, it was wonderful. I wanted more of that in this book! I would have been okay with the separation if Lir and Jax would have been in contact more. That plot line was just really frustrating for me to read.

I did enjoy learning more about the world and the aliens, but I did not think it needed to take up as much of the book as it did. The ending was really fast paced, and I loved the plot twists Theresa threw in the book. I would like to point out that this book made me sob near the end, and I am still not over that plot point. I could sense it coming, but I was still not happy. I can feel the ugly tears coming again.

I was very happy that Lir was just as lovable in this book as he was in the first book. Even though he was separated from Jax, we still got chapters from his POV, which made me so happy. Lir was loyal and supportive to everyone in this book. I absolutely adored him in this book. He was the reason why I was able to get through the parts of the book that were slow moving. I also enjoyed getting to see more of his cousin, Rym. I thought he was a great character and I cannot wait to see more of him in the future.
Jax and Jace were the must frustrating characters in this book. At the end of the book there was an explanation for it, but it still annoyed me through out the book. They both did dumb things, acted like jerks, and kept unnecessary secrets. I was beyond annoyed with both of them in this book. I was happy with the revelation at the end, and I am excited to see Jax return to her former glory.
Overall, I liked this book, but I didn't love it. I felt like this book was a filler book. It was missing the magic of the first book. However, the ending was really intense, and now I am super excited to read the next book. Even though I didn't love this book, I am definitely continuing this series. I am extremely invested in these characters, and I need to know what will happen to them in the next book. The ending of this book left me craving the next book because it was just so fantastic. I feel like Theresa will knock the next book out of the park.