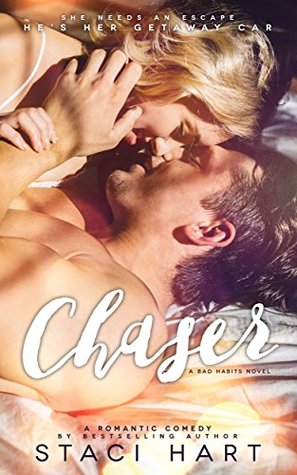 Cooper Moore never saw Maggie Williams coming. She was just his best friend’s little sister, the curly-haired, freckle-faced girl from Mississippi who was absolutely off limits. And he never thought about her any other way — not until he saw her that night, broken and brave. From that moment on, he knew he’d do whatever it took to protect her, even if it meant he had to stay away.

Maggie never expected to find her fiancé banging her maid of honor an hour before she was set to walk down the aisle, but life’s funny that way. The only option to save her sanity is to get the hell out of Jackson and move to New York where her brother lives. The only downside: Cooper is there too. And she just doesn’t know if she can stay away from him — the filthy rich, dead sexy playboy who’s allergic to commitment.

The second Maggie sees him again, she realizes he’ll be impossible to resist. Luckily, commitment is the last thing on her mind, and Cooper is the perfect escape. As long as she can keep her heart in check, everything will be just fine. Because she can never have feelings for him. Or at least that’s what she’ll keep telling herself.

Sweet Southern Girl and Wealthy Playboy, opposites attract right? When I finished reading the first book in this series I knew something was happening with Cooper and Maggie and I had to find out why right away, so I didn't even stop to take a breath before I dived head first into this book.

I loved Maggie right away, she was sweet and her heart had been recently crushed by her scum of the earth ex-fiancé, so I was feeling pretty sorry for her. Cooper I wasn't so sure about. He is wealthy which in this case meant he was out partying and doing nothing with his life, which I did not care for. I just wasn't sure whether to close the book on him because he always seemed like a really nice guy when he was together with the gang, and just seemed very genuine. I just learned so much more about him as this book progressed, like the fact that he is a geek at heart. When they started having a no-strings-attached relationship I knew it wouldn't end well, it never does! (I mean come on, Maggie, when do they end well?!). As I kept reading I started feeling something so much more for Cooper! He was sweet, and sexy, and caring! Great with his friends despite having to keep the whole relationship hidden from them because, well, Maggie is West's sister. And of course West is delightfully overprotective of her. All of the things he would say and do! Like text and tell her that he wanted to see her or missed her! He didn't even try to hide his feelings, even if Maggie wanted to turn a bind eye to it. Then Maggie started pissing me off because I wanted her to run into Cooper's open arms, but of course she wouldn't listen to me!

This story just made me me feel everything I could possibly want to feel! I was swooning and cringing, laughing and crying, and just feeling perfectly euphoric! By the end I was practically biting my nails because I needed everything to work out and would be very grumpy of it didn't. This is such a great series, with a fantastically eclectic group of friends, and smokin' hot sexy time!