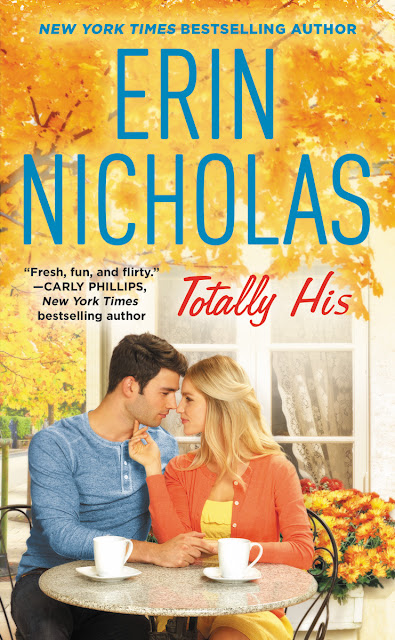 TOTALLY HIS by Erin Nicholas
Part of the Opposites Attract series
will be published on October 31, 2017 from Forever. 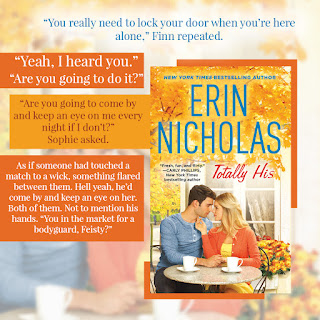 Sophia Birch loves nothing more than the spotlight--as long as she's playing a part. A theater geek from an early age, Sophia now runs a little hole-in-the-wall playhouse that feeds her passion... even if it sometimes makes it hard to feed herself! And then one night it all nearly goes up in smoke. Desperate to save the only copy of an irreplaceable script, Sophia rushes back into the burning building.

Police officer Finn Kelly knows crazy when he sees it. And a woman running back into a burning building definitely qualifies as crazy. She also happens to be incredibly sexy. But when he finally finds her ruffling through drawers and refusing to leave, his only option is to carry her out over his shoulder....and then decide whether to arrest her. 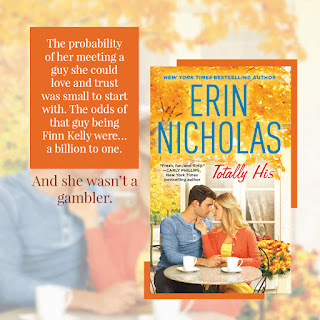 Finn would have noticed her even if she hadn’t been wearing hot-pink lingerie. And nothing else.
He really would have. She was totally his type—brunette and curvy and, apparently, a little crazy. As evidenced by the fact that she was trying to sneak into a burning building. He did seem to be attracted to crazy. No matter how hard he tried not to be.
He watched the woman stop at the east corner of the Birch Community Playhouse, the one farthest from where the firefighters were working. Then he frowned as she slipped into the shadows along the side of the theater and out of sight.
Dammit. He started after her.
As one of the cops on scene, he had to keep the area clear for the firefighters and keep the crowd of onlookers safe. If one of them happened to have a great body and be dressed in nothing but a pink bra-and-panty set, well, he’d just call that a perk. And as he jogged across the street, Finn couldn’t help but wonder if she was in costume or if the alarm had caught her in the midst of a wardrobe change. If that was her outfit for the show, he might need to buy a ticket.
He turned the corner to the back of the building and looked around. He didn’t see her. She’d gone inside. Dammit. He climbed up the four steps that led to the back door of the theater.
Finn touched the door and found it cool. It seemed that the flames were still contained to the wall on the other end of the theater, but it was a mistake to assume anything when fire was involved.
He stepped inside and pulled the flashlight from his belt, then shone it back and forth. He turned a full circle, not sure where to go next. Just then Finn heard a door slam somewhere behind him. He swung toward the sound just in time to see the woman step out from a room.
Her eyes went wide when she saw him.
“Boston PD! Stop!” Finn shouted.
She had covered up. Kind of. She now wore a robe, short, sheer, and unbelted. Which really did nothing to cover his view of her panties and bra. Or all that skin.
And maybe that was why she suddenly took off at a run.
Finn stared after her for a moment, a little stunned. She was actually running from him?
The woman made it to the other end of the lobby and through one of the doors leading into the main theater before Finn got to her. He grabbed the door as it was swinging shut, nearly smashing his fingers. The lights were off in the inner theater but, as he plunged into the darkness, he got a big whiff of whatever body spray or perfume she wore. He took a deep breath. It was nice. Lemony. Sweet and…
Jesus. Finn scowled and turned his flashlight back on. He was thinking about how she smelled? How about the smell of smoke that was going to be chasing them both pretty soon?
“Hey!” he called into the theater. You have to come out, ma’am. It’s not safe for you to stay in the building.”
“Just give me a damned minute!” she shouted.
“I’m sorry, ma’am, I can’t do that,” Finn said.
“I have to find something. Then I’m coming right out.”
“Ma’am, I will have to remove you myself if you don’t come out immediately.”
“Oh, for fuck’s sake!” he heard her exclaim.
“Ma’am, this is your last warning. Stop what you’re doing and come with me.”
Enough of this. Finn stalked over to her, put a hand around her upper arm, and turned to remove her from the building.
She dug her heels in, though, pulling against his hold. “Hey, you can’t—”
“Oh, yes I can,” he told her calmly, careful to keep his eyes off her body. The heat from her skin had immediately soaked through the thin robe, and Finn felt it traveling from his palm up his arm. “I’ve given you several opportunities to cooperate.”
“You’re arresting me?” she asked.
“Are you doing something that you need to be arrested for?” he asked, moving her toward the door, even with her resisting.
“No! I need to get something. It’s very important. It belongs to a friend of mine. It’s irreplaceable.”
“Ma’am,” he said calmly, “don’t make me carry you out of here.”
She pulled against his grip and leaned all her weight into fighting the forward motion across the room.
Well, shit. He’d kind of figured it would come to this, but he wasn’t sure he was ready to touch her more. Still, it didn’t look as if he had a lot of choice. Reminding himself that he was a professional, he bent and hooked an arm behind her knees, looped the other around her back, and lifted her.


She gasped, and for a moment she didn’t fight. And he thought maybe the hard part was over. But as he headed out the door, trying to ignore how warm and soft and fucking lemony she was, she started to wiggle. 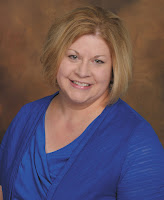 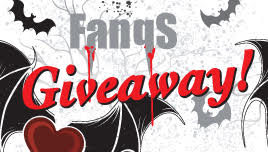