The Nowhere Girls by Amy Reed 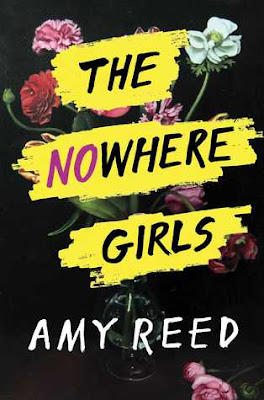 Three misfits come together to avenge the rape of a fellow classmate and in the process trigger a change in the misogynist culture at their high school transforming the lives of everyone around them in this searing and timely story.

Who are the Nowhere Girls?


They’re everygirl. But they start with just three:


Grace Salter is the new girl in town, whose family was run out of their former community after her southern Baptist preacher mom turned into a radical liberal after falling off a horse and bumping her head.


Rosina Suarez is the queer punk girl in a conservative Mexican immigrant family, who dreams of a life playing music instead of babysitting her gaggle of cousins and waitressing at her uncle’s restaurant.


Erin Delillo is obsessed with two things: marine biology and Star Trek: The Next Generation, but they aren’t enough to distract her from her suspicion that she may in fact be an android.


When Grace learns that Lucy Moynihan, the former occupant of her new home, was run out of town for having accused the popular guys at school of gang rape, she’s incensed that Lucy never had justice. For their own personal reasons, Rosina and Erin feel equally deeply about Lucy’s tragedy, so they form an anonymous group of girls at Prescott High to resist the sexist culture at their school, which includes boycotting sex of any kind with the male students.


Told in alternating perspectives, this groundbreaking novel is an indictment of rape culture and explores with bold honesty the deepest questions about teen girls and sexuality.

The Nowhere Girls was such an important and empowering book with brave female characters. THIS IS A BOOK THAT EVERYONE NEEDS TO READ!!! There were so many relevant and important topics in this book including; rape culture, the treatment of women, and feminism. THIS BOOK GAVE ME SUCH GIRL POWER VIBES AND I WAS LIVING FOR IT. GIRLS WERE SUPPORTING GIRLS AND THEY WERE WORKING TOGETHER TO MAKE A DIFFERENCE. The girls in this book created a movement to bring justice for women, and it was wonderful.

This book discusses rape quite a bit, so there are definitely trigger warnings for that. The Nowhere Girls really showcased how rape is handled in this day and age. I have no personal experience with the topic but based on the stories I have heard, this book seemed to handle this aspect in a very real and honest way. This book touched on the common issue of the idea that when women are coming forward and saying they were raped, they are just using that as a cry for attention. THAT DRIVES ME CRAZY AND I WAS SO GLAD THAT THIS BOOK TOUCHED ON THAT SUBJECT. The book talked about privileged men getting away with rape and how THAT IS NOT OKAY! It also discussed how deeply rape effects the victim. This book really showed how the victim doesn't simply forget the incident and move on. It showed how this sticks with the victim for a very long time. I will say that there was one comment made in regards to a trans character in this book that made me a little uncomfortable. I felt like it was an unnecessary comment that could have been left out of the book. It was only one instant, but I still wish it wouldn't have been there. I also will say that this was a slow moving book. I was invested in the story the entire time, but it was a tad bit slower paced than I would have liked.The three main characters were all such unique and well-developed characters. Grace was such an understanding and kind person. She truly wanted the best for everyone and it warmed my heart to see how far she would go for people. Rosina was an extremely supportive, selfless, and strong girl. SHE LITERALLY SUPPORTED ALL THE GIRLS AND IT WAS SO ADORABLE. Erin was a strong, passionate, and dynamic character. I loved the development of her character and how she took down stereotypes for people who are on the spectrum. I don't have any personal experience with Asperger's, but I thought the author did a good job at representing it. Grace, Rosina, and Erin had such a supportive and powerful friendship. I loved how important their friendship was to the story.

I also loved how diverse the characters were in this book. IT WAS SERIOUSLY WONDERFUL!The Nowhere Girls was an important book that takes on rape culture and misogyny. This book showed the importance of supporting each other, giving women a choice, and for fighting for a better world. The Nowhere Girls is a book I would recommend to EVERYONE. 4 / 5 Fangs*This ebook was given to me in exchange for an honest review. *
Posted by MissDaemon at 8:30 AM