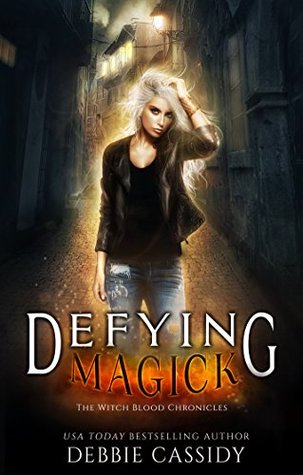 Death comes in many packages, and sometimes it comes in several at the same time...
Paimon is gone, and Carmella’s obligation to the djinn is over, so why does the world feel a little bleaker? There’s barely time to ponder before a horrific massacre leaves her in charge of her first case with the IEPEU. Under the watchful eye of Murdoch, the organisation's top investigator, and with the help of her friends, Urvashi, Honey, and Banner, Carmella must uncover the identity of the supernatural creatures behind the attack and expose the person pulling their strings.
Cut off from the skein by a coven ruling, and under attack, Carmella is defenceless until her asura power surges to the surface revealing her true nature. Confronted with the full force of her power, and afraid of losing control, Carmella reluctantly turns to Vritra for guidance.
The Serpent dragon demi-god is more than happy to help if it means bringing her into the fold and convincing her that Shaitan Enterprises is where she truly belongs. With Vritra’s guidance, Carmella must quickly learn to master a power bigger than she could ever have anticipated. Because Carmella is on a hit list, and the person that wants her dead will do anything to uncover her weaknesses, except this time Carmella won’t be taken by surprise. This time she’s not going down without a fight.
Action, hot romance and enough twists and turns to keep you flipping the pages. The Witch Blood Chronicles are a thrill ride you do not want to miss.

Debbie Cassidy lives in England, Bedfordshire, with her three kids and very supportive husband. Coffee and chocolate biscuits are her writing fuels of choice, and she is still working on getting that perfect tower of solitude built in her back garden. Obsessed with building new worlds and reading about them, she spends her spare time daydreaming and conversing with the characters in her head – in a totally non psychotic way of course. She writes High Fantasy, Urban Fantasy and Science Fiction. Debbie also writes dark, diverse Urban Fantasy fiction, under the pen name Amos Cassidy, with her best friend Richard Amos.