The Goblins of Bellwater by Molly Ringle 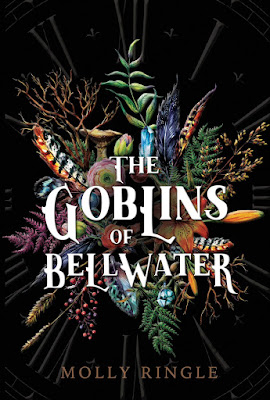 Most people have no idea goblins live in the woods around the small town of Bellwater, Washington. But some are about to find out.

Skye, a young barista and artist, falls victim to a goblin curse in the forest one winter night, rendering her depressed and silenced, unable to speak of what happened. Her older sister, Livy, is at wit’s end trying to understand what’s wrong with her. Local mechanic Kit would know, but he doesn’t talk of such things: he’s the human liaison for the goblin tribe, a job he keeps secret and never wanted, thrust on him by an ancient family contract.

Unaware of what’s happened to Skye, Kit starts dating Livy, trying to keep it casual to protect her from the attention of the goblins. Meanwhile, unbeknownst to Kit, Skye draws his cousin Grady into the spell through an enchanted kiss in the woods, dooming Grady and Skye both to become goblins and disappear from humankind forever.

It’s a midwinter night’s enchantment as Livy, the only one untainted by a spell, sets out to save them on a dangerous magical path of her own.

I went into this book hoping for some hot goblin men, but this book gave me the exact opposite of that. This books goblins' were creepy and exactly what most people would associate goblins with. At first, I was disappointed by that, however, as the book went on, I was absorbed in the world the author created and forgot about the lack of sexy goblins. I felt like I was transported to the world of the characters due to the author's wonderfully descriptive writing. The Goblins of Bellwater was a sexy, adventurous, and unique story.

This book started with a huge emphasis on romance. I am a huge romance lover, but I was hoping for more fantasy and action elements presented earlier on in the book. The romance I didn't really like was the one between Skye and Grady. There were some supernatural elements involved with them forming a relationship, which was interesting, but it made their romance feel rushed and underdeveloped to me. Skye and Grady's relationship made me feel uncomfortable due to the forced nature of it. I really wasn't a fan of their relationship. I think if they would have gotten to know each other more, I would have been more on board with their relationship.

All that being said, I did enjoy the romance between Livy and Kit from the beginning. I thought they had a really sweet romance. I was shipping them right from the start! I really liked the way the author developed their relationship. I also liked the aged differences between the couples because both the women were older than the men, which I found very refreshing!

I thought the fantasy elements involving the goblins was extremely interesting. I really enjoyed the fantasy world the author created and how she really made the fantasy her own. I would have liked some more world-building regarding the goblins in the beginning of the book, but I was happy that later in the book there was more development and explanation of the goblins. I even started to grow attached to some of the goblins, which I was a delightful surprise!

The goblins caused some interesting plot development in the book, especially in the second half of the book. There were so many exciting elements introduced in the second half of the book and it was hard for me to put the book down! I was seriously on the edge of my seat during some of the scenes! The author is fantastic at creating high-stakes action sequences. I seriously loved the adventures that some of the characters in this book went on.

Overall, I enjoyed The Goblins of Bellwater a lot, even if I had some issues with the book! This book was a fast paced book that was very easy for me to devour. The world and characters the author created were both memorable and interesting. I am looking forward to seeing what the author comes out with next! 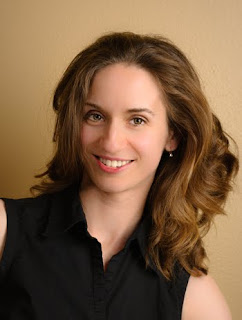 Molly Ringle was one of the quiet, weird kids in school, and is now one of the quiet, weird writers of the world. She likes thinking up innovative romantic obstacles and mixing them with topics like Greek mythology, ghost stories, fairy tales, or regular-world scandalous gossip. She's into mild rainy climates, gardens, '80s new wave music, chocolate, tea, and perfume (or really anything that smells good). She has lived in the Pacific Northwest most of her life, aside from grad school in California and one work-abroad season in Edinburgh in the 1990s. (She's also really into the U.K., though has a love/stress relationship with travel.) She currently lives in Seattle with her husband, kids, guinea pigs, and a lot of moss.