Branded by Fire by Danielle Annett 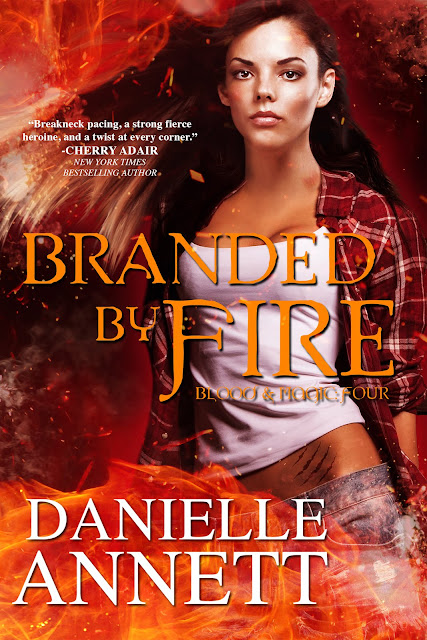 If you love Buffy the Vampire Slayer then you’ll love Aria Naveed. Kicking butt and saving people is kind of her thing.

Lovers of Urban Fantasy and Paranormal Romance do NOT want miss out on Danielle Annett’s BRANDED BY FIRE.  You must see why Cherry Adair calls BRANDED BY FIRE a novel with “[b]reakneck pacing, a strong fierce heroine, and a twist at every corner”!

Aria Naveed can’t decide what’s worse—being mate-bonded to Declan Valkenaar, the Alpha of the Pacific Northwest Pack, or owning up to the fact that she’s developing feelings for him.

Her bond to Declan is the one thing keeping her grounded and preventing her new power from destroying everything and everyone around her.

If Aria doesn’t tread carefully, especially where her heart is concerned, she’ll learn the hard way that if you play with fire, you'll always get burned.

Add Branded by Fire  to your GOODREADS TBR pile!

“Aria you’re being unreasonable.” He took a step forward and reached out for me. I side stepped away and then put a hand to my forehead when the room began spinning.

“Unreasonable?” I ground it. “You asked men within the Pack to court me. You wanted to tie me to the Pack so you could use me.” I was practically yelling at him now. Maybe I wasn’t too tired to fight with him after all.

“That was before…” he trailed off.

“Right,” I scoffed. “Before you bit me and tied me to you. Before you decided this little mate bond between us somehow made me your soul mate. Now you care about me as a person, is that it? But before I was just a tool for you to use and somehow I should be okay with it? I should be flattered that Declan Valkenaar, Alpha to the Pacific Northwest Pack has picked me to be his mate? Is that what you’re telling me?”

I blinked hard as tears threatened to spill. Dammit, why did he have such an effect on me? I rubbed the ache in my chest and turned away from him.

He didn’t say anything for several long minutes. I climbed into my bed and tucked myself under the covers as silent tears spilled down my cheeks.

The mattress dipped and Declan slid his body into the bed beside me. “Get out,” I choked out.

He wrapped his arm around my waist and pulled my back flush against his chest.

I swiped at the tears on my cheeks and tried to pull away from him but his grip was iron tight.
“But I love you.”

I sucked in a breath. He, what?

I froze, suddenly unable to form any coherent thoughts or words.

He didn’t say anything else, just settled in beside me with his arm wrapped tightly around my body and his legs now tangled with mine. I listened as his breathing slowly evened out and realized the exact moment when he fell asleep.

Declan told me he loved me. The bond that connected us flared to life at his words and I realized, I believed him. 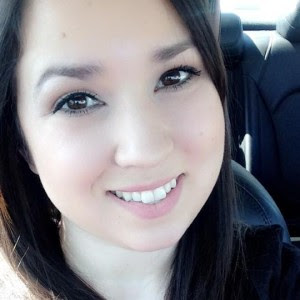 Danielle Annett is a reader, writer, designer, and the blogger behind Coffee and Characters. Born in the SF Bay area, she now resides in Spokane, WA, the primary location for her Blood & Magic series. Danielle writes about kick butt heroines in volatile settings and like her, most of them have some level of addiction to coffee.

When not writing, Danielle can be found hanging out with her two children whom she fondly refers to as her little monsters, or catching up on the latest episodes of Grey’s Anatomy and Game of Thrones.