The Impossible Vastness of Us
by Samantha Young

From New York Times bestselling author Samantha Young comes a story of friendship, identity, and acceptance that will break your heart—and make it whole again. Order your copy of THE IMPOSSIBLE VASTNESS OF US today! 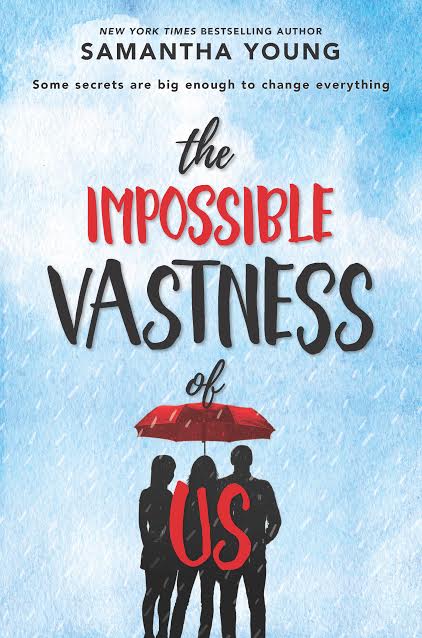 "I know how to watch my back. I’m the only one that ever has."

India Maxwell hasn’t just moved across the country—she’s plummeted to the bottom rung of the social ladder. It’s taken years to cover the mess of her home life with a veneer of popularity. Now she’s living in one of Boston’s wealthiest neighborhoods with her mom’s fiancé and his daughter, Eloise. Thanks to her soon-to-be stepsister’s clique of friends, including Eloise’s gorgeous, arrogant boyfriend Finn, India feels like the one thing she hoped never to be seen as again: trash.

But India’s not alone in struggling to control the secrets of her past. Eloise and Finn, the school’s golden couple, aren’t all they seem to be. In fact, everyone’s life is infinitely more complex than it first appears. And as India grows closer to Finn and befriends Eloise, threatening the facades that hold them together, what’s left are truths that are brutal, beautiful, and big enough to change them forever… 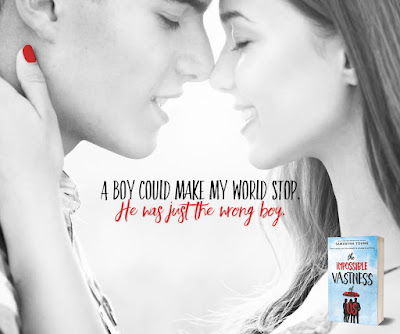 The Impossible Vastness of Us was one of those books that I didn't realize I was addicted to until it was three in the morning and I just finished the book in one sitting. This book started off a little slow, but I quickly found myself absorbed in this world and the characters. I became fascinated by the characters and their stories.


What was so captivating about this book was all the secrets. Every single character had something they were hiding, and I was dying to learn their secrets. I wanted to know their backstory, their family life, who they had feelings for, and what their dreams were. I felt like I was reading about a mysterious secret society of the rich and beautiful, AND I WAS HOOKED.

The focus on family was really interesting in this book. Multiple characters had dark and secretive family lives. Some relationships were positive and some...weren't. It was intriguing to see some of the families deal with the challenges that they faced in this book. Sometimes it was heartbreaking and other times it was extremely endearing to read about.


There were elements of child abuse and physical abuse, which was rough and devastating to read about. Those scenes were presented in flashbacks or they happened "off camera". I cannot speak from personal experience or knowledge, but it seemed like the author handled those issues well. My only thought was that I felt like the characters should have sought more professional help, but I am hoping/thinking they will do that in the future.

The main character, India, rubbed me the wrong way at first. She seemed very self-absorbed and extremely worried about her social status in high school. I thought I wasn't going to like her. Boy, I was WRONG! A few chapters into the book, I realized there was so much more to India. India was a strong, kind, thoughtful, and loving person. I ended up really enjoying her character and her growth. I felt her pain and desperately wanted her to find happiness. I really loved her addiction to romance novels. I thought it was a cute personality trait that I related to SO HARD.

Finn was an extremely swoon-worthy man. He had the brooding and mysterious thing down pat. I found myself fascinated by him, and I was desperate to know more about him. His story was heartbreaking and I was glad he found India so he had someone he could talk to. I also really liked Eloise, Charlotte, and Gabe. Their characters were all lovable and relatable in their own unique ways.

The romance in this book warmed my heart. I WAS FEELING ALL THE FEELS. I swooned so many times while reading this book. FINN IS A DREAMBOAT, OKAY?!?! Finn and India made a beautiful couple. I felt like their souls matched up so well. I SHIP THEM SO HARD. Also, their kisses were SOOO steamy.

I will admit that I was a little hesitant about shipping them at first. There were obstacles I wasn't sure if I could overlook, and I was relieved that India had the same hesitations. I felt like I couldn't truly root for them to get together. However, things were revealed and then I found it much easier to ship Finn and India. #FINNDIA FOR LIFE!!!

Also, there was a side couple that formed in this book that I don't want to spoil. But, I ADORE THEM TOGETHER. THEY ARE SO STINKING CUTE. I WANT A BOOK JUST ABOUT THEM, PLEASE?!


Overall, The Impossible Vastness of Us was a heartbreaking and delightful book. I would recommend this to anyone looking for a new YA contemporary romance.

*WARNING: have your tissues ready.* 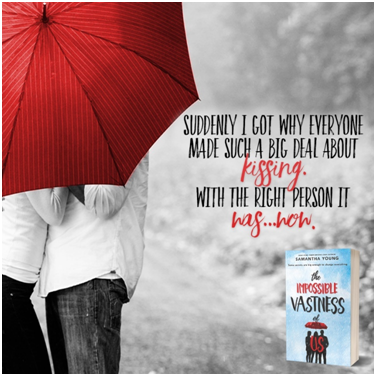 He leaned against the counter by the sink, seeming surprised by the compliment. “Thank you.”

Silence stretched as we could do nothing but stare at each other, and my skin started to feel tight and hot, as if I was seconds from bursting out of it.

“Uh.” I stepped back, suddenly needing more space between us. “So we should probably arrange a time to meet up for the presentation. That’s if you’re not planning to stand me up.”

He frowned. “What are you talking about?”

“You said to meet you after school today even though you work at the Chronicle.”

“I don’t always come to the meetings. I only decided to come work here because you said we couldn’t meet,” he explained, and if I wasn’t mistaken he sounded a little annoyed.

“Oh.” I refused to feel guilty for thinking badly of him. Refused. “Okay. Well, we need to meet up some time soon.”

“Yeah.” He agreed, looking at his feet now.

“I’d suggest Theo’s but it might be distracting for you with Eloise there.”

Confused by the question I raised an eyebrow.

“Because it isn’t.” It was my turn to cross my arms over my chest.

Sensing I wasn’t going to elaborate on my feelings about the house I was living in and the people I was living with, Finn eventually nodded. “Okay. My place, then. Tomorrow.”

Glad we’d finally organized a time but not so glad it meant spending more alone time with Finn, I just nodded and stepped back toward the door. “Okay. I’ll meet you out front after school.”

“Do you need a ride home tonight?”

I looked back at him, surprised by the offer, but not surprised to find him staring at his feet rather than at me. “Eloise’s director has upped her rehearsals so she’s still here, too. Gil’s picking us both up in an hour.” I would’ve thought he’d be fully aware of Eloise’s schedule.

“Right.” He straightened and turned his back on me.

Nobody got to me.

“But thanks,” I found myself saying quietly.

He glanced over his shoulder. “You’re welcome,” he replied just as quietly.

My fingers slipped around the door handle as I tried to get out of there at superspeed. 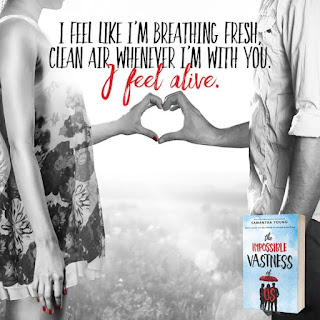 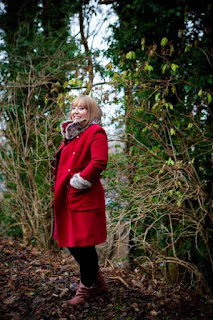 Samantha Young is the New York Times,  USA Today  and Wall Street Journal bestselling author of adult contemporary romances, including the On Dublin Street series and Hero, as well as the New Adult duology Into the Deep and Out of the Shallows.  Every Little Thing, the second book in her new Hart’s Boardwalk series, will be published by Berkley in March 2017. Before turning to contemporary fiction, she wrote several young adult paranormal and fantasy series, including the amazon bestselling Tale of Lunarmorte trilogy. Samantha’s debut YA contemporary novel The Impossible Vastness of Us will be published by Harlequin TEEN in ebook& hardback June 2017

Samantha is currently published in 30 countries and is a #1 international bestselling author.