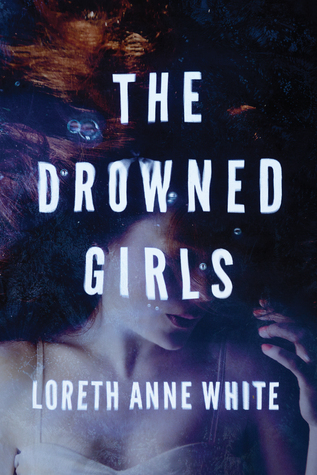 He surfaced two years ago. Then he disappeared ... But Detective Angie Pallorino never forgot the violent rapist who left a distinctive calling card—crosses etched into the flesh of his victim’s foreheads. When a comatose Jane Doe is found in a local cemetery, sexually assaulted, mutilated, and nearly drowned, Angie is struck by the eerie similarities to her earlier unsolved rapes. Could he be back?​Then the body of a drowned young woman floats up in the Gorge, also bearing the marks of the serial rapist, and the hunt for a predator becomes a hunt for a killer. Assigned to the joint investigative task force, Angie is more than ready to prove that she has what it takes to break into the all-male homicide division. But her private life collides with her professional ambitions when she’s introduced to her temporary partner, James Maddocks—a man she’d met the night before in an intense, anonymous encounter.Together, Angie and Maddocks agree to put that night behind them. But as their search for the killer intensifies so does their mutual desire. And Angie’s forays into the mind of a monster shake lose some unsettling secrets about her own past . . . How can she fight for the truth when it turns out her whole life is a lie?

I didn't even need to read the blurb to know that I want to read a Loreth Anne White's book.
As soon as I saw this cover and saw her name, my finger was requesting the book.

The Drowned Girls is everything I have come to expect from Loreth Anne White. Her characters are always well developed and interesting. Usually, they are damaged and trying to find their way.

Our main characters are Detective Angie Pallorino and James Maddocks.

Detective Angie Pallorino is trying her best to get a promotion into Homicide. However, her personal and professional life are both in turmoil. Her mother suffers from early dementia and schizophrenia. She was recently placed in a long term facility. When Angie starts seeing a little girl with red hair, she wonders if she's getting sick like her mother did. In regards to her job, months ago, she lost her partner and a small child and she blames herself for it. Some of her co-workers also seem to think she's to blame and she is confronted with multiple cold shoulders. Furthermore, Angie has some control issues and she constantly has to fight her anger issues. Starting a relationship is the last thing she wants especially when her new sex crime case involves a teenager who has been raped and almost drowned. She also has been marked with a cross on her face. This reminds Angie of a couple of cold cases from years past.

James Maddocks has relocated to Victoria to be closer to his daughter. His job destroyed his marriage and he's trying to salvage his relationship with Ginny. He believes he has time to repair the damage until he's called to the scene of a homicide. A girl has been found floating in the water. His job is to find the killer. The more they learn about Jane Doe, the more similarities they find with a recent sex crime victim.

When Angie and James's path cross for the second time, they know they are in trouble. They are thrown together as temporary partners as part of the same task force to capture this serial killer. Yet, no one must know they met the night before and had a hot interlude.

The Drowned Girls is a fantastic thriller with amazing characters. I couldn't put this book down. The narrative demands your attention. It's impossible not to become involved with the characters. I liked the twists in the story as well as the addition of the killer's POV.

As I realized this was turning into a series, I couldn't wait to find out what happens next. I need the second book now. I do hope we learn more about Angie's past and also everything about Kjel, the celibate cop.

A complimentary copy was provided by Montlake Romance via Netgalley in exchange for an honest review.