From New York Times Bestselling author Kristen Ashley, comes ROCK CHICK REAWAKENING, the long awaited story of Daisy and Marcus, brought to you by 1,001 Dark Nights! Be sure you grab your copy today!

A Message from Kristen:

I’m beside myself with glee that this prequel to my Rock Chick series has been unleashed! There was some time when I never thought I’d write it. When I couldn’t be in that terrible place with Daisy. But I’m oh-so glad that she called to me, demanding her story be told so she could give it to me and now I can give it to you! I loved every moment spent with Daisy and Marcus. And I hope you do too! 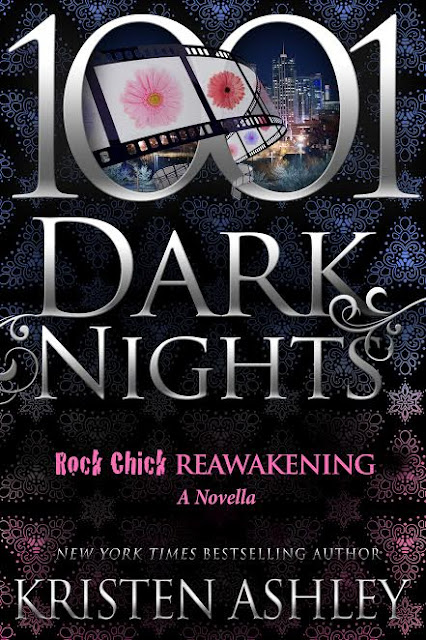 From New York Times bestselling author, Kristen Ashley, comes the long-awaited story of Daisy and Marcus, Rock Chick Reawakening. A prequel to Kristen’s Rock Chick series, Rock Chick Reawakening shares the tale of the devastating event that nearly broke Daisy, an event that set Marcus Sloane—one of Denver’s most respected businessmen and one of the Denver underground’s most feared crime bosses—into finally making his move to win the heart of the woman who stole his. 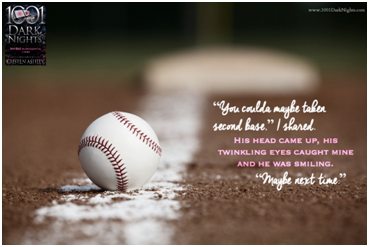 “This novella is like the key to all the locked doors in this series.”

“We inhaled Marcus and Daisy’s story, how could we not. It was everything to us and we cannot thank Kristen Ashley enough for writing it, in her much loved unique manner. The queen of epilogues struck once more and we smiled through copious tears of happiness, our hearts feeling full and complete. Whilst sad that it’s over we just can’t feel anything but happiness and love right now. It was Aces! Rock on…and be prepared to be swept of off your feet.”

“There is something about them [Ashley’s books] that I find crackalicious.”

“I felt all of the rushes, the adrenaline surges, the anger spikes… my heart pumping in fury. My eyes tearing up when my heart (I mean… her heart) would break.”

The Rock Chick series is one of my favorites. I was ecstatic when I learned KA was finally writing the novella for Daisy and Marcus. These characters were very much a solid couple who were there for the girls as they came to find their soulmates in later books.

In my mind, Daisy is a younger version of a beautiful Dolly Parton. She has big hair and a big heart. She was dealt a bad hand. She had a lousy mother and an even lousier boyfriend. She leaves home when she can't take it any longer and in a new town, she makes her money stripping. She's good at it and she cares for her boss, Smithie, who's nice to all his girls. Then, something happens that threatens to destroy Daisy's view on life but Marcus is there to help her recover. He has the patience and the devotion she needs to heal.

It was so nice going back to the Rock Chick world. Some of my favorite books are part of this series. I love the Hot bunch and their girls. They are all special and so was Daisy and Marcus.

Daisy is sweet and caring. She deserved someone who would give her the castle she deserved. Marcus is dangerous, has a not so legal job but there was no doubt he would do anything for his Daisy. 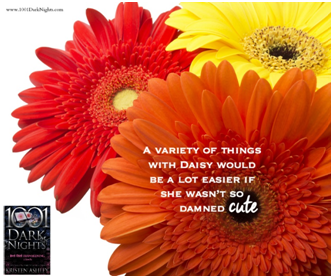 “Who’s that tall, dark drink of handsome water?” I asked Ashlynn, my eyes on the tall man with broad shoulders and fabulous suit who was sauntering out of the club in the manner of a man who owned it.

In the manner of a man who owned anything he wanted.

I looked to Ashlynn.

She shook her head. “He’s hot. Knew a girl who’s had him and I’ll repeat, he’s hot. Took her out four times. All to fancy restaurants where she had to buy fancy dresses and shoes. And he gave it to her good at the end of the night, and I mean real good, the way she described it. He also, like, opened the car door for her and everything.”

Opened the car door for her.

“Ended it with her giving her a gold bracelet,” Ashlynn carried on, recapturing my attention. “Pure class.” Her look got intense as she stared into my eyes. “And he’s trouble.”

I glanced to the door that he’d obviously gone through because he’d disappeared, then back to Ashlynn.

She just shook her head again and declared, “He wouldn’t date a stripper anyway. Like I said. He’s class.”

I felt my mouth get tight. 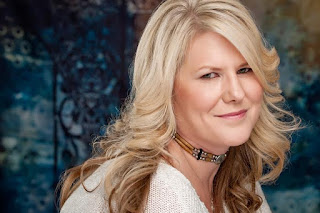