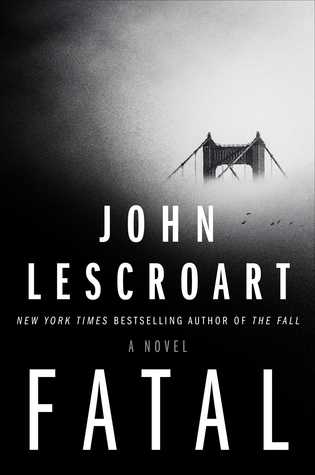 From New York Times bestselling author John Lescroart, a riveting standalone novel about the unexpected, shattering, and lethal consequences of a one-night stand on a seemingly happily married couple.

Kate loves her life. At forty-four, she’s happily married to her kind husband, Ron, blessed with two wonderful children, and has a beautiful home in San Francisco. Everything changes, however, when she and Ron attend a dinner party and meet another couple, Peter and Jill. Kate and Peter only exchange a few pleasant words but that night, in bed with her husband, Kate is suddenly overcome with a burning desire for Peter.

What begins as an innocent crush soon develops into a dangerous obsession and Kate’s fixation on Peter results in one intense, passionate encounter between the two. Confident that her life can now go back to normal, Kate never considers that Peter may not be so willing to move on.

Not long after their affair, a masked man barges into the café Kate is sitting in with her best friend, firing an assault weapon indiscriminately into the crowd. This tragedy is the first in a series of horrifying events that will show Kate just how grave the consequences of one mistake can be.

An explosive story of infidelity, danger, and moral ambiguity, John Lescroart’s latest thriller will excite and satisfy both his current and new fans.

Fatal was a good surprise for me. It had good characters and I like the way the author built out the suspense.

In the beginning, we meet two friends on their regular jog, Kate Jameson and Beth Tully. Kate is married to Ron and she has two kids. Beth is a police officer. She's also a widow with a teenage daughter. Kate confides in Beth. She tells her she has met a man over a dinner party the night before and she can't stop thinking about him. She is attracted to him. Beth tries to dissuade her but Kate just can't seem to give up on the idea. She meets Peter in a hotel room and in one afternoon, they both break their marriage vows.

Fast forward days later and Peter finds himself unable to forget about Kate. He also starts questioning his marriage to Jill and his relationship with his own kids. He realizes he's not happy with them and he doesn't love his wife anymore. This sends him into a downward spiral of women and alcohol. To say Peter changes is an understatement.

Meanwhile, Beth and Kate's lives are dramatically changed when they're both victims during a terrorist attack. Fast forward six months and Beth is recuperating from bullets hitting both of her legs. She's walking with a cane and back at work while Kate is finally home after several respiratory complications she suffered after a bullet collapsed her lung.

When the body of a man, soon to be discovered as Peter's, washes close to the Cliffhouse restaurant, Beth, and her partner Eisenhower "Ike" McCaffrey are named the lead investigators. Beth will have to put together the pieces of Peter's life in the last six months. Nothing is easy since everyone seems to be lying to Beth, including Kate.

From all the characters in Fatal, my favorite was Beth. I was able to connect with her. She was a good detective, friend, and a good mother. I was happy the author inserted a little bit of romance in her life as well. Alan was a catch!

I didn't think there was much surprise in regards to who had done it but I liked the way the story was told and even though, I was not crazy about the end, I was still happy with how the author got me there.