When a Laird Finds a Lass
by Lecia Cornwall

When a Laird Finds a Lass

She is his greatest enemy and his only salvation.

Malcolm MacDonald, a lawyer in Edinburgh, unexpectedly inherits his father’s title of Laird of Dunbronach, forcing him to return to a place he hasn’t seen since he was a small child. To gain the trust of a wary clan, Malcolm must act upon their insistence that he cast aside his English betrothed and marry a Highlander.

However, they have one condition—no lasses of the barbaric clan MacLeod. When he finds an unconscious woman in the sea, he brings her back to his clan but not before doing the one thing that could save her life—hiding her all too telling MacLeod plaid.

When she wakes with no memory of who she is, Malcolm vows to keep the little he knows about her identity a secret. As new dangers threaten his clan, the mysterious lass teaches Malcolm some very important lessons about how to be a Highlander and a laird.

But secrets never stay secret for long, and when she finds her plaid, her memory returns and she flees. Malcolm is forced to make a difficult choice to win her back, facing his darkest fears and his worst enemy for a chance at true love.

When a Laird Finds a Lass was a charming and delightful read. The author put a unique spin on one of my favorite fairytales, The Little Mermaid , and I loved what she did with the fairytale. I thought the plot of the book flowed well and it captivated me the entire time. There were slow parts here and there, but it was a strong story overall.The main male character, Malcolm, was very swoon worthy. I found him to be very romantic and I couldn't help but fall in love with him. I thought the author did a great job at delving into his character and really expressing his thoughts and feelings towards everything. Malcolm was a man who wanted to do what was best for everyone, even if it meant making tough decisions. I felt bad that he got tied up in some lies, but it added some drama and intrigue to the book. The only issue I had with him was that I felt like his interest in the main female character, Marcail, was a bit sudden. I was able to eventually look past it, but it was hard to get used to at first. Marcail was a strong main character that I connected with a lot. I thought she a caring and loving character. It was interesting watching her go through losing her memories. I felt the resolution of that storyline was a bit rushed when it was happening, but the parts leading up to that moment were well paced. I just thought the actual resolution happened quickly. The romance was sexy and well paced. Malcolm's interest in Marcail was a bit sudden, but I felt that the romance developed believably throughout the book. I thought the author did a great job at making the sexy times feel more like a slow burn instead of in your face all of a sudden.Overall, I thought this was an entertaining and fun read. I would recommend this to anyone who is a fan of historical romances and fairytale retellings! 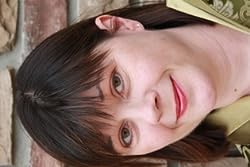 Lecia Cornwall lives and writes in Calgary, Canada in the beautiful foothills of the Canadian Rockies, with five cats, two teenagers, a crazy chocolate lab, and one very patient husband. She’s hard at work on her next book. Come visit Lecia at www.leciacornwall.com, or drop her a line at leciacornwall@shaw.ca. 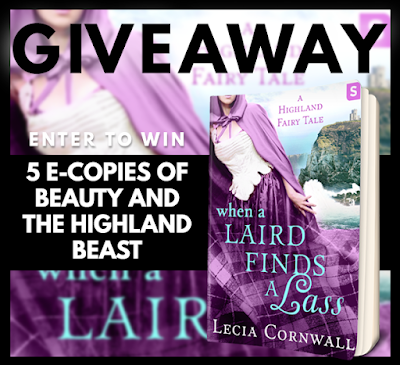 Posted by MissDaemon at 8:20 AM