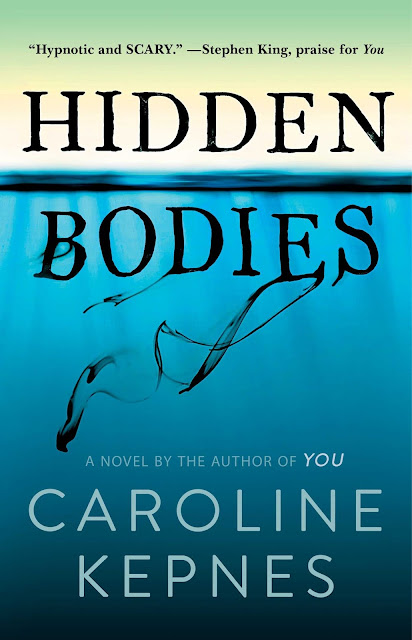 Hidden Bodies marks the return of a voice that Stephen King described as original and hypnotic, and through the divisive and charmingly sociopathic character of Joe Goldberg, Kepnes satirizes and dissects our culture, blending suspense with scathing wit.

Joe Goldberg is no stranger to hiding bodies. In the past ten years, this thirty-something has buried four of them, collateral damage in his quest for love. Now he’s heading west to Los Angeles, the city of second chances, determined to put his past behind him.

In Hollywood, Joe blends in effortlessly with the other young upstarts. He eats guac, works in a bookstore, and flirts with a journalist neighbor. But while others seem fixated on their own reflections, Joe can’t stop looking over his shoulder. The problem with hidden bodies is that they don’t always stay that way. They re-emerge, like dark thoughts, multiplying and threatening to destroy what Joe wants most: true love. And when he finds it in a darkened room in Soho House, he’s more desperate than ever to keep his secrets buried. He doesn’t want to hurt his new girlfriend—he wants to be with her forever. But if she ever finds out what he’s done, he may not have a choice…

“ The real horror is that the people I’ve loved didn’t love me back.”

The last time we saw Joe, our favorite stalker murderer, he was in NYC. He was dating Amy but when Amy betrays him, he follows her to L.A.  By now we know no one messes with Joe without consequences. The main problem is that Joe has no idea where to find her and after a few weeks, he's losing it. Then, he gets a tip and just like that he finds himself inside the Soho House where he meets a new woman. She intrigues him, she gives him new hope and she's different than every other woman he has loved. This time it could be different.

Joe is an unforgettable character. Yes, he is crazy but I'm rooting for him nonetheless. Why? Because he's smart, funny and sexy in his own killer kind of way. I love that he can justify murdering people when they become an obstacle in his quest for love. I'm sure his desire to love and to be loved is the reason why I can turn a blind eye to all the awful things he does. It helps that the story is told solely from his POV. His voice is unique. He enthralls you and makes you accept him just the way he is.
As the reader, I want him to succeed and get away with everything. I'm not sure if this is the case but a girl can hope, right?

I'll be the first to buy the next book. I must know how it ends. I'm sure it's going to be fabulous.