Want to read about one of my favorite HOT scots? Then you need to check out:

THE BEAST OF CLAN KINCAID, Book 1 in the Highland Warrior Series: 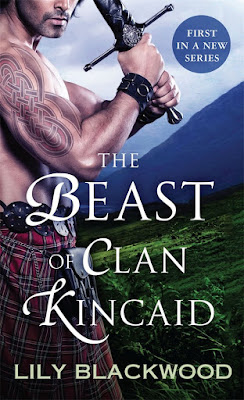 They call him the Beast—a hardened mercenary whose heart seems as cold as his icy blue gaze. They do not know his true name: Niall Braewick, son of the Laird of Kincaid. It has been years since he escaped into the forest the night his father was murdered. Now he has returned, ablaze with a vengeful hunger. He will gain the MacClaren chief’s trust, gather his clan, and take back his lands. And take the MacClaren’s daughter as well…
Though he pulled her from the river, saving her life, Elspeth has been warned to keep her distance from her father’s hired warrior. He is a barbarian—a shame, as he is far more compelling than the lechers and fools competing for her dowry. Little does she know that, like the castle itself, she is a prize Niall intends to claim…but will he extract blood for blood and possess what is his, or will his enemy’s beautiful, innocent daughter tempt him to forsake his dream of conquest?

THE REBEL OF CLAN KINCAID, Book 2 in the Highland Warrior Series, On Sale 12/6: 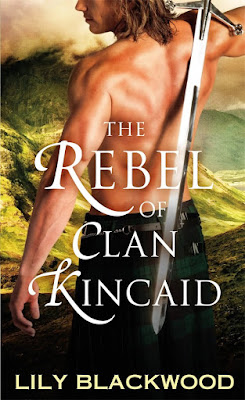 Since childhood, Magnus has been led to believe he is the Laird Alwyn’s bastard, and raised to hate the Clan Kincaid. But when he learns he is without a doubt the son of the murdered Laird Kincaid, his life as he has always known it is shattered. Now, hiding his knowledge and his fury, he returns to Burnbryde Castle, awaiting the chance to strike against the man whose treachery robbed him of his legacy. His first act of rebellion: to steal a kiss from the redheaded beauty who’s betrothed to the Alwyn’s eldest son and heir.
Since her arrival at Burnbryde, Tara Iverach has been confined to a tower to guard her virtue before she marries. But after a surprise embrace with a lean, bare-chested Highlander who claims to be the Alwyn’s oldest son, she can’t contain her excitement over her good fate. Unfortunately, he is the wrong eldest son, and she is set to marry his cruel and lecherous half brother, Hugh. Can Magnus conquer his rivals and claim his Kincaid destiny before the woman who’s captured his heart becomes his sworn enemy’s bride?