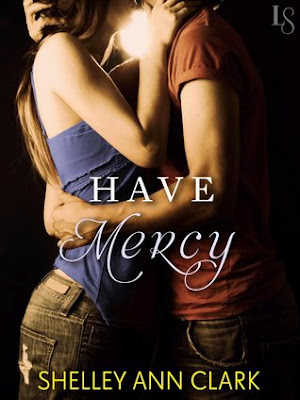 *Complimentary copy provided by NetGalley in exchange for an honest review*

The writing was great and the story was entertaining.

Emme is a really talented singer trying to make a name for herself, despite her bad reputation. She's often referred to as the slut that broke up the band, Indelible Lines, a popular husband and wife duo. She found herself in the middle of a scandal after being accused of having an affair with the husband. She never slept with him, but she doesn’t deny the accusations. She just lets her family, current band mates and the tabloids go along with thinking she was the cause of the break-up. It really didn’t make sense to me that she wouldn’t stick up for herself, especially when everyone was giving her such a hard time about it.

Emme’s band is going on tour and in need of a bass guitarist. They end up hiring, Tom, the owner of a bar where the band played a show. Tom was stuck living someone else’s life and taking care of his alcoholic younger sister, when he was given the opportunity to live his dream. I just loved that he was such a nice guy. There’s an instant attraction between Tom and Emmie and it isn’t long before Emme is breaking her rule of never get involved with band members. She just can’t resist him, especially when she finds out Tom will let her take control. That he wants her to take charge and not be polite about it.

"They ought to be calling you a goddess," he said. "A sexy, confident, talented goddess. And I hope I never hear anyone call you anything less."

I liked that the story was different from the typical rock-star book, because the girl was the one in the spotlight, not the guy. But, I prefer the guy to be the more dominant aggressor. So it was hard for me to accept Emmie being dominant in the bedroom. Tom was such a nice guy, but at times he came off as weak to me.

Posted by Anonymous at 7:30 PM