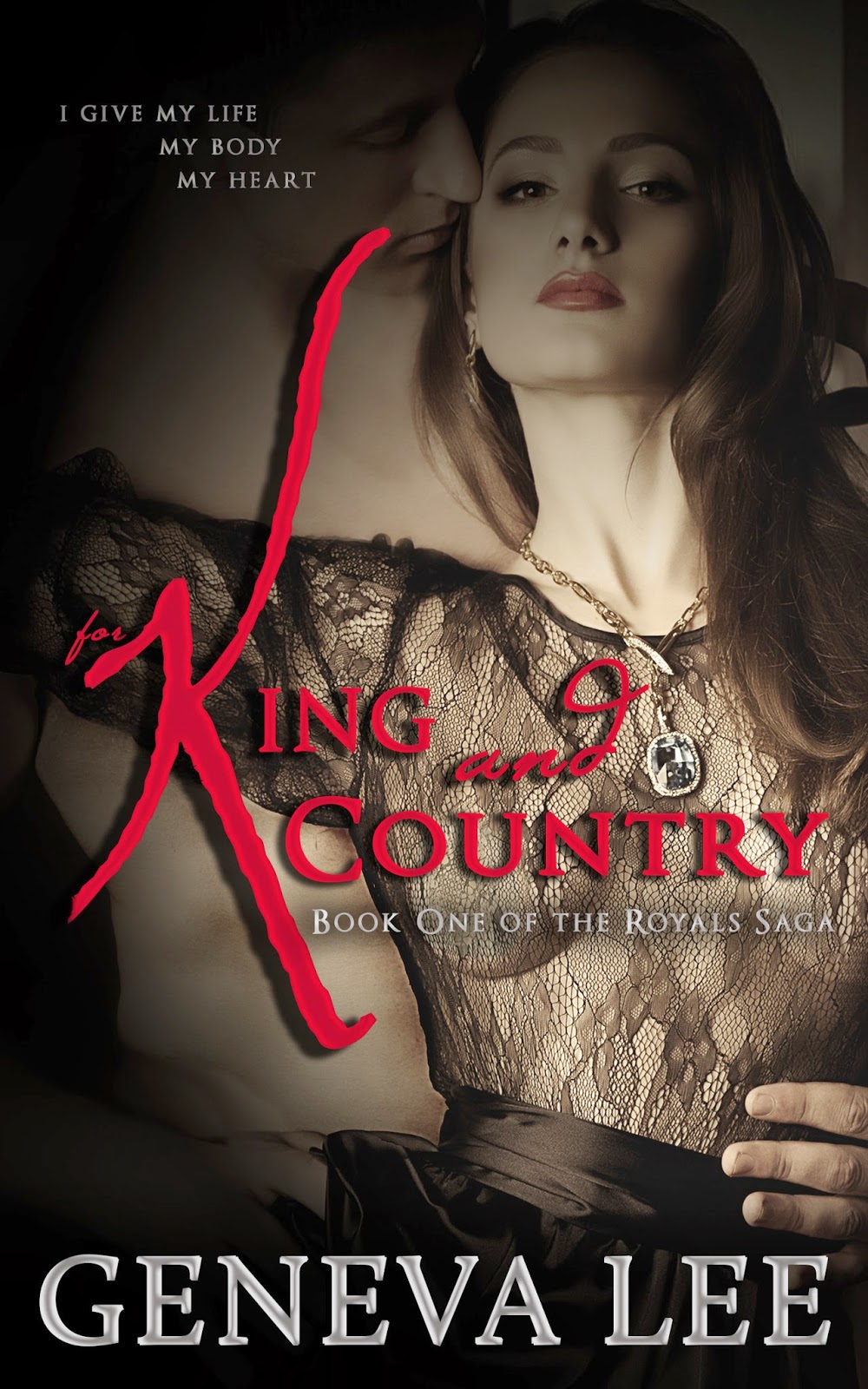 When he kissed me, I was shocked. He was a stranger and still so familiar. It wasn't until I woke up to my picture splashed on the cover of tabloids that I realized I knew who he was.
Prince Alexander of Cambridge.
Royal bad boy.
Exiled heir to the throne.
He isn't Prince Charming. He's controlling. He's demanding. He's dangerous. And I can't say no to him.
We both have secrets—secrets that could tear us apart or drive us closer together—and as the paparazzi exposes each one, I have to decide just how far I'm willing to go for King and Country.
For readers 18 and up due to mature, erotic scenarios.
Genre: contemporary romance/erotic romance Ages: 18+ 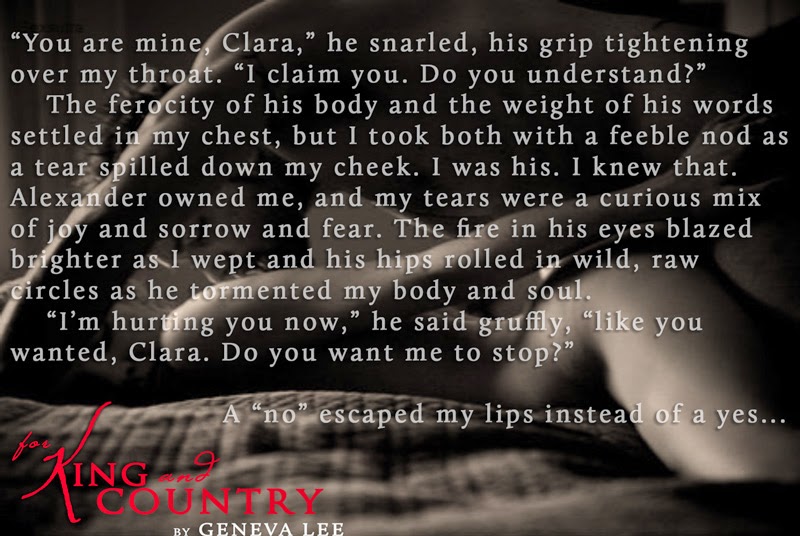 Geneva Lee prefers fantasy to reality, especially fantasies involving powerful, dangerous, and sexy men. You can find her devouring a good romance while avoiding the laundry and the children. She lives in Seattle with her family.