Fight For Me by Bethany Bazile Blog Tour, Review and Giveaway 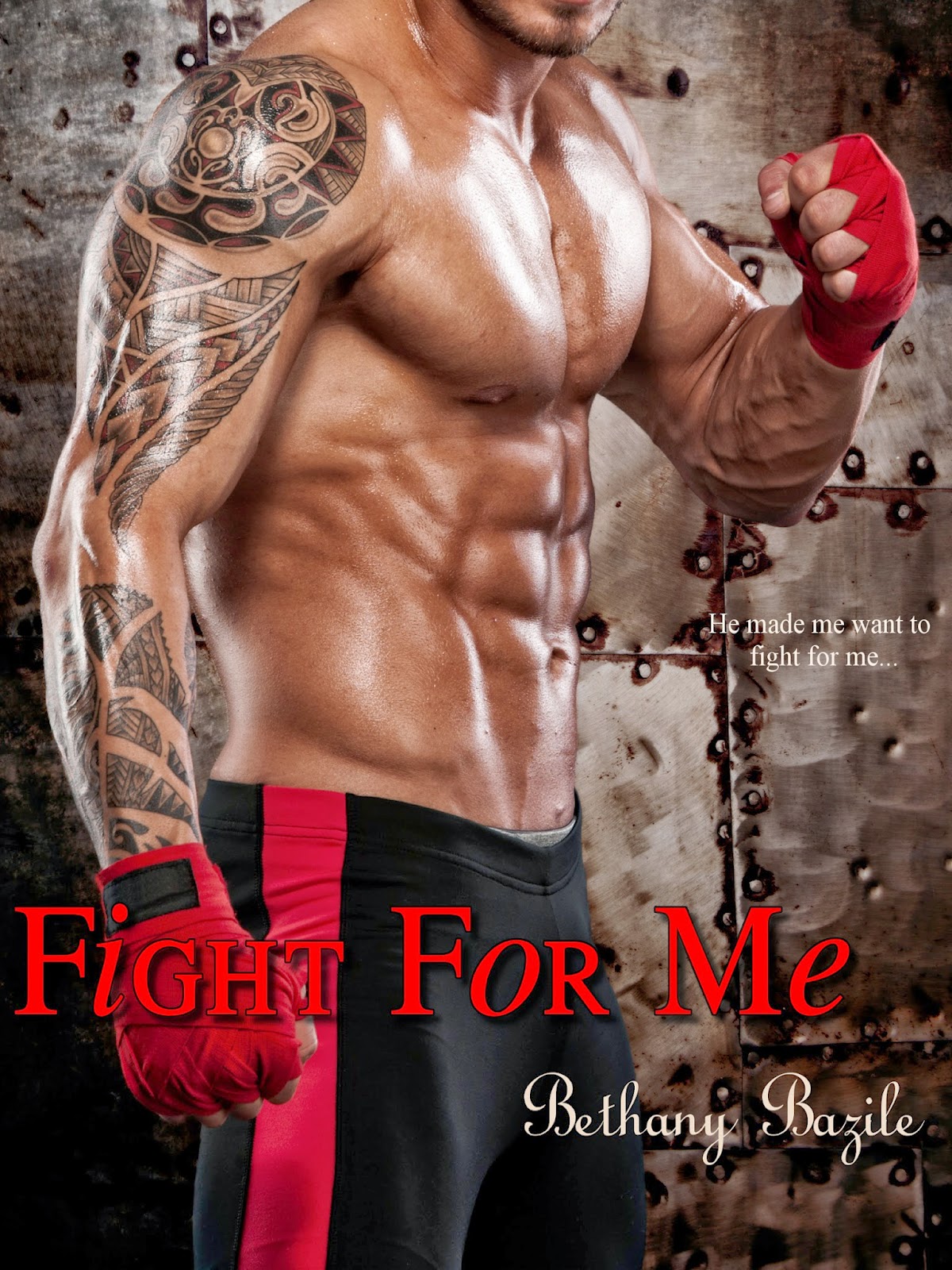 I just needed someone to show me how to fight for me…
When tragedy hits Alexis Cole is shattered. She carries the blame on her shoulders after losing a big piece of herself. When Ryder Hayes sweeps back into her life, she has something to hold on to, but just as quickly as he appeared he was gone. When fate-or meddling parents-throw them back together they can no longer deny the heat that’s burned between them for years.
Ryder has always wanted Lexi, but he’s never fought so hard against something in his life.  Saving Lexi from her past was never on his agenda, but he could never bear letting her drown in it. With his UFC championship title on the line, the last thing he needs is to be distracted by Lexi. When she’s thrown back into his life he can no longer fight their attraction.
But once he claims her he knows he’ll never let go.

***Mature content warning***
This title is intended for Adults 18+ due to language and explicit sexual content.
* If you have an aversion to steamy scenes, you may not want to board this ride, because it will be a hot and sweaty one.*

Ryder Hayes is a UFC fighter. He is training to keep his championship. To his surprise his gym is part owned by his father when his uncle passed away. He is not on speaking terms with his father since he left them and married Lexi's mom, but he must confront him since Ryder wants his dad to sign away the rights to the gym.

Alexis "Lexi" Cole lost so much in one night. She discovers her boyfriend is cheating and even something worse happens to her.  Thanks to Ryder, she is still alive but they lose touch for a few years. Ryder can't forgive Lexi's mother for stealing his dad.

When Lexi's mom and Ryder's father leave on a trip they want Ryder to keep an eye on her in exchange for releasing the rights to the gym. Ryder has tried to stir away from Lexi for years but he is done fighting his feelings. Unfortunately, not everyone is happy with their relationship.

I really liked this one. I'm a sucker for fighters and falling hard for the heroine and this one made me very happy.

Ryder is a good son but once he knows what he wants he is not easily deterred.

I like that Lexi listens at the right time and she doesn't jump to conclusions. I know this can't be the end to this series. Another character deserves a book.
Favorite quotes:

“I’m not attracted to you,” I snapped. My irritation and jumpy demeanor only proved him right.
He threw his arm around my shoulder. I was immediately enveloped with his scent. I didn’t know if it was just soap or something more, but he smelled incredible. I involuntarily leaned in closer. “Too bad, because I’m attracted to you.”

“I don’t have a weakness, but you are quickly becoming mine. You’ve gotten into my veins, and I couldn’t be with another woman if I wanted to.”

“I never say this, but I’m sort of a famous fighter. There will always be some woman trying to get you out of the way. I just need you to ask first before you let all those doubts take up space in your head. I promise to always be honest with you.”

“This love will never be easy but it will always be worth the fight. Even if they manage to tear you away from me, I’d come for you. You’re that piece of happiness I can’t live without.”

Complimentary copy provided by author in exchange for an honest review.

Bethany Bazile reads, writes and lives in New Jersey with her husband and two amazing kids. Her passion for writing was born from a love affair between books and music.  She loves books that draw her in and won’t release her until she’s inhaled every word, panting with excitement. Then she realize the sun came up, but the lost of sleep was so worth it. When she isn’t reading, she’s conjuring up steamy love scenes, and hot romance stories to share with fellow romance lovers.