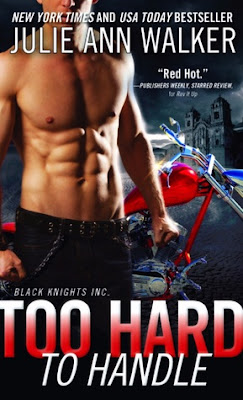 Dan "The Man" Currington is on a mission in the Andes Mountains of Peru. The last thing he was expecting is too see the woman he has been fantasizing about for the last few weeks. The last time he saw Penni DePaul, they were both on a mission and the death toll was high.

Penni DePaul is a strong woman. The first time she met Dan she was part of the Secret Service. She 's smart, knows her way around guns and she can protect herself. Penni  has unfinished business with Dan, she goes looking for him at the BKI headquarters and from there to Peru.

Dan and Penni shared a connection but in order to enjoy it, they will have to survive first.

This book has tons of action. There is evil surrounding the team and Penni is in the center of it. I admired Penni's confidence and determination while under attack. She never wavered.

Dan had a lot to process. He lost his first love and now life has given him a second chance. He didn't try to fool himself or Penni of his  true feelings. He was ready to move forward. He didn't turn away from happiness.

Since this is my first book in the series, I missed some of the importance of the secondary characters. I did like that the team behaved like a real family and they welcomed Penni to the fold without doubting that she was what Dan needed.

A complimentary copy was provided by the publisher via NetGalley in exchange for an honest review.
Posted by MrsLeif at 8:00 AM