Elena Rosales has busted her ass to get into a good college. She’s the only one in her family ever to attend, and expectations are high. No pressure. But Elena’s got this one in the bag, because she’s as dependable as the molecules she studies, as reliable as the chemical reactions that comfort her in their predictability. Until they don’t.
Elena has always wondered why her mother abandoned her on her first birthday. It’s not until she turns eighteen and her chemistry experiments go berserk that she learns the truth: Her mother wasn’t human, and the Fae are willing to harm those Elena loves if she doesn’t use her power over the elements to cure them of a deadly disease. Derek, Elena’s brooding neighbor, isn’t the friendliest guy, but he has access to an off-hours lab and is willing to help Elena create the antivirus. He has his own secrets to keep, and this business Elena is mixed up in could blow his cover. But when Elena and Derek get together, more than chemicals spark fire-and they soon discover just how complicated attraction can get when they find themselves on the other side of the portal, fighting for survival. Lives collide, and allegiance and love are tested, in Fates Divided. 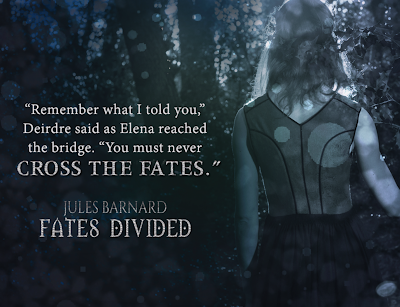 I was immediately drawn to this book because of the fae aspect of the book. I was very pleased through out the book with that aspect of the book! Jules created a really interesting fae world. I was always intrigued by the fae and I wanted to learn more about what their world was like. I also really enjoyed a majority of the characters in this book.They got annoying at times and the did some dumb things, but I liked them overall. My favorite character was Derek. I thought he was extremely swoon worthy, and I was excited when ever the chapters were from his point of view.
I liked the basics of this book: the characters, the romance, and the fantasy. However, there was just something missing from this book. There was nothing that really grabbing me. There were times were I just felt like the chapters and dialogue dragged on. Parts of the book were really interesting, and other parts just felt a little dull. This book just didn't suck me in like I was hoping it would.
Overall, I did enjoy this book. I would suggest you to give this a try if you like fae books with some romance! 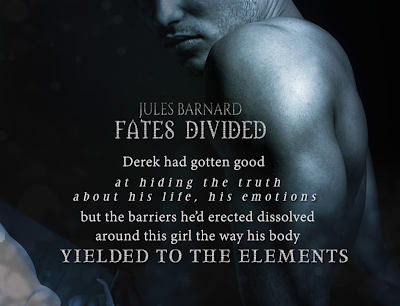 Before turning to storytelling, Jules earned a master’s degree in public health and spent many an hour running statistical analysis–until she realized her favorite part of the job was writing reports. She decided to cut out the math and add in some hot guys, and so began her career as a novelist. Jules is a Northern California native living on the coast with her husband and two children. She has no impulse control around cupcakes and credits herself with the ability to read while running on the treadmill or burning dinner.