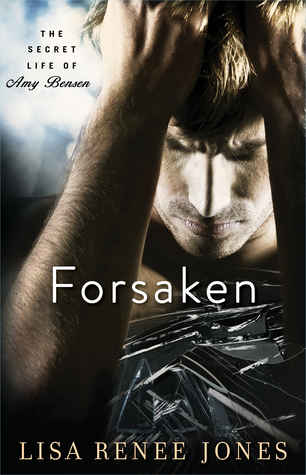 Chad is Amy's brother. He was a treasure hunter who got involved with the same people his father owed a debt to. Six years ago, his home was attacked. A bomb detonated killing his parents and caused his sister and him to run away. He faked his death making Amy believed he was gone. He did this to protect her.  Now, he is trying to escape from the people who captured him and the person helping him is a woman who goes by the name of Gia.

Gia is hiding secrets. She doesn't know who to trust. She wants to stop anyone from finding out about the cylinder, which could change the world and the reason for so many lost lives. A partnership with Chad, when he doesn't trust her, is the last thing she wants.

Nevertheless, the more danger they are in, the more they lean towards each other.

The best part of reading a book by Lisa Renee Jones is that she is a solid writer. The romance is there but it's equal to the suspense and the action her books carry. There is always doubt in regards to who is the betrayer. Or in some cases more than one person is not what they seem to be.
I love trying to figure out who is good and who's not.

Chad had the right idea. Trust no one. But, I liked that he was unable to keep Gia in the same category. His instinct was right. Yes, he acted like an asshole multiple times but who can blame him? He has been on the run for six years!

Gia, was not frail or weak. She stood up to him. She was funny and determined. She even made me smile when she was sick.

The icing on the cake was getting Liam and Amy to show up in this book. For a while, I was worried they wouldn't.

I hope there are more books in this series. There are a couple of characters I wouldn't mind learning more about.