Blog Tour
Together We Heal (Fall and Rise #4)
by Chelsea M. Cameron 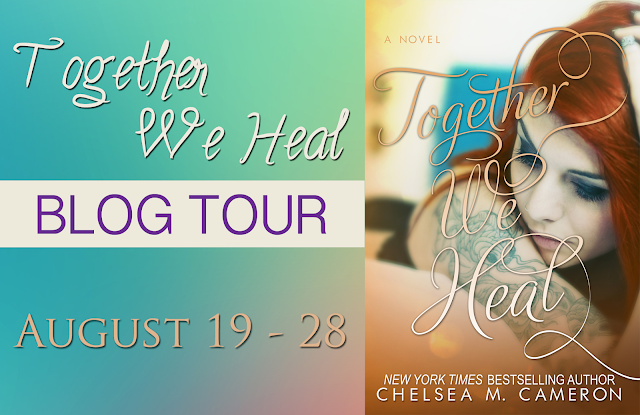 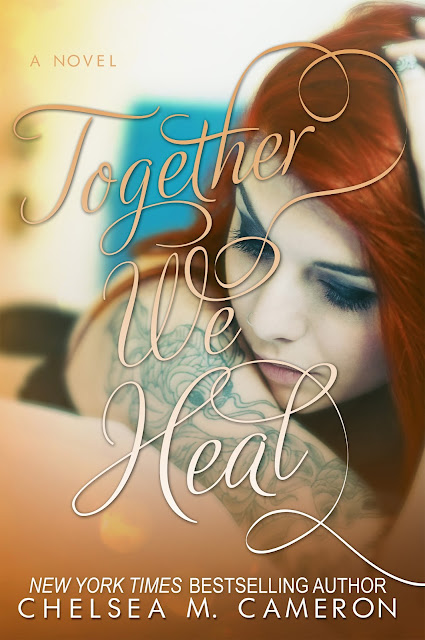 Trish Grant is not a romantic. Okay, so she may read her share of romance novels, but that doesn’t mean she thinks that some fellow with a six pack is going to ride up on a horse and sweep her (literally) off her feet. Romance like that just isn’t for her. It belongs on the page.

Max Jackson noticed Trish at his cousin’s funeral, of all places. She was hard to miss with her citrus-colored hair, violet contacts and fiery attitude.

Trish was just as captivated by Max. He makes her laugh, which is rare, and it doesn’t hurt that he rocks blue hair and the most killer smirk that drives her crazy. Max is there for her during a rough time and even if she wanted to, she can’t shake him.

There are things about Trish that Max doesn’t know, and she’s not going to tell him. She hasn’t told anyone and doesn’t plan on it, thank you very much. But when Trish’s life is ripped apart by a dark piece of her past, will she let Max in? Or will she give up her potential fairytale to protect her already-scarred heart from further damage? 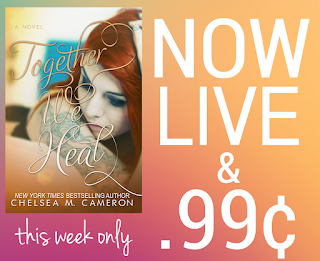 Excerpt
“Trish sat on her bed, chewing her lip and staring off into space. This was one of those times when I had to decide whether asking her to talk to me would be a good idea or a bad idea. You never knew with Trish.
“Trish?” I said, sitting down next to her and putting my arm around her. She was fine with me touching her in public, but she could get weird about it when we were alone.
She flinched a little but didn’t shift away. Finally she turned to look at me.
“What?” she snapped.
“You seem really upset and I want to talk to you about it,” I said in a slow voice.
“I’m not upset,” she said in a tone that didn’t convince me. “I’m just tired. I’m so tired.” She softened and leaned on my shoulder.
“I know, hun,” I said, stroking her shoulder. Sighing, she put her arms around my waist.
“Why do you bother with me, Max?” she said in a low voice.
“Because you’re one of a kind, Trishella Grant,” I said. Using her full name earned me a pinch on my side.
“Don’t make me regret that I told you my real name,” she said, looking up at me. Her eyes were wide and vulnerable. It was rare to see her like this and I wanted to hold onto this moment. I stroked her cheek with my other hand and placed a kiss on her forehead.
“Your secret is safe with me, sweets.” 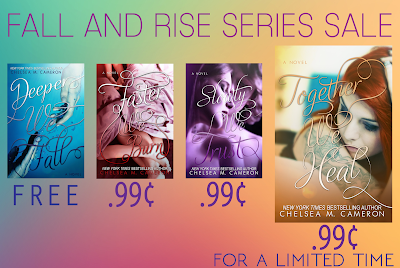 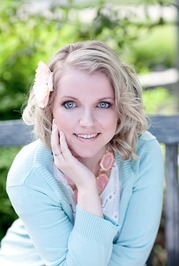 Chelsea M. Cameron is a New York Times/USA Today Best Selling author from Maine. Lover of things random and ridiculous, Jane Austen/Charlotte and Emily Bronte Fangirl, red velvet cake enthusiast, obsessive tea drinker, vegetarian, former cheerleader and world's worst video gamer. When not writing, she enjoys watching infomercials, singing in the car, tweeting (this one time, she was tweeted by Neil Gaiman) and playing fetch with her cat, Sassenach. She has a degree in journalism from the University of Maine, Orono that she promptly abandoned to write about the people in her own head. More often than not, these people turn out to be just as weird as she is.

Her New Adult Contemporary Romance titles include: My Favorite Mistake, which has been bought by Harlequin along with a sequel, My Sweetest Escape, Deeper We Fall, Faster We Burn and Slowly We Trust (Fall and Rise series), For Real and For Now (Rules of Love series), UnWritten and the novella Christmas Catch.

Her Young Adult books include Nocturnal, Nightmare, Neither and Neverend (The Noctalis Chronicles) and Whisper, the first in The Whisper Trilogy.