Blog Tour and Giveaway
Playing by the Rules
(A Portwood Brothers Novel, Book 1)
by Emily Robertson

Payton always had one rule she lived by, no boyfriends until after college. No one seemed to agree with her, even her own mother who had her at age sixteen. Returning to school after an accident that flipped Payton’s world upside down left her feeling out of control. Holding on to her rule seemed to be her only lifeline.
Josh had been letting the past rule his life for too long. Finally being at school, he’d become his own man, and he’d been putting all that behind him. Just when he thought he had it all put together, life got crazy. Not only did his ex show back up, but Josh also found he couldn’t get Payton Whitmore out of his head.
Once Josh convinces Payton to give him a shot, she’s so closed off that he wonders if it’s even worth it. Josh can tell there’s something special about Payton though, and as soon as he goes all in, he’s ready to show her that some rules are made to be broken. 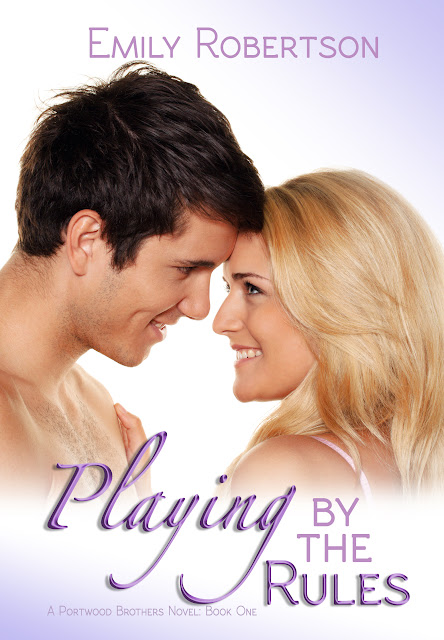 “Hey look! It’s Geoff.” Payton pointed out his car pulling into campus and waved real big at him. When he flashed his lights, she knew that he noticed her.
He parked his car in his parking lot and got out. When he was out, Payton saw him wave back at her. She was so glad she had a friend like him. The streetlight illuminated him and he was looking sharp. Payton was always surprised he didn’t have a girlfriend. When an extra door closed, she realized he wasn’t alone, and her eyes darted over to the passenger side, and dread filled her. She tried to whisper, but she was sure that with all the booze in her system it wasn’t really all that quiet.
“Hailey! That’s him!”
“Who? Wha-“
“Him!” Payton cut her off. “It’s the guy I was telling you about. With Geoff.”
“Damn girl, you were right. He’s hot.”
“Quick look away. I think he’s staring at us,” Payton said frantically trying to find something else to concentrate on. She was looking around like a spaz, but she couldn’t help herself. Suddenly she noticed Hailey wasn’t only looking at the guy, she’d turned and was downright staring at him.
“What are you doing?” Payton hissed.
“I’m looking at this nice specimen of a man that seems to be staring at you. Pity you can’t look back, it’s a nice view.”
“What? No!” Payton felt her cheeks heat even more than they already were. She risked a quick glance, and sure enough, he was looking at her.
“Well, do something,” Hailey encouraged.
“What am I supposed to do? I’m not going over there. I’d make an ass out of myself.”
“So?”
“So, I…oh hell,” Not having much reasoning still from all the Patrón running through her she yelled the first thing that came to mind as loud as she could, “HEY! YOU’RE KINDA CUTE!”
Payton planted her palm on her face, What the hell? Of all the things, that had to come out? Knowing she had to get out of there now, she started to pull on Hailey’s arm trying to get her to move. “What are you doing? Let’s go!” Payton hissed at her friend.
“I’m not going anywhere, you can leave without me if you must, but I’m staying right here.”
Payton knew Hailey was playing this card because it was a pact they had. It was best friend rule number one. You never EVER left the other alone especially when it was night and they were drunk. Payton and Hailey always made sure the other was home and safe. It looked like her BFF was using the rule against her tonight though.
“I kinda hate you right now,” Payton muttered under her breath.
“What was that?”
“Come on, they’re on the way over. If you love me, you’ll go, now.”
“Nope. Consider this my Christmas gift to you.”
Payton looked over and realized it wasn’t just Mr. Hot coming, but Geoff was headed their way too. Maybe she could still save this. Oh, who was she kidding? She couldn’t save this. She’d made an idiot of herself plain and simple. Hailey wasn’t doing anything to help; in fact, she was just rubbing it in.
Payton leaned in close and said, “Just remember Hailey, paybacks suck.” She plastered a fake smile on her face when she heard them approach. Turning towards Geoff she said, “Hey Geoff, buddy, how was your poker night?”
Geoff smirked, “Not too bad. I got creamed though.” He leaned in and gave her a hug. It took her by surprise. They’d been friends for a while, but they’d never really been the kind of friends who hugged just because. Something was off. Who was she kidding? The whole situation was off.
“Hey Hailey, how’s it going?” Geoff asked.
“Not too bad Geoffrey. Who’s your friend?” Hailey nodded in Josh’s direction.
Geoff cocked an eyebrow probably realizing he’d been scolded. No one used Geoff’s full name, ever. “Well, this is my friend Josh. Josh, this is Hailey, and that’s Payton.”
“It’s nice to finally meet you,” Josh said with a knowing grin to Payton like it was more of an inside joke.
Payton’s cheeks reddened, “Thanks. I can’t get you outta my head either.” When she realized what she’d actually said, she planted her palm on her face. Stupid Patrón shots. “Anyway, sorry, we’ve gotta go.”
Payton grabbed Hailey and yanked her towards the door. It wasn’t easy since Hailey was busy laughing her butt off. After she shoved Hailey in the door, she turned back to the guys.
“Night guys!”
“Night Mr. Gorgeous,” Hailey yelled through the open door, and Payton’s mouth dropped open. She needed to find a hole to bury herself in.
“Hailey!” Turning back towards the guys, “Sorry, we’ve had way too much to drink. Can we just pretend this whole thing didn’t happen?” She studied everyone’s faces and was mortified, “Didn’t think so.” 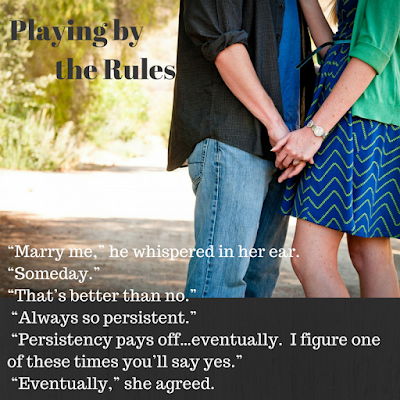 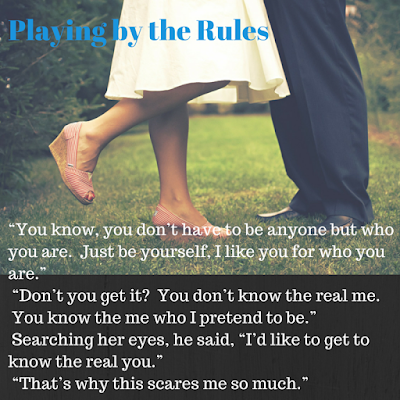 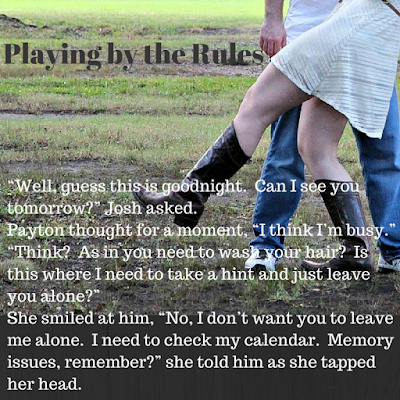 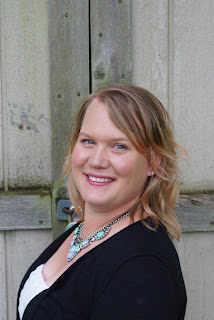 Emily Robertson graduated from Southwestern College in Winfield, Kansas with a degree in Theatre. She is an avid reader and enjoys reading New Adult and Romance as much as she does writing them. She currently resides in the Washington D.C. area with her husband and two children. She loves connecting with and talking to other readers by e-mail, or on Facebook or Twitter. You can get information on her upcoming works by signing up for her newsletter. 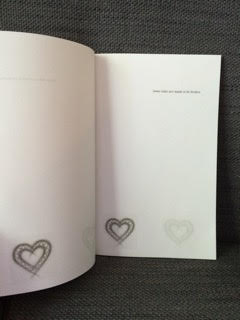 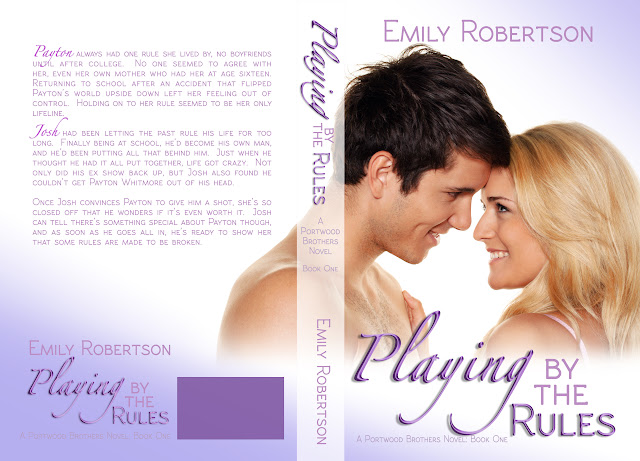