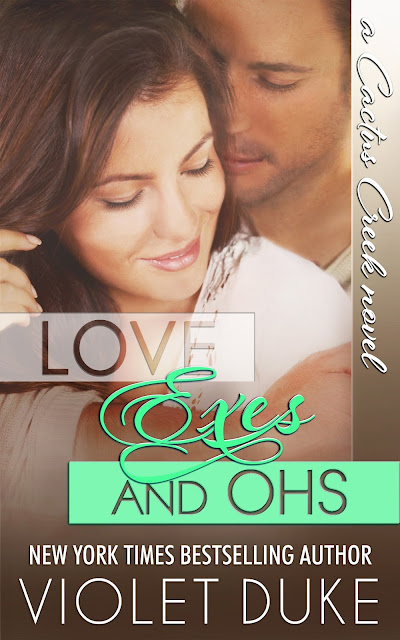 He may very well be the perfect ex...
Isaac McKnight has had enough loss in his life to know never to take anything for granted. So when the perfectly-imperfect-woman-for-him puts an end to their relationship out of the blue, it's Isaac that makes sure they remain friends. Now a year later, whether it's at his gym or her brewpub, or the dog park they visit every weekend--though neither of them own a dog--he and Xoey are steadily getting sucked deeper into buddy-zone galaxy, with its dangerous proximity to watch-me-settle-down-with-someone-else abyss. It's a reality he's resigned himself to. That is...until one drunken confession changes everything.
But she's looking for the perfect oh...
For Xoey Montenegro, history has taught her that sometimes, it's Prince Charming who vanishes without a trace. And fairytale love? Highly overrated. Heck, give her a real and perfect 'oh' over that fantasy any day. So as far as rock-solid tequila-fueled plans for her love life go, coming up with a match-finding formula based on the qualities of the men responsible for her three most epic ohs seems brilliant. Except for the fact that one-third of her genius little man-quation is all about her friend Isaac. Actually, more than a third if Xoey were being honest with herself--which she's not. Because full honesty would require thinking not just about how perfect Isaac really is, but also about how perfect the fourth epic oh she's kept buried deep in her past once was.
An easy enough thing to keep ignoring...until her past isn't past tense anymore.

Xoey pulled back and smothered a grimace when she saw it was Sienna’s blind date fix-up for her, aka Mr. Octopus Hands.  Great.
“Griffin, hi.  How are you?” she offered genially.
“Can’t complain,” replied an even louder than she remembered Griffin, who had on a top shelf whiskey slap-happy grin on his face as he swung his glance from her to Isaac.  “So you two are dating now?  Congrats.  Small world.  Though I guess I shouldn’t be surprised since you both know Quinn and Luke.”  He slung an arm around Isaac’s shoulder.  “I don’t say this often but in this case, it’s the truth.  I couldn’t have lost out to a better guy.”
Lost out?  Griffin hadn’t even been a contender.
Her thoughts must have been showing through on her expression because Isaac’s mouth twitched up into a tiny grin.
Xoey found herself smiling as well, momentarily giving Mr. Octopus Hands a pass for everything he’d done to earn that moniker.  He had her and Isaac smiling again.  That had to count for something.  So she smiled politely as he continued to disprove the myth that folks don’t actually talk like they do on TV crime shows.
“I’m telling you,” continued Griffin.  “This guy is the greatest.  He saved my ass more than a few times back in business school.  Am I right?”  He triple-patted Isaac’s cheek in that mafia sort of way.
Huh, maybe the guy was just handsy with everyone.  Suddenly, his ass-pats the other week didn’t seem quite so offensive.
“Anyway, I’ll let you two get back to your date.”
Griffin gave her a long lost hug.  “Xoey, it was so great catching up with you.”
Catching up?
She wondered what the atmosphere was like on his happy little planet.  Must be nice.
Another lip twitch came from Isaac.
Man, her poker face clearly needed work.
“And you.”  Griffin did a cheesy double-pointing thing at Isaac.  “You, call me so we can go grab drinks one night with all the guys.  We miss you, man.”
“Yeah, of course.  I’ve been pretty broken up about that, too.”  Isaac mimicked the double-pointing thing, and Xoey just barely held back a burst of laughter
One more triple-pat on Isaac’s cheek and he was off.
“You know, I really have no idea why I chose you over him.”
Isaac chuckled.
“Oh crap,” she sighed.  “He’s coming back this way.  I think the GPS on his space ship might be broken.”
Isaac’s shoulders shook with even more quiet laughter.  “Christ, I’ve missed that quick mind of yours.”

If you could cast anyone to play in a Cactus Creek Movie who would you pick?

Love, Chocolate, and Beer
-- For Dani, I’ve always pictured Chyler Leigh (when she first started Grey’s Anatomy), but now that I’ve seen Pitch Perfect 2 and developed a massive girl crush on Anna Kendrick, I have to go with her.  LOL!
-- Jensen Ackles.  He has that ridiculously hot guy next door look about him with eyes I get stupid over, and an unforgettable presence.  A lot like how I imagine Luke to be.

Love, Diamonds, and Spades
-- If Katharine McPhee (I LOVE her in Scorpion) was blond, I’d say she’d be a lock for Quinn but since she’s not, I’d say without a doubt, Dianna Agron.  Bonus that she plays a Quinn on Glee.  ;)
-- Paul Walker.  Effortlessly good looking, bluntly romantic, intensely focused.  With a sexy, masculine smile and giant heart you can’t help but fall for.  Yep, that’s Rylan.

Love, Tussles, and Takedowns
-- I mostly pictured old school kung-fu movie actresses when writing Lia’s martial arts scenes, but in the broader sense, in my mind, I saw Maggie Q (fellow local girl from Hawai‘i – woot!).  However, I have this this thing about Hollywood cross-casting Asians (I’m Japanese and can always tell when they cast a non-Japanese actress to play a Japanese role).  LOL!  So since Maggie Q isn’t of Chinese descent like Lia is, I’d say it would be a tie between Kelly Hu (my husband crushes on her big time) and Kristin Kreuk.
-- Justice Joslin.  Holy moly.  He makes scruffy look so freaking good.  Everything about him reminds me of Hudson.  And yes, I made sure to study every single inch of him to make sure.  :)

Love, Exes, and Ohs
-- Elsa Pataky.  Totally.  She’s got the same exotic Spanish look as Xoey and she's beautifully tough.  Plus, she’s married to Thor.  So...yeah, that raises her in the awesome plane that I believe Xoey exists on.  LOL!
-- Josh Duhamel.  He has that quiet sexiness and innate kindness that Isaac is all about – the kind that sneaks up on you and never lets go...he just looks like he’d wait on his best friend to fall in love (and lust) with him.  Like Isaac does.

Thanks so much for having me on your blog!!  I always LOVE chatting with bloggers and fans over on my Facebook page so stop by one of these days!  I make it a point to have my FB page be creatively fun and utterly random most days.  So far, I've been highly successful.  :)
xoxo 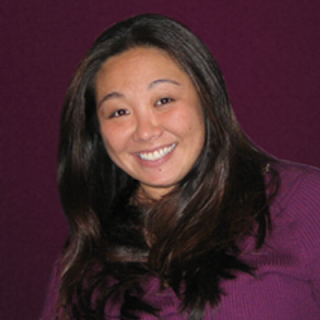 NEW YORK TIMES & USA TODAY bestselling author Violet Duke is a former professor of English Education who is ecstatic to now be on the other side of the page writing wickedly fun contemporary romance novels. Her NYT and USA Today bestselling books have been Top 10 bestsellers across the major eretailers both in the US and internationally. When she's not writing or feeding her book-a-day reading addiction, Violet enjoys tackling reno projects with her power tools, trying pretty much anything without reading the directions first, and cooking 'special edition' dishes that laugh in the face of recipes. A born and raised island girl, she spends her days getting into creatively fun trouble in Hawai'i alongside her two cute kids (daughter Violet & son Duke) and similarly adorable husband.


Find the latest on her books and fan giveaways at www.facebook.com/VioletDukeBooks
Posted by MrsLeif at 8:30 AM