Anna is a beautiful Ph.D. student whose older brother is a notorious badass in the Wind Dragons MC. Of course she loves Rake, who’s looked out for her since their troubled childhood. But he’s still protecting her—to the extreme. She can’t make a move without a Wind Dragons motorcycle escort. Potential boyfriends flee, for fear of her ass-kicking sibling. And Rake’s made it clear that his biker brothers are trouble of the worst kind, and strictly off-limits. But one of these tattooed bad boys has already pierced her heart: Arrow, the bearded, darkly brooding rider with the body of a Greek God and eyes that betray a wounded soul. He’s sent to whisk her off campus on his thundering steel stallion. And when Anna wraps her arms around his rock-hard torso, it’s too late for caution: she’ll ride as far as the road takes them—unless Rake stops Arrow in his flight. . . . 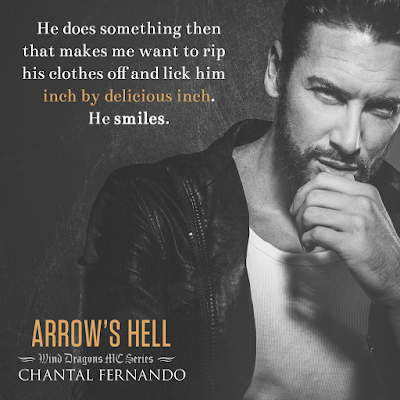 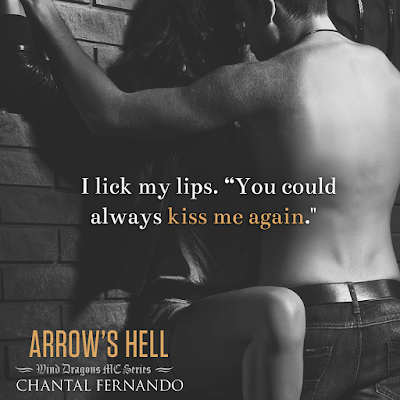 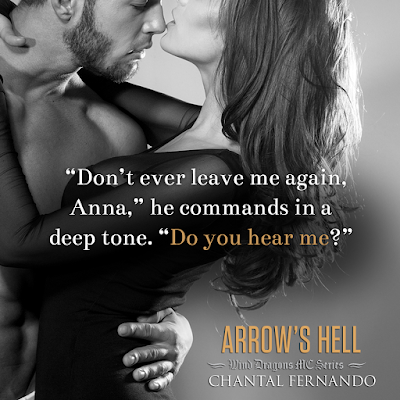 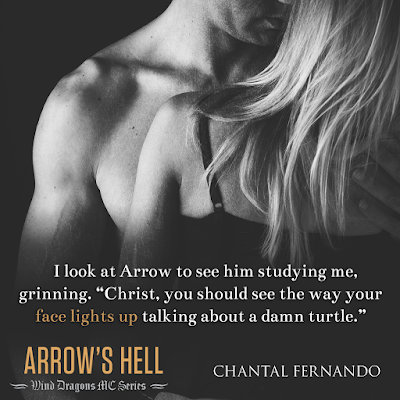 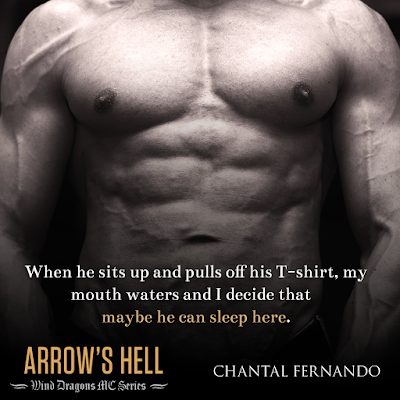 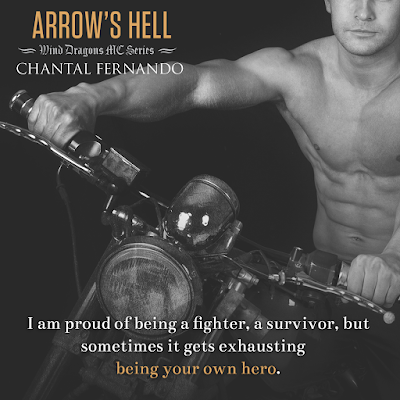 From the prologue of this book I was swept into the story.
Arrow appears as a funny character in Dragon’s Lair until he looses Mary, someone he loved but never got a chance to tell how important she was to him. He’s living with regret. He also murdered the President of the rival MC and has spent time in jail. All these facts change his personality.  He becomes serious, brooding and wants nothing to do with love.

When Rake, another Wind Dragon member, brings his sister Anna to meet the MC, Arrow feels desire for her. It is the first time in a long time someone has stirred emotion in him again. He knows he shouldn’t want his MC brother’s sister and he struggles with avoiding Anna but at the same time he doesn’t think he can let her move on without him.  Anna doesn’t help either, she makes it clear to Arrow that she wants him and only him.

“Have you ever seen someone for the first time and just wanted them? Something about them attracts you, like a moth to a flame, without rhyme or reason. Every time I look at Arrow I feel that pull. That want, that need. There is something about him, something that draws me to him. Sure, he is gruff and rough around the edges. He is also temperamental, broody, and usually pretty damn grumpy. He is a man of few words—the strong, silent type.”

~
Arrow’s Hell is even better than Dragon’s Lair. This MC crowd is full of interesting characters including a character from the rival MC.
I liked Arrow, I felt his pain and his guilt. Anna was smart, sassy and funny.  I was pleased to see their relationship progress naturally. No insta-love for them. Arrow wanted someone better for Anna. He wanted to protect her from the MC life and Anna wanted someone who would be there for her unconditionally.
There is a twist in the book which was a good addition to their love story. Forgiveness is hard to give but not impossible.

“I always get what I want, Anna. Best you realize that now.”

When Faye discovers her boyfriend in bed with another woman, she does something incredibly stupid: she sleeps with his brother, Dexter Black. He’s the boy next door who grew up to be one sexy biker dude, pure alpha male to the core. A tattooed muscle-bound fantasy in the flesh, Dex is now vice president of the notorious Wind Dragons MC. And now Faye’s really screwed. . . . She’s a law student with a future. He’s a criminal with a past. She’s a good girl from a strict family. He’s a bad boy who breaks all the rules. But once Faye straddles the back of Dex’s bike—and experiences the thrill of the open road, the rush of pure adrenaline, and the roar of unbridled lust—there’s no turning back. This good girl and her hot-blooded biker are in for the ride of their lives. . .

AUTHOR BIO:
Chantal Fernando is a New York Times and USA Today bestselling author whose novels include two books in the Maybe series—Maybe This Time and its follow up, This Time Around; and her latest releases, Toxic Girl and Saxon. When not reading, writing, or daydreaming, she can be found enjoying life with her three sons and family. She lives in Western Australia.