Shock Me by Ashley C. Harris 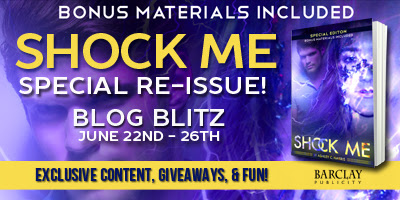 Romance and intrigue set in supernatural world make the Shock Me series ideal for young adult and adult audiences. Readers of Paranormal YA and Paranormal Romance, and fans of Jennifer L. Armentrout, Pittacus Lore, Rick Riordan and Susan Collins will love this series. Originally published September 17th, 2013, this special re-issue is complete is a new cover and content from the author.

Praise for Shock Me:

“Memorable characters and plot momentum will keep the reader fully engaged right up to the pulse-pounding, dramatic conclusion with a stunning ending that I didn’t see coming!” ~ Lori Zalewski, Lusty Penguin Reviews

“Everyone can become a hero. That is what I got out of it. Well a lot more but that was a really powerful message. It keeps you on the edge of your seat to see what will happen next. I can’t wait for the next book and look forward to more from this new author!” ~ Kelly, Kindle and Me

“One of the best things about this book, is that it’s not like any other I’ve read recently. It’s absolutely unique. And, I loved that it was told in third person instead of first, because with all the things going on throughout the book, being able to know what more than one person was thinking was extremely helpful.” ~ Stacey Mosteller, Reading Rainblog

“Shock Me by Ashley Harris is a story with new, fresh premise and I believe that fans of paranormal young adult novels will be thrilled to read it. “  ~ Glass, Ja čitam, a ti?

Follow the blog blitz from June 22nd - 26th! One lucky winner will receive a $10 Amazon or Barnes & Noble gift card!

Follow the blog blitz for your chance to win! 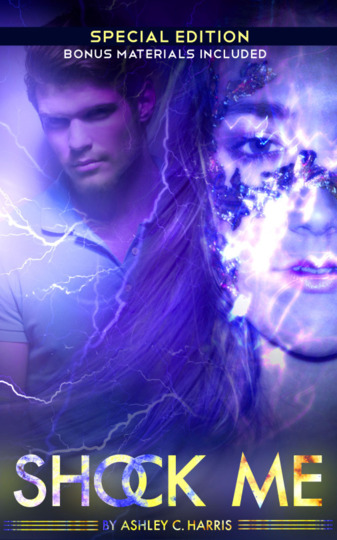 A promising gymnast, Donna Young is a shy, quiet nobody from the wrong side of town. The only exciting thing in life is her secret friendship with Ryan, her childhood crush. But after the accident—one that should have killed her—she discovers she has impossible powers! Why now, at sixteen, can she transform into something shocking and inhuman? Donna doesn’t know how to use her new abilities or who she can trust, but unveiling this mystery might lead to conclusions about Ryan that are deadly.

Rich kid, Ryan Applegate is the most popular guy in town. He has a face that should be on a poster in every girl’s bedroom and dates the hottest chick in school. But ever since the big explosion at the town’s power plant, Ryan has been keeping secrets of his own that if revealed could force him to choose between his family and the girl he's forbidden to love.

As their electrifying puzzle unfolds, so unfolds a town where friends become enemies, and enemies become unrecognizable and intertwined. Tortured heroes just might be the bad guys, and Donna discovers that her and Ryan’s secrets are powerful enough to destroy everyone... including themselves. 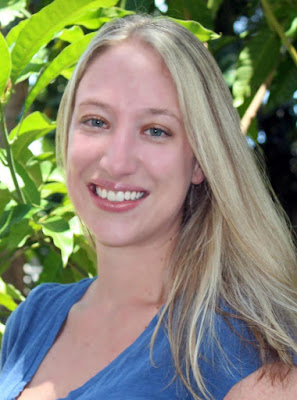 Author and film director Ashley C. Harris resides in Florida. Ashley was first recognized for her edgy writing and unique film work when she wrote and directed the teenage film Lines. Lines was the first feature film in the world captured using only Mac Laptops.

In 2013 Ashley teamed up with Barclay Publicity to release the first title in a new young adult series Shock Me. Ashley then went on to release the first of a new NA series, One Night In Heated Snapshots, that quickly reached Amazon's Best Selling top ten list for sports romances.

When she is not dreaming up new books and working on film sets, she loves to spend time with her friends and family. 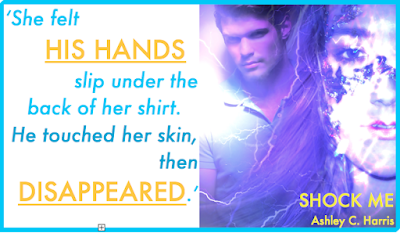 He looked through the clear glass window knowing where Spencer and Rebecca were Donna wouldn’t be far behind. After a second he spotted her walking inside the shoe store across the street, her eyes staring at the running shoes on the wall. “I’m gonna get some air,” he said as he got up from the table, taking his soda with him.
Spencer’s mom, one of the waitresses at the diner, handed Spencer some change from her pocket. It dropped from her hands causing her to bend over.
“Uh, yeah, me too.” Randy got up quickly and started moving behind him while staring at Spencer’s mom’s behind. She was probably the reason Randy had chosen to come eat here in the first place. Spencer’s mom was hot, very hot, and young too. She’d had Spencer when she was only a teenager. Randy practically walked into her as she stood up straight, her butt supposedly grazing his hands by accident. Spencer gave both brothers very pissed off looks, as if he was tough or something. Spencer tough? Ha, that’s a joke. Yet instantly Ryan felt on edge, watching his older brother closely, making sure Randy didn’t start something regrettable with this guy. Being the town hot head defined Randy in ways most people couldn’t imagine, and it was Ryan’s job to make sure everyone stayed under control.
They headed outside, both leaning against the restaurant wall as Randy pulled out a cigarette and played with his lighter. It was un-believable because their mom had died from smoking and here Randy was cutting years off his life. The butt of his cigarette caught on fire without him even pretending to flicker the lighter on.
“You need to be more careful and use your lighter,” Ryan told him. “Dad would freak.”
“I am a lighter, little brother,” Randy corrected him. “Chill.”
Ryan rolled his eyes. Lecturing Randy was like talking to a wall.
“So is this why you wanted to come out here?” Randy asked him, looking toward Donna as she lifted up different running shoes from inside the store; she was looking at the prices no doubt.
“I needed to chill before training.”
“Sure,” Randy said in disbelief.
Ryan ignored him, watching Donna, his once childhood companion, try on a pair of running shoes. They were black and white with one thin pink stripe. Girlie enough for Donna, where on the other hand Lynn, looking as herself, would never touch them.
Donna looked at the price on the box several times and then handed the shoes back to the sales girl and left the store. She was wearing old-fashioned baggie overalls on top of her blue gymnastic uniform. The blue lit up her eyes as the sun shinned down on her messy blond hair. Donna was the nice girl, the shy type of girl who is kind and often overlooked, but when you do look, you saw that she was incredibly beautiful.
Their eyes met as she came toward the restaurant door and she took a deep breath bracing herself. As if she needed the extra strength just to walk by and not embrace him like she used to when they were younger. Every time she did that, everyday when he had to see her at school and she took that “brace yourself” pose, it was like a punch to the gut. And every time he wished he could say something.
“If it isn’t little Donny,” Randy barked while breathing out more smoke. Donna gave a half sarcastic, half embarrassed smile and kept walking by. Years ago Randy used to antagonize and bully Ryan and Donna both with all his older friends. To try and escape him, they would run and hide in the woods for hours at a time, building forts and imagining dumb adventures. They had become so close back then, their bond was almost indescribable; up until right before the summer of Donna’s first trip to New York when something terrible had almost happened and it was all Ryan’s fault.


“It’s better this way,” his father’s words echoed inside his mind. “Just keep her away.” But he still always wondered what it would be like if he and Donna were dating. If he could be just like her. Normal.
Posted by MissDaemon at 7:30 AM