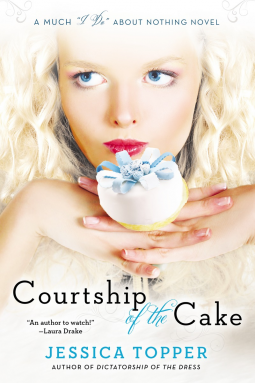 “You’ll never find yourself, if you haven’t yet lost yourself.” Dictatorship of the Dress has a special place on my favorites shelf. It was adorable, funny and has stuck with me, even months after reading it. Danica was part of the fun in that story, along with being Laney's voice of reason, so I sort of went into this one expecting it to be light and kind of silly. It was much more than that though. Dani had a depth, I didn’t originally give her credit for."Listen to that little voice inside your own head for once, will ya? W-W-D-D?" The night of her sister’s wedding, Dani meets Mick and they share a pretty unforgettable connection, but that doesn't stop him from disappearing.Months after the wedding, in an attempt to forget him and find her place in the world, Dani joins a summer music festival as a masseuse for the artists. That’s how she gets wrapped up with, Nash Drama, the lead singer for one of the bands. There wasn’t much I liked about Nash. At times, I saw hints of a good guy hidden under that rock god ego, but they were few and very far between.For some reason, Dani agrees to help out Nash and pose as his fiancé for his epic hometown return. A place he left behind ten years ago, full of regrets and a son he’s never even laid eyes on. Turns out his best friend, the cake baker extraordinaire, is the mystery man from her sister’s wedding - MICK!  There’s a lot of history and a tangled web of heartache surrounding Nash’s group of friends and Dani finds herself caught in the middle. She’s a natural fixer and people pleaser, so of course she’s going to try and make things better, maybe even at the cost of what she really wants, or I should say who.“Mick, you’re the only taste I’ve been craving.” The spark between Dani and Mick made me giddy. I will say, the romance wasn’t the most prevalent part of the story though, it read more like women’s fiction than contemporary romance. I thought Dani was a really likable character, but there were more than a few times, I was frustrated with her. I wanted her to let the whole sham go, everyone could see through it anyway, and just be honest with Mick. At one point, it was like, enough already, just tell him you want him! But, Mick was patient and so sweet, and it only made me fall for him even more.“You should try frosting a cake with those moves.”
“I do. Every day. And I can’t wait to frost yours.” The cast of secondary characters was top notch. Bear pretty much stole the show with his serenade. I would love to read Bear and Angie's story. Nash and Quinn's reunion sort of happened in the background, so maybe this means, possibly, they might get a book? I’m not a huge Nash fan, but I’m sure the author can change that.I enjoyed the story, but there were a few things that bothered me enough to mention. The whole Jax and Dex situation felt like an afterthought, like it was just thrown in. I would have liked for that to have been explored a little more, rather than just a quick chapter at the end. And how could Dani not be in New Hope with Laney and Noah?!?! Totally blew my mind that she would miss out on that day.I thoroughly enjoy Jessica Topper’s writing. Her way with words, all the musical references throughout the story and the development of the characters, spoke to my inner book nerd and commanded my attention. Similar to cake, I enjoyed this until the very last crumb.

Danica James is usually the voice of reason for her friends. She is also a massage therapist. She loves her job but she needs a way out of her home. A year ago, at her sister's wedding in New Orleans she had an encounter with a sexy party crasher name Mick. Their time together was short but by all means relevant. In search of a distraction, Danica joins a rock music festival. She becomes the masseuse of the famous singer Nash Drama. Nash needs her help. He wants her to play the part of his fiancée when he goes back home.

Mick Spencer couldn't forget Dani. He has thought about her since the moment he left New Orleans. Watching her appear at his baking store the Night Kitchen is like a dream come true. Only to turn into a nightmare when he realizes she is engaged to his best friend. Mick can't understand why Dani is with Nash. He knows she felt the same attraction he did when they met and he needs to prove to her that they can be great together.

I had some issues with this book. It confused me at times. Too many past/present mixed into their story.
What I liked was the back story to Bear and Angie, and Nash and Quinn. Although, most of the time I didn't like Nash.  I didn't understand why Dani would sacrifice her life to help him when half of the time he was rude to her.
I didn't like Mick at the beginning but he grew on me and he made me laugh out loud a couple of times.  By the end of the story I was happy to cheer for him.
Dani was not what I was expecting. Her back story with Jack I think came out of nowhere.

A complimentary copy was provided by the publisher via NetGalley in exchange for an honest review.
Posted by MrsLeif at 8:30 AM

Email ThisBlogThis!Share to TwitterShare to FacebookShare to Pinterest
Labels: Review Courtship of the Cake, Danica James, Jessica Topper, Mick Spencer, Much "I Do" About Nothing, Nash Drama