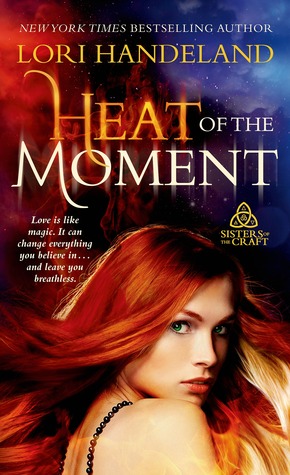 This book had a solid start. Becca and Owen had a lot of chemistry right from the beginning, which made me extremely excited to see the development of their relationship. However, their romance was kind of a let down for me. The chemistry between Becca and Owen was the only thing that kept me interested in their relationship. Becca was always so hot and cold with their relationship. One second she would be telling Owen that she was in love with him, and then the next second, she was telling him to stay away from her. Becca just came off as really whiny and immature when it came to the romance department. It also drove me insane that Becca never confronted Owen about their falling out. I just was not a huge fan of Becca or the romance.

Another thing that I didn't like in this book was how Becca treated the family that raised her. I understood that she was upset that they kept a secret from Becca. However, they were still her family! They raised her and took her in when they didn't have to. Becca just seemed so disrespectful. What annoyed me even more was that as soon as she met her biological family, she instantly loved them. She was horrible to the family that was wonderful to her (besides keeping that one secret), but then was completely wonderful to total strangers who claimed to be her biological family members?

The one aspect that I enjoyed in this book was the paranormal aspect. The book was always extremely interesting and addictive whenever magic was involved. The reason I was able to give this book a 3 out of 5 was because of the magic aspect of this book. I am a sucker for magic, and I found the magic aspect in this book to be very intriguing.

This book was good, but it wasn't great. I thought the book was quite enjoyable at times, but really frustrating at other times. I think this book has great bones, but it just wasn't executed the way I was hoping. I will continue this series though, because I am very interested to see how the series will continue to develop!

Email ThisBlogThis!Share to TwitterShare to FacebookShare to Pinterest
Labels: Review Heat of the Moment, Lori Handeland, Review, Sisters of the Craft