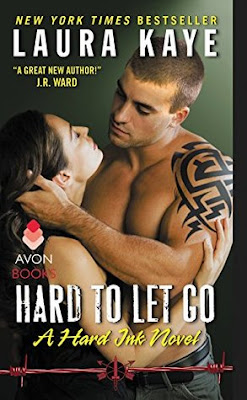 Beckett Murda is one of the five Special Forces soldiers trying to find the truth behind the ambush that killed part of their team in Afghanistan. He's also living with the guilt of Marz losing his leg to save his life during say attack. He'll do anything to clear their names and he's a no nonsense kind of guy. He watched his fellow soldiers fall in love but for him the mission comes first. Until Katherine Rixey comes to visit her brothers. Now, Beckett knows he's screwed.

"Beckett had to admit that something about Kat distracted him, irritated him, made him...feel."

Katherine Rixey is an attorney. She's feisty, smart, and determined. Most of the times she can take care of herself. Going back home to find her brothers under attack was not what she was expecting but now that she's with them, she won't leave them until they are all safe. Even if it means tolerating Murda's grumpiness. She can't seem to keep from butting heads with him, so why does she want to kiss him??

I was sad to start this book.  I knew it was the end to this series. These amazing characters have battled the evil who took away their honor and they have fought hard to clear their names from the conspiracy surrounding them. During this fight they lost allies and friends but they also gained love and friendship.
I have enjoyed every single book in the Hard Ink series. In Hard to Let Go, Laura does a great job in giving us the HEAs we wanted but also closing all those loose ends in a nice perfect package.  There is a lot of action and romance during this one too. Kat was a great character, she was a Rixey through and through. Murda had a tough life and Kat was the perfect girl to help him overcome it.
I'm going to miss this crew's banter, Cyclops, Eileen. My hope is that we get the Raven Riders books next.

A complimentary copy was provided by the publisher  in exchange for an honest review.
Posted by MrsLeif at 8:00 AM