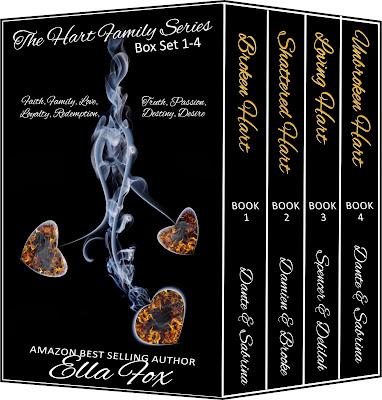 About The Hart Family series

Broken Hart (Hart #1)
Sabrina Tyler is head over heels in love with her boss and best friend, Dante Hart. She thinks that Dante has no romantic interest in her but she's wrong. Dante doesn't believe in love or commitment or any kind. Sabrina has gotten under his skin, but Dante has no intention of acting on it. One wild night changes their relationship forever, but Dante lacks faith in love and doesn't believe in Happily Ever Afters. Can Sabrina break through and fix what's broken in Dante Hart

Shattered Hart (Hart #2)
Damien Hart will never allow himself to fall into a committed relationship. He's seen the worst of the worst, and he knows that there isn't a woman on earth that will ever change his mind.  All of that changes the moment he meets Brooke Tyler. Damien's entire view of women and relationships is rocked by her, and though he tries, he can't make himself stay away. Brooke is everything Damien never knew that he wanted. Will he be able to let go of his past and take a chance on love?
This is an EROTIC romance. Get a fan ready, because Damien is going to heat you up! 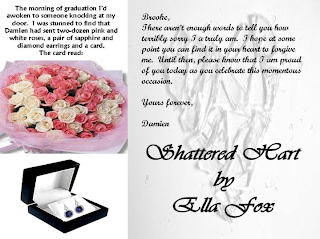 Loving Hart (Hart #3)
Destiny gave them each other...From the moment he saw her, Spencer Cross knew that Delilah Hart was special. Understanding that she needed him to be strong for her, Spencer endured a childhood filled with secrets, lies and abuse. Delilah gave him a reason to live as she protected his heart and kept him from going off the rails.Delilah knew that fate had delivered the love of her life to her at a very early age. Spencer was her anchor and the reason she believed in true love. She'd never doubted that they were meant to be together forever. Until chance threatened to rip them apart...Will Delilah be able to convince Spencer to let go of his demons, or will she be forced to walk away with only the memories?

Unbroken Hart (Hart #4)
There were reasons why Dante didn't believe in love, reasons why he kept people at bay.For the first time, you will find out how Dante really felt about Sabrina from the very beginning. Catch up with the couple that started the Hart Family series. Dante is as steamy as ever!

Meet the Author
Ella Fox writes like a woman possessed whenever she gets the chance!  She is the author of The Hart Family Series, The Renegade Saints Series and The Catch Series.
When she’s not writing, Ella indulges the gypsy in her blood and travels the country.  Ella loves reading, movies, music, buying make-up, reading Tmz, Twitter and pedicures; not necessarily in that order. She has a wild sense of humor and loves to laugh.  Her favorite thing in the world is hanging out with her family and watching comedy movies.
Follow her --> Facebook  Twitter  website/  Goodreads 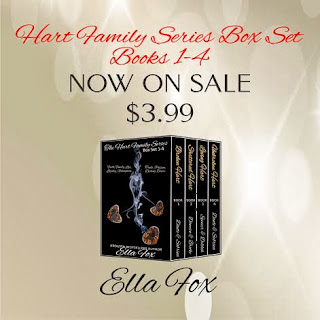