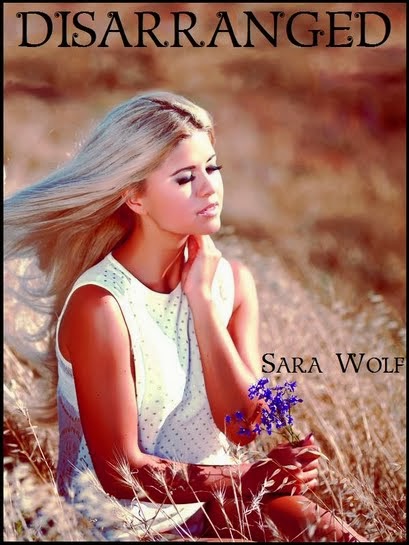 After suffering through heartbreak, Rose is determined to move on without Lee. She can’t cling to her first love forever, and she knows that. As long as he’s happy with his decision, she’ll struggle to move on.

But when Lee's sister Grace invites her to a photoshoot in the French Alps for spring break, Rose quickly realizes it’s a trap – Lee and his new fiance Kiera are there too. Kiera toys mercilessly with Lee and Rose and their feelings for each other.

Even if Rose can muster the courage to be happy for him and Lee can suppress his pent-up desire for her, neither of them can deny there is something more that ties them together than love and lust.

Add to --->Goodreads
My  Review
We start Disarranged a few weeks after Arranged ends.

Rose is taking a trip to Paris. Grace has invited her and this is the perfect way to relax and maybe forget Leo.  Unfortunately, her relaxation doesn't last too long once she finds out Leo is there with his fiancee Keira.

Leo can't believe it. The woman he loves is in the same city and he wants her. He can't stay away. He knows he should leave her alone because he doesn't want to risk Kiera's wrath but when Rose's life is in danger, he is unable to walk away.

I think this book was much better than Arranged. Rose is still naive but she has some fight in her now. She doesn't push Leo away and having Leo's POV helped a lot. Kiera becomes even more crazy in this one. In the end everything works out as it should.
This book is short so you can read it in an afternoon.
James is next.

"I love you, Rose Jensen. Don't you ever fucking forget that." 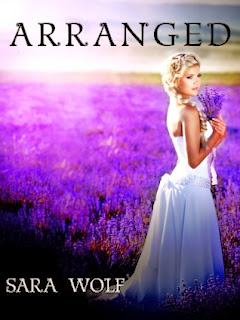 Sara Wolf is the author of ARRANGED, a college-aged romance series centered on an arranged marriage. She’s currently working on her next New Adult romance series. She’s addicted to the Vampire Diaries, loves chocolate and romantic angst, and can’t get enough of damaged heroes.

"You look thinner. Have you been eating?"
"Y-Yes," I say. Do I really look that underfed?
"There's dark circles under your eyes," He continues. "You've been sleeping alright?"
"You have them too," I counter. "Yours are way bigger than mine."
Grace smothers a laugh behind a warm bread roll. Lee still doesn't look at me, but under the table I can see his fist clench on his thigh.
"It doesn't matter what I have," He insists. "If you aren't sleeping well -"
"You look like a zombie!" I raise my voice. A peal of Grace's laughter escapes from behind the bread. People from other tables turn and stare. Lee's so shocked he tilts his head and looks at me, but I falter under the intensity of his gaze and glance away.
"A-A good-looking zombie," I correct myself. "But you just don't look very happy, I think. You...you should look happier. You're getting married soon. That's supposed to be one of the happiest times in your life, right?"
Grace's giggling drops off suddenly. Lee's other hand forms a fist on his other leg. Somehow it feels like I've said something wrong. Maybe I have. But he doesn't look happy at all, and that's hurting me more than he can ever know.