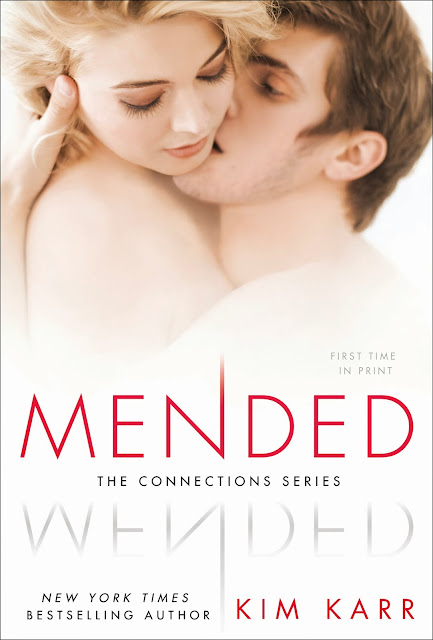 MUSIC HAS THE POWER TO HEAL ALL…BUT NOT ALL BROKEN HEARTS CAN BE MENDED.
Always in control, Xander Wilde considered life on the road to be a perfect fit for him. But when disaster strikes on the Wilde Ones’ latest tour, fate intervenes…and a newly single Ivy Taylor, the only girl he has ever loved, steps back into his life.
After moving past her painful breakup with Xander years ago, Ivy was poised to become the next big name in pop music…when suddenly she withdrew from the limelight—the same day she announced her engagement to her controlling agent, Damon Wolf.
Xander knows he should keep his distance. But once they’re on the road, he can’t resist pursuing her for a second chance. Yet a jealous Damon can’t let her go—and he’s keeping dangerous secrets that could destroy them all.
When the three of them come together, everything falls apart. But if Xander and Ivy can hold tight to the bond that connects them, they just might have a chance at reclaiming the powerful love they thought they had lost forever....
Add to TBR -->Goodreads

I live in Florida with my husband and four kids. I've always had a love for reading books and writing. Being an English major in college, I wanted to teach at the college level but that was not to be. I went on to receive an MBA and became a project manager until quitting to raise my family. I currently work part-time with my husband and full-time embracing one of my biggest passions—writing. I wear a lot of hats! Writer, book-lover, wife, soccer-mom, taxi driver, and the all around go-to person of the family. However, I always find time to read. One of my favorite family outings use to be taking my kids to the bookstore or the library. Today, my oldest child is in college and my twins are juniors so they no longer go with me on these outings. And although I don't need to go to the actual store anymore because I have the greatest device ever invented—a Kindle, I still do. There's nothing like a paperback. So now my four year old and I make dates out of going to the bookstore--it's time I love and cherish. I like to believe in soulmates, kindred spirits, true friends, and Happily-Ever-Afters. I love to drink champagne, listen to music, and hopes to always stay young at heart.

Other Books in this series:

Rock star River Wilde brought Dahlia London back from the brink of hopelessness with his unwavering love and devotion. But their entwined history is about to test the strength of that love…

Dahlia was certain she had found true love and met her ‘Once in a Lifetime’ when she reconnected with River. But Dahlia’s world comes crashing down when someone from her past resurfaces, and all of River’s carefully hidden secrets are exposed.
River wants to show Dahlia that life isn’t about waiting for the storm to pass—it’s about dancing in the rain! But how many times can one broken heart be mended?  Will River and Dahlia be able to face the turmoil together or will they be torn apart?
Amazon   B&N   iTunes
Goodreads

What if a ‘Once in a Lifetime’ could happen twice?

Suffering from a past full of tragedy, Dahlia London's soul has been left completely shattered. Happily ever after is a far cry from reality in her world. But, when she is reconnected with her past, the bonds that form are irrefutable.

When River Wilde, lead singer of The Wilde Ones, comes back into Dahlia’s life, the intensity that fires their relationship combined with underlying feelings that have never died lead her to believe she has met her soulmate.

Struggling with confusion as old connections fade and new ones begin, Dahlia's grief begins to lift--but guilt remains. River wants to be the one to mend all that is torn within her.

But with a past that is never really gone, can their future survive?