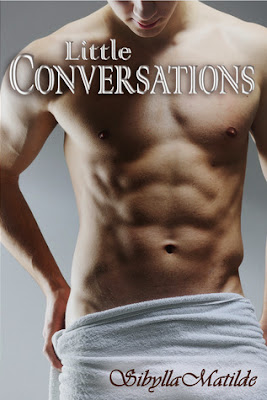 
Eighteen-year-old Devin McKay is a complete and total emotional wreck. Fresh out of high school and on her own for the first time in her life, she’s reeling from rejection of a relationship gone very, very bad. Emotionally battered and tormented by the pull of her narcissistic first love, she wants to make a clean break in a small mountain town where he is everywhere... with his new girlfriend.
Ronin Andrews is still battling his own cataclysmic ghosts. He recoils from anything heartfelt, choosing instead to work hard and live wild. Outside of his job, parties and causal hooks-ups are his life until Devin walks in. With her short skirt and her sad green eyes, he can’t help but want her… badly. His protective streak wants to provide her with a haven, to shelter and sustain her.
Through a flash of torrid intensity, they struggle to be friends... just friends. She relies on him to nourish her shattered soul and shield her heart from the clawing, gnawing loss that has consumed her. Before long, the attraction proves too tenacious, and the passion between them becomes undeniable. But will the shadows of the past prove too much to overcome?

~ Get your copy of Little Conversations ~

Devin sat curled up in the passenger seat of the boat with her feet up to the side as Ronin guided it through the water with Shane and Joe skipping along behind them on the tubes. She watched his hands as he worked the mechanics of the boat, and her thoughts strayed to remember the tender touch of those hands on her skin. A sudden surge of warmth filtered through her.

Ronin laughed as he looked behind them to see Shane flying off the tube. He began to turn the boat, glancing at Devin as she intently focused on his hands gripping the boat’s wheel. Feeling his eyes on her, she looked up at him and practically combusted by the undeniable heat in his gaze, the magnetic pull that took her breath away. It was as though neither one of them could look away.
“Ronin!  What the fuck!?” Shane began to yell as he treaded water while the boat cut into a huge arc around him, nowhere near close enough for him to grab the tube.
Shane’s frustrated shout seemed to jar Ronin from a stupor, and he shook his head and looked away from Devin. “Damn, baby,” he chuckled under his breath and looked over at Shane, guiding the boat closer so his friend could climb back onto the inner tube. “I’m done, guys. Someone else gets a turn to drive,” he called out as he directed the boat back to shore.
Devin chewed her lip as they got closer to the shore, aching to have Ronin’s arms wrapped around her as the swiftly cooling air raised goosebumps on her skin. She hastened another glance at his profile in the slowly fading light. She became aware of every pulse of blood through her body, every little goosebump that rose on her skin. Ronin glanced over at her to see her once again looking up at him in the golden early evening light. He jerked his gaze towards the shore again, softly speaking. “Gotta concentrate, honey,” he smiled, then glanced at her with a wink. “And you looking at me the way you’re looking at me really is not helping.”
Devin flushed with a smile and turned her face to the shore, into the breeze as the boat sped through the water.
“Come here, though,” Ronin said quietly, holding out one hand as he steered with the other. Devin stood, and he pulled her up against his side. She leaned into his solid strength and inhaled the air around him deeply into her lungs.
“There, that’s much better,” he whispered against her forehead, and she melted against him.

Sibylla Matilde grew up in the mountain valleys of Southwest Montana, and grew up exploring the alfalfa fields on the back of a horse. She attended a two-room schoolhouse 1st through 6th grade where she had same teacher the whole time. Beginning at about age 12, Sibylla discovered historical romance, feeding off of work of Jude Devereaux, Lisa Kleypas, and Karen Robards. She loves a book that can make the reader run the gamut of emotions, from the sweet glow of new love to gut-wrenching heartache. She always has stories floating around in her head, living in some fantasyland until she writes them down to free them. She is a true romantic, a bit of a Pollyanna, and a deeply emotional soul.
Music is her emotional trigger. Growing up with a Wagnarian-opera-loving mother, Sibylla grew up with music that digs deep into her soul and pulls out emotion. The soundtrack to her life includes different genres and generations. She looooooooves Thirty Seconds to Mars (rather obsessively, actually) with a little Kings of Leon to mix things up, and pimps them out regularly to all her friends through Spotify. She also enjoys watching Met Opera HD broadcasts at her local movie theater, and hopes (listening Met?) to someday see Diana Damrau reprise her role as Mozart’s Queen of the Night in Die Zauberflöte – The Magic Flute.
Sibylla lives with her husband, Mike, a man who she firmly believes saved her from her self-destructive, hot mess self. He makes her laugh every day, even when things seem to be falling apart around them, and has proved to her that love really can heal a shattered soul. In 18 years, they have never had a fight, but argue regularly with their two teenage kids who have, unfortunately, inherited their father’s quick wit (unfortunate as it is a quick wit that Sibylla, herself, definitely does not possess – there is a reason she is a writer and not a stand-up comedian), and live a quiet life with their two weird little rescued Chiweenies. Wait… teenagers and little yap-dogs? Okay, maybe not so quiet. :)
For more information on Sibylla Matilde, check out her ~