Disclosure of the Heart by Mary Whitney Blog Tour and Giveaway 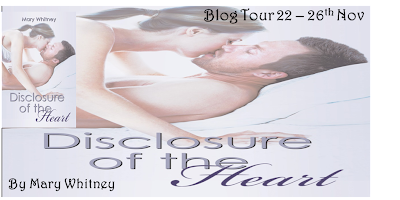 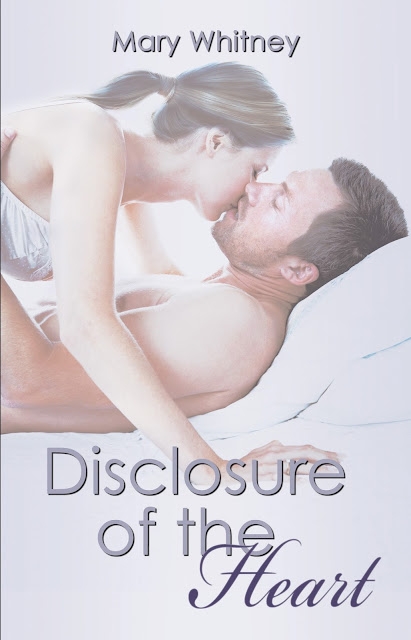 Disclosure of the Heart
by Mary Whitney
Hosted by: Bare Naked Words

Sixteen years is a long time to wait for your true love to reappear, and, anyway, Nicki Johnson couldn’t wait for the impossible to happen. Hard life lessons have taught her that fairy tales are children’s stories, and fate is cruel. Burying her hopes, she’s spent the last sixteen years focused and driven toward her career, and it’s landed her with a job at the White House with a gem of a boyfriend. But when her high school love, Adam Kincaid, walks into the White House as a BBC reporter, Nicki’s world is thrown into turmoil as she relives their past. Adam has come back for her, but has he arrived too late?

Excerpt
“I’ve been meaning to tell you something.” I leaned against the doorjamb and crossed my arms, hoping to signal that if I didn’t sit down, it wasn’t worth a real discussion.
“What’s that?”
“Just that I knew Adam Kincaid in high school.”
Smiling, Matt cocked his head and leaned back in his seat, giving his belly a wide berth from the desk. “Adam with the BBC? How did that happen? I thought you went to high school in Texas.”
“I did.”
“Was he an exchange student or something?”
“No. His dad is a geologist and worked for a year in Houston for an oil company.”
“Wow, what a coincidence. Were you friends?”
It was the logical question, but I wanted to laugh. Adam wasn’t my friend. We were never friends. If he’d been my friend, I would’ve stayed in touch with him over the years. But if I told Matt no, I’d lead him completely astray. I had to at least disclose there had been something romantic between Adam and me.
I shrugged. “We went out…a few times.”
As soon as I said it, I kicked myself. I shouldn’t have added “a few times.” I’d just lied to my boss. Yet if I left it open, he could probe more. How could I tell him anything else? I never talked with anyone about Adam.
Matt placed his hands behind his head like he always did when he wanted to enjoy a juicy story. He snickered and asked, “So you kissed him?”
What a question. What hadn’t I done with Adam? Hoping a joke would make everything feel less like a lie, I smiled and said, “Maybe.”
That brought out Matt’s big belly laugh. Thank God for sexual harassment laws because he didn’t press me on the issue and instead moved on. “So did you keep in touch after he left?”
“No, but I’ve kept up with his sister, Sylvia.” I took a deep breath, happy I was back in the land of the complete truth. “She lives in New York.”
His tone became more serious. “I suppose I should ask if you plan on striking up something romantic with him again.”
“Uh, no.” My response was immediate and without forethought. I was pleased of that. Though I wasn’t proud of the twinge of regret I felt after I’d said it.
“Just asking. You know it’s my job to look out for that sort of thing,” he said, looking at his watch. “I need to get going. Thanks for letting me know. I don’t see it as a problem.”
“Thanks. Have a good night.”
“You, too.”
I turned around, feeling like I’d gotten away with murder but happy for it all the same. Yet just as I took a few steps away, I heard him say, “Oh, Nicole.”
“Yeah?” I asked, looking over my shoulder.
Matt wore his most devilish grin. “Have you told Juan Carlos?”
I froze at the thought, but somewhere I found a smile to fake for the moment. The best thing to do when you don’t want to answer a question is change the subject. I rolled my eyes and said, “I gotta’ go. I need to catch my train.”


But Matt knew me too well. As I walked away, I heard him laugh. “I didn’t think so.” A few seconds lapsed, and he called from his office, “You know what they say about jealous Latin men!” 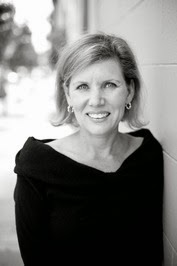 Even before she graduated from law school, Mary Whitney knew she wasn’t cut out to be a real lawyer. Drawn to politics, she’s spent her career as an organizer, lobbyist, and nonprofit executive. Nothing piques her interest more than a good political scandal or romance, and when she stumbled upon writing, she put the two together. A born Midwesterner, naturalized Texan, and transient resident of Washington, D.C., Mary now lives in Northern California with her two daughters and real lawyer husband.
Social Links:
Facebook   Twitter   Website   Goodreads