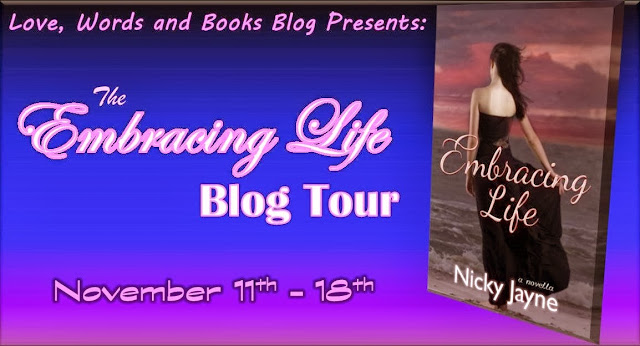 Moving to San Diego was supposed to be a fresh start for Melanie. Three years of sun and sand and she would be heading to college. No matter how far she went her nights were still tormented by his face. But her days were filled with another type of torment Josh! The eager young lacrosse player who wanted nothing more than to claim her heart as his. Their friendship bloomed but as quickly as it started a traumatic event ended it. Friends have kept them apart. Thinking it would be the best for both of them.
Sadly there are just some things in life that you cannot run away from. They always find you in the end.
Will they find each other? Will Josh be able to save Melanie from her past as well as herself?

Excerpt
(Melanie)
Why does he look at me like that?  What am I to him? If he knew the real me, he wouldn’t even give me a glance, much less look at me like that.
I don’t want to be here, but I am stuck in this small piece of hell. My past is behind me, but it still keeps me on my toes. Watching him watch me creeps me out. Chills shiver down my spine as I think of what he must be thinking whilst looking at me.
Starting a new life in a new state and a new school is not as easy as it sounds. There are so many obstacles that I never thought I would have to overcome. Making new friends, however, has been a little easier than I thought. Katie and her boyfriend Mike have made the transition much smoother. Katie is everything I wish I could be. She is outgoing and everyone’s friend. But damn, don’t ever get on the wrong side of that girl.
I instantly think the worst of people. It’s a habit that I find hard to break, so yeah, I wondered why Katie and Mike were so persistent about being around me. For the first week or so, it was as annoying as hell. I thought maybe I could kill them with kindness and stone silence, but that didn’t work. In fact, it crashed and burned. I can still smell the smoke from the flaming wreckage of my behavior.

Embracing Life-Embracing Love by Nicky Jayne from The BookChick on Vimeo. 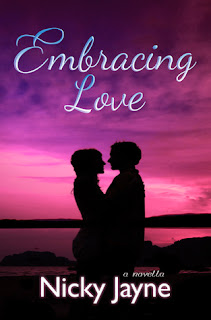 The storm clouds break above them, lightning illuminates the sky. A kiss. Who knew one kiss could hold so much weight, could change a life so much.
Josh’s words play over and over in her mind, the sensation of his lips upon her.
New feelings, new sensations rock her. Warm feelings engulf her. As she dances in a sea of new beginnings.
He hides in the shadows as his prize is taken from him. His burning eyes follow her. Things haven’t gone according to plan, but he will bide his time. An unknown figure will help him achieve his goal. This time he will not fail, this time she will be his.
Josh’s body shields her from the unknown. Holding onto her for dear life as she slips away into her nightmares. Nightmares that have become reality.
Familiar faces, show themselves as strangers. She wants him, he wants her but can they move on and make a life.
Can he be honest with her? Can she bear her soul to him?
Add to -->Goodreads   Buy at -->Amazon

From her passion of reading, Nicky Jayne took the next step. Putting her thoughts to paper. She was born and raised in England, moving to the US what seems like decades ago. Nicky Jayne lives in Las Vegas with her husband and two boys. She stands by her husband as he serves in the U.S Air Force.
As a mother of boys, she is not afraid to get her hands dirty. Whether it be camping, building or standing on the side-lines, cheering for them as they play sports. She is right in the mix and loving it.


She never thought in her wildest dreams would she have the courage of the patience to sit and write but embracing all that she has before her. She took the plunge and began to write.