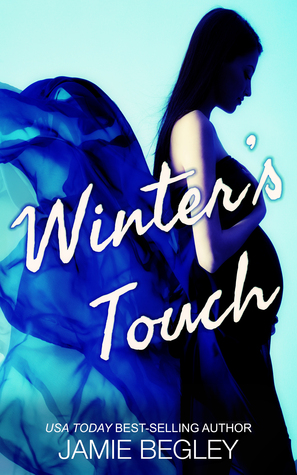 As president of The Last Riders, Viper’s only fear was losing his wife. After all, he had almost lost her once before.

As wife to the president, Winter lived in fear every day: fear that a club enemy would take Viper from her, fear that one of the club women would tempt him to stray, fear that she wasn’t enough of a woman for him. One thing Winter didn’t fear was risking everything to carry her husband’s child, even her health, yet Viper refused to take the chance.


Losing hope, Winter made one last ditch effort, determined to make Viper realize that some things were worth fighting for besides the club.

"Not all angels fly in the sky. Sometimes, they come in, riding a motorcycle."


When I open a new Jamie Begley book I know I'm going to enjoy it. The Last Riders MC world is an amazing one. Those characters are so well developed that it's so easy to remember them and what they are known for.

Winter and Viper were featured in Viper's Run, which is book 2 in the Last Rider's series. In Hostage, we learn that Winter wants to have a baby but Viper is against it because he knows it could be dangerous to her due to her past surgeries.

As with prior installments, there is danger lurking. The guys are on high alert trying to defend their loved ones and their territory. There is also a misunderstanding between Viper and Winter which leads to some conflict but what I love about Jamie's writing is that she didn't make it longer than it had to be. Saying that, I wanted to scream at Viper when he was pushing Winter away.  I found his excuse to be lame.

For lovers of the Last Riders series like me, you'll be getting everything you want from Winter's Touch. There is sexy time, awesome banter, the setting for books to come, and of course an insight into the future which only makes me want to read those characters stories too.

I loved this book. For me, it was PERFECT!